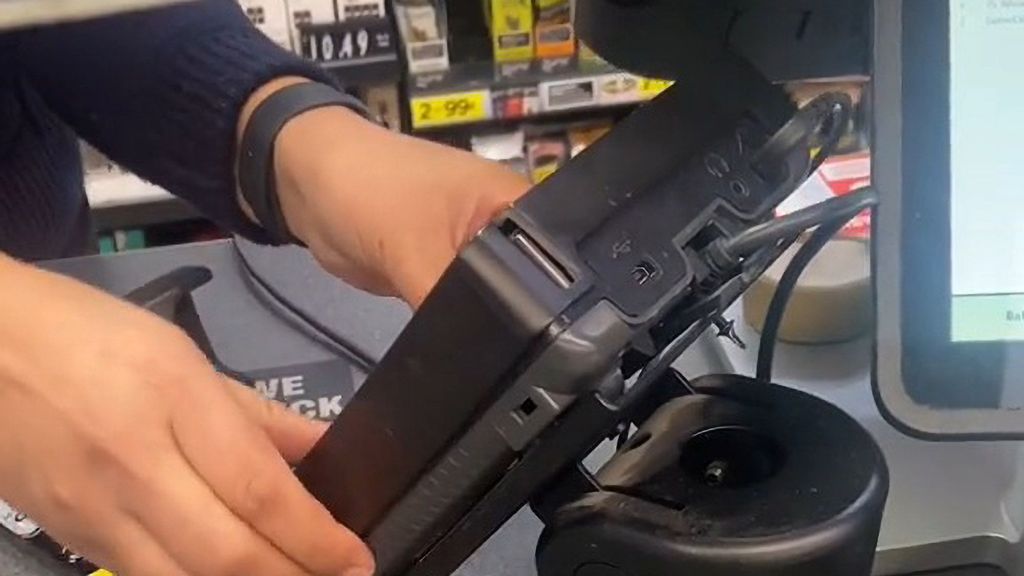 McKinney woman discovered a skimmer on a credit card reader at the counter of a busy convenience store. (@obsessedwithny/Zenger)

This is the viral moment a Texas woman claims she was scammed of USD 600 at a 7-Eleven store when she reveals a card skimmer in plain sight at the counter.

Nyshje Rattler, from the city of McKinney in the US state of Texas, went back to the store and claimed that she found a card skimmer being used after her bank account was allegedly wiped clean.

She shared images of her finding the so-called skimmer, a device installed on card readers that collects card numbers, on her TikTok account, where the video has gone viral with over 20 million views.

“I didn’t think it would happen in McKinney of all places.”

She said she went to buy a bag of crisps at the 7-Eleven shop near her home last week when the worker told her “you don’t have the money”.

She phoned her bank and was told that her account had been emptied.

She remembered making a small purchase at the 7-Eleven store she regularly pops into on the night of 21st March.

Rattler said: “He [the cashier] was obsessive about how I placed the pen down, so I thought that was weird… I kept replaying it in my head.”

She knew of a card-skimming incident in Los Angeles and decided to go back to the shop to inspect their two card readers, adding: “I compared the two, and I noticed that the one I grabbed was bulkier on the side, kind of sticking out. It wasn’t flat like they said. So, I just lifted it up, and it came up.”

The local police are currently investigating the matter.

The police also said that one other possible victim has come forwards since Rattler released her video.

The store manager has yet to comment on the allegations as the investigation continues.