Music Sensation Joonie Is His Own No. 1 Fan 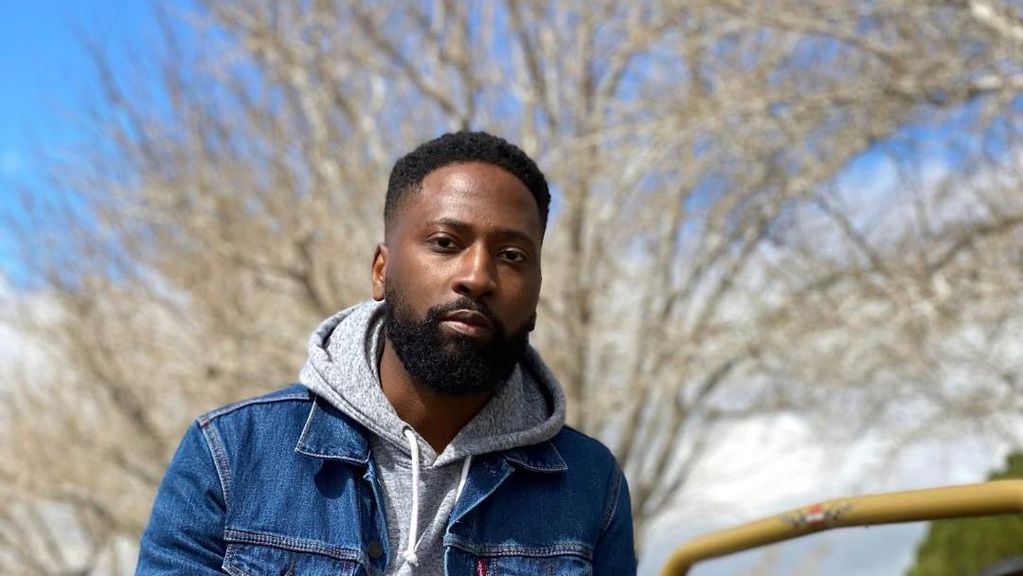 Calvin Gary, better known as Joonie, calls his latest project his “third masterpiece.” Titled “Yellow Dust,” it reaches a broad fan base because of the diverse sound and attention to detail. (His other two albums are “Acoustic Love” and “Contrast.”)

An avid fan of his own music and sound, Joonie understands the importance of him connecting with his music before putting it out for public consumption. In fact, when he created the song, “Love You More,” it literally saved his career. At a time when he thought about walking away from music, creating that tune not only kept him engaged, it also anchored his first album.

Now, Joonie is here to stay, and his latest release solidifies him as one of the elite soulful voices in music.

Joonie lets Zenger in on the meaning of “Yellow Dust,” the importance of being your own best fan, and much more.

Joonie: I’ve been good, man. I’m just glad we’re on the back end of this pandemic, hopefully. You never know how things take a turn. When it first hit, everything shut down, it was rattling because most people didn’t know what was happening. I’m pretty grounded, so I’ve been fine.

Zenger: You provided a truly inspiring album during the pandemic titled “Yellow Dust.” Was it difficult being creative during those times?

Joonie: I didn’t shut down creatively, but by the time that all came about, I was pretty much done with the album. I just felt it was the best time to release it with the message. It was more of just putting it out and being able to connect with people. That was probably a little bit more challenging than I think it would have been if everything wasn’t happening around that time. Nevertheless, it’s gotten a great response, and I’m glad I released it when I did.

Zenger: That title has so much meaning. Could you elaborate on why you named it “Yellow Dust” and how that revolves around a sunflower?

Joonie: I can’t remember the guy, but I was listening to an interview, and they were talking about the sunflower and how it was used in parts of Japan to absorb radiation. I just thought it was interesting and figured, what if we as people took that concept and applied it to our daily lives and absorb the negativity around us and then go a step further and exude positivity. Just look at every situation that brings negativity and just put some positivity in it. I just feel like this world would be so much better if we took that approach. That’s where the concept of the title of the album came about. It was my offering to the world of positivity for everybody to pull from.

Zenger: On the song, “Beautiful” you got participation from Tweet, who I love. Was it difficult getting her on, since she’s been away from music for a while?

Joonie: It was a pretty easy process. We wanted to get on a song together for such a long time. I was sitting there working on the song, and I was like, “You know what, I need to get Tweet on here.” I reached out to her, and before she heard the song, she was like, “Yes!” I sent her the song and she was going bananas over it. She wrote her piece and we made it happen. It’s a beautiful song with a great message, as well.

Joonie: That’s a tough question. There are so many amazing artists out there. I’m such a creative person, a lot of the stuff I do is me. It’s hard to describe. I get in my zone. The older I get, the more I get more open to collaborating. There is not a specific person that I can think of, but I’m definitely open.

Zenger: “Yellow Dust” is such a complete album. If we’re looking at it from a sports view, baseball players know when they hit the perfect ball. You will hear a basketball player say they knew the shot was going in when it left their hand. Did this feel like that perfect album and sound when it was completed for you?

Joonie: Yeah, it did. Honestly, all my albums feel that way when I finish with them. It’s like, “Yo, this is it.” The reason is, I created it from a place for my own enjoyment. I know people think artists create things and they are biased and cocky at what they do, but for me, as humble as I can say it, I just enjoy my music.

The beauty of music is, everybody won’t love your music and like what you do. But in the same breath there are so many people that will connect with it and get the message and enjoy the vibe. That’s the part that I’m looking forward to the most when I release records. I enjoy listening to it in my car when it’s done, but when I actually release it and see people connecting with it, that’s the part that gets me. For me, it’s one of the three masterpieces.

Zenger: You have a soulful sound that connects with a broad audience. How important is that for you?

Joonie: I hope that a broad audience would accept it, but I don’t put much thought into that. I don’t even put thought into reaching what would be R&B/Soul. This is the artist side of me speaking. The music business inside me says, yes, R&B/Soul is what I need to cater to. When it comes to the creative part of it, I don’t think about it. I just want people to connect with the music, so when I create, I create from a place of what I enjoy.

You listen to a lot of the songs on the “Yellow Dust” and some of them are soulful, others have an Afro-centric feel. That’s just what’s inside me. I’m never thinking, “This has to be a R&B/Soul record, and it has to reach this group of people.” I’m always thinking, create what you feel and it’s going to be whatever, as long as you connect with it, somebody is going to connect with it. That’s what keeps it refreshing for me.

Zenger: Do you have a go-to artist that you listen to on a chill day?

Joonie: I’m laughing because I did an interview earlier and we laughed about this. I’m very humble and have been over the years, but I’ve learned not to be. My go-to artist is my own music (laughing). Don’t get me wrong, I respect a lot of artists and I just love music. There are so many different great artists — H.E.R., John Mayer, Adele — that I listen to. There’s also Nat King Cole, the classic soul music, but I probably give myself the most strings out of anyone. I’m my #1 fan. And the reason why is this is music I have created from places where I’ve been in my life and the head spaces I’ve been at in my life that got me through both hard and great times. It’s the way that I express myself, so when I listen to this music, it uplifts me, it makes me feel a certain way because it’s me.

Zenger: You think of music in a different light than many, and you can hear your passion coming through just discussing it. That being said, early in your career, you nearly quit the industry. What kept you around?

Joonie: I was young, it was after I got a deal with a major label. We just went through some things. I was still growing in my style. During the time of that deal, some changes started to happen, and we started doing music that wasn’t me. It just pulled me away. I was doing stuff that was just completely out of my character and how I saw myself. When I got out of that situation, I stepped away, didn’t really have the passion for music.

What pulled me back was, there is a song on my first album called “Love You More.” I remember it was a rainy evening in Seattle, where I used to live. I’m sitting there in my studio apartment with the window open, and I’m listening to the rain, and I picked up a guitar and started going for it. I would call that song my saving grace song. After that song, I didn’t really care. I wanted to do what I felt. I think that’s what brought me back to creating music the way that I felt it should sound. If you listen to that song, it was a very simple song, but it was the defining point of me coming into who I am as an artist.

Zenger: I’m upset with myself for just discovering you, but I’m glad I did. Great talking to you and continue to keep pushing great music.

An earlier version of this article incorrectly included the album “No vacancy in our legacy” on Calvin Gary’s list of credits. That album was by a different Joonie. Calvin Gary’s three albums are “Acoustic Love,” “Contrast,” and “Yellow Dust.”

«Previous Post
Legacy Of Chanel Is Going On Display In A New Fashion Exhibition Opening At Melbourne»Next Post
Goldsmiths Are A Special Breed Of Artisans, Though The Trade Is Declining