Some, But Not Much, Relief In Sight At The Gas Pump

Gas prices in some states are considerably higher than at this point last year. 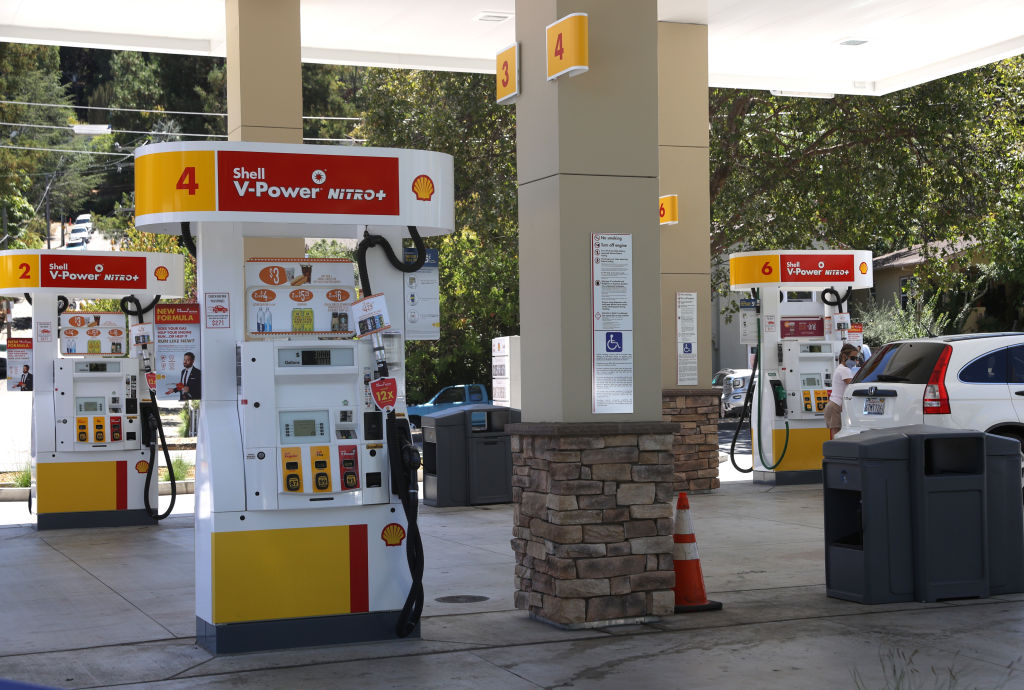 Consumers continue buying gasoline at an increased pace, but demand for gasoline is not yet at pre-pandemic levels. (Photo by Justin Sullivan/Getty Images)

Consumer demand for gasoline is not yet at pre-pandemic levels and there may be some relief in store at the pump, albeit temporary, analysts said.

Automotive club AAA on Tuesday reported a national average retail price of $2.87 for a gallon of regular unleaded gasoline. That’s relatively unchanged from week-ago levels, but some 5.5 percent higher than one month ago.

Jeanette McGee, a spokesperson for AAA, said that some of the headwinds behind the price of crude oil, a major component of the price at the pump, have ebbed and could bring at least some level of consumer relief.

“These are positive signs that less expensive gas prices could be around the corner, but not enough to indicate a steady trend just yet,” she said in a statement.

Crude oil prices were elevated last week because a cargo ship, Ever Given, was stuck in the Suez Canal, an artery that handles about 10 percent of global crude oil shipments. Efforts to free the vessel succeeded on Monday, pulling the premium from the price of oil.

A look at state-by-state averages finds California, because of high state taxes, has the highest average price in the continental United States at $3.90 per gallon. Perhaps reflecting the uptick on demand on easing pandemic concerns, the average price for Tuesday was 27 percent higher than year ago-levels.

Mississippi, which, because of its proximity to the concentration of refineries along the U.S. Gulf Coast, has the lowest price in the nation at $2.59 per gallon, some 9 percent higher than this time last year. Mississippi is the only state in the country with an average price below $2.60 per gallon.

Matthew Kohlman, an associate editorial director for clean products analysis at S&P Global Platts, said from Houston that consumer demand is on the rise, but not yet at pre-pandemic levels.

“Consumers are coming back to a landscape where some refineries have permanently closed and some in Texas still struggle to return from February’s deep freeze,” he told Zenger News.

On demand, the U.S. Energy Information Administration, part of the Energy Department, reported that the total amount of petroleum products supplied to the market, a proxy for demand, was down 10.7 percent from last year for the four-week period ending March 19.

Patrick DeHaan, the senior petroleum analyst at GasBuddy, told Zenger from Chicago that demand was down somewhat and that provides some relief for consumers.

“Right now the chances of $3 per gallon for the national average have faded, but I believe it to be temporary,” he said. “We still may be at risk of that in April and May and the summer, should COVID recovery continue.”