Eye of the Storm: Killer Typhoon In Philippines Devastates Country

Goni’s 130 mph winds leave a post-apocalyptic landscape in its wake. 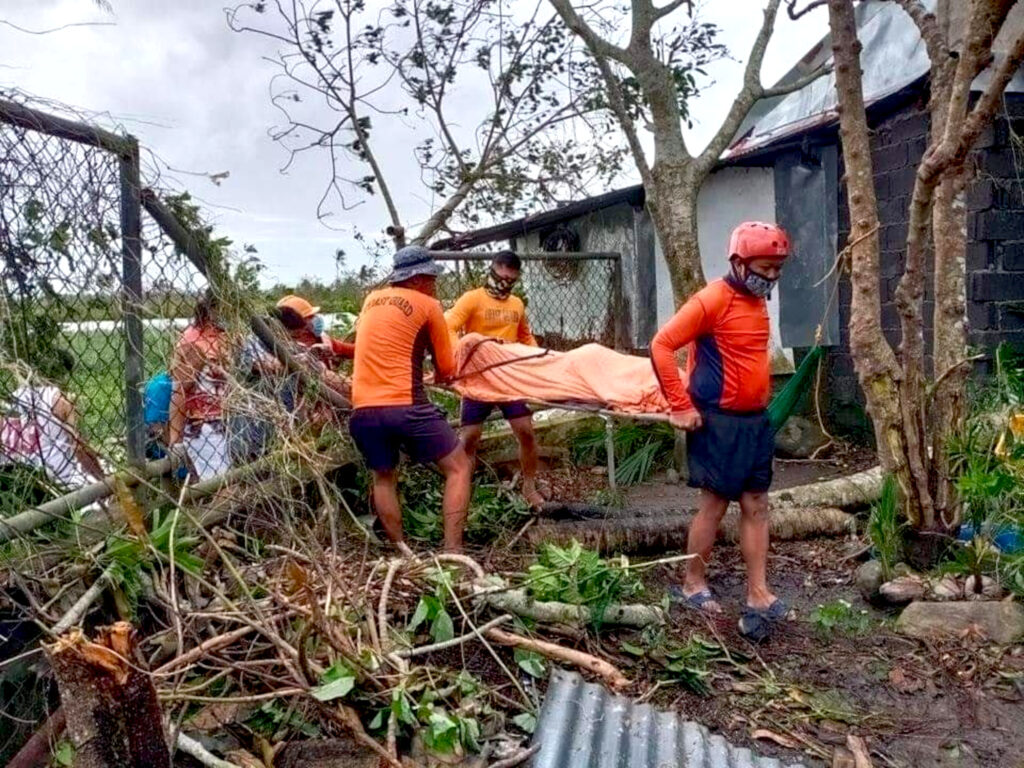 MANILA, Philippines—Typhoon Goni swept through the Philippines on Nov. 1 before eventually losing its intensity.

Dramatic footage shows how Goni left entire buildings destroyed after it entered the islands with intense winds on Sunday, forcing 350,000 to flee their homes. Clouds of smoke can be seen in the distance scattered throughout the territory.

The video was recorded from a helicopter in the Philippines, an archipelagic country located in Southeast Asia, known for its tourism and paradise beaches. It was published Nov. 2 on Facebook by the Philippines Coast Guard.

As the helicopter gets closer, its clear almost every house has suffered serious damage.

Between 19 million and 31 million people could be affected by the typhoon, according to the disaster management agency. That includes those in danger zones and in metropolitan Manila. The capital region has more than 13 million people.

Goni has also caused volcanic mudflows, which have led to the burying of houses. More than 50,000 homes were left without power on Nov. 2.

As of last week, 20 deaths were reported.

Once the typhoon hit Manila, the city had to shut down its airport.

Many provinces are still in the process of recovering from another typhoon that hit a week ago and left at least 22 people dead.