Why Nintendo’s sales are skyrocketing during pandemic

Nintendo’s Switch console has flown off shelves since its March release. 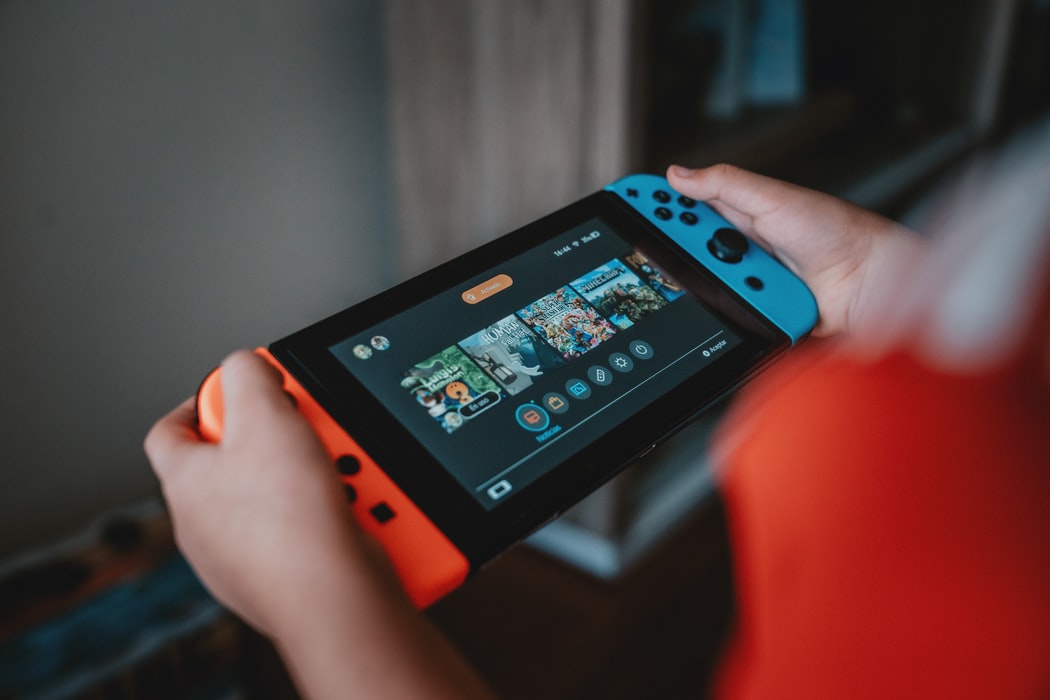 A person plays with a Nintendo Switch. (Alvaro Reyes/Unsplash)

While the U.S. economy faces the worst economic downturn since the Great Depression and many businesses are forced to close or reopen slowly, one industry is booming: video games.

And not just any video games. The new Nintendo Switch came out on top as people stuck at home bought it in droves when the pandemic began in March. Collaborative, multiplayer games, casually referred to as “couch-cooperative,” such as “Animal Crossing: New Horizons,” “Mario Party” and “Mario Kart” that can be played virtually with others, are making a huge comeback in the gaming world and driving Nintendo’s profits through the roof.

“The Switch is the phenomenon of the lockdown period,” Pelham Smithers, a technology and video game analyst with more than 25 years’ experience analyzing Japanese tech companies, told Zenger News. “I was looking upon the various Amazons—Amazon U.S., Amazon UK, Amazon Japan—to see what the price of the Switch was. Pre-COVID, the recommended price was $299. It’s now £500 in the UK [equivalent to $635 USD], and 46,000 yen [$424 USD] in Japan. That’s almost double the recommended price. It’s absolutely staggering, the popularity of Nintendo.”

The Nintendo Switch console is now so popular that it has sold out on most major retailer websites. As of this writing, on Amazon U.S., a used Switch was listed at $470, with one left in stock. The reason Nintendo is so popular, Smithers said, is simply because of the way the console is designed. It allows people in the same room to play the same game on one console.

“With families isolating together, Nintendo is one of the few video game systems in which it’s actually quite easy to have several people playing in the same room,” he said.

There’s no reason for a Playstation, he said. “Playstation, same with Xbox, only comes with one controller. If you’re in lockdown with the normal equipment, there’s only one of you who can play with it. And the games are designed for one person playing on one machine, and the multiplayer games are all playing over the internet. Nintendo Switch is in a unique position in that regard,” Smithers said.

The Playstation 4 console supports up to four controllers and the Xbox One up to eight and additional controllers are sold separately.

Nintendo Switch sales skyrocketed 24% in the past year, and Nintendo video game sales soared 42% since March 2019, according to the Japanese video game company’s annual report.

Breakout game “Animal Crossing: New Horizons” sold 11.77 million copies in less than two weeks after its initial release in March, and sold 13.44 million in the first six weeks of its release. Meanwhile, Super Mario Kart 8 Deluxe, Super Smash Bros. and other Nintendo Switch games are all the top-selling installments of their respective franchises as of last month, according to Nintendo, beating out the Wii U, Wii, 3DS and DS versions.

Rep. Alexandria Ocasio-Cortez, D-N.Y., is one of the many people who have been swept into the gaming world during the pandemic. In early May, she opened her Twitter direct messages, known as DMs, for four minutes to receive friend codes, or “Dodo” codes as they’re called in “Animal Crossing,” from fellow players so she could visit them in the virtual world.

“Hi there! Very new to this,” she tweeted. “I would like to visit random people’s islands and leave a doodle or note on their bulletin board. Can I do that? If so, how? Should I open my DMs for the first time since the Zuckerberg hearing for the Dodo codes??”

Thousands of her followers liked and retweeted her announcement about the game, in which players can escape to a deserted island, create their own utopian paradise and show it off to family and friends.

“Honestly, never in my life did I think opening my DMs would grant me faith in humanity, but the brief window actually resulted in a lot of these messages being very wholesome,” Ocasio-Cortez said. “People are asking for surprise visits to their spouse’s islands!! This is the love everyone deserves.”

After “visiting” followers and constituents, Ocasio-Cortez announced she would open her DMs for another four minutes to receive more friend codes. She even gave a commencement address for an Animal Crossing graduation.

The enthusiastic response to Ocasio-Cortez’s presence in Animal Crossing is just one example of how deeply that game, and other Nintendo games, have infiltrated American culture during the pandemic.

Much of the gaming industry has moved away from couch co-op consoles and games, but Smithers thinks the coronavirus pandemic will help boost their popularity again in the long run.

“The reason why couch cooperative games went out of fashion is because, let’s say you had four people on a motor racing game and they were in different parts of the track. To show that, you had to split the screen into four segments. That actually is quite tough. There’s not much room in a normal-sized TV. It makes the screen quite small for one player,” he said.

“With the Switch, everyone has their own LED screen. One person could play on the TV and everyone else on their LED screens.”

Unlike other console systems, players don’t have to rely on one TV to play Switch games.

To date, the Nintendo Switch has sold 55.77 million units worldwide.