The male-dominated field is becoming less so during the pandemic. 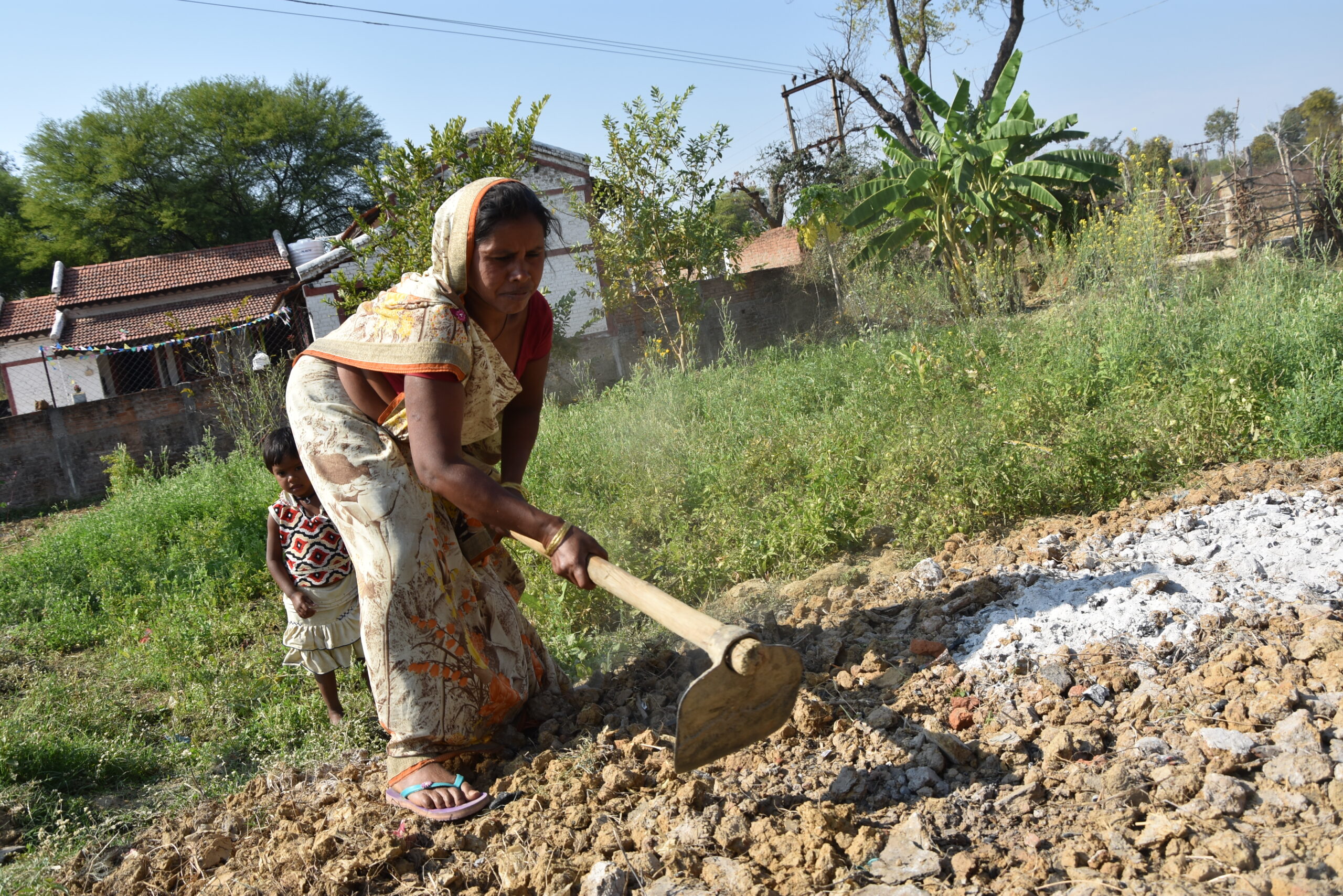 In villages across India’s Chhattisgarh state, more women are turning to farming to sustain their families. While these female agriculturalists are helping to boost agricultural productivity in the region, their efforts are also feeding their communities during the coronavirus pandemic.

Kiran Sahu is one of several women farmers who have recently cultivated once-barren land near Mokhla village in the state.

Mokhla, on the banks of the Shivnath River, is one of 2,000 tribal villages where women have taken up farming for the first time. This has led to a 37% increase in cultivated land area in the state in recent years, according to a news release from Chhattisgarh’s agriculture department.

These women farmers face criticism in the traditionally male-dominated sector, but they are confident their contributions have proved invaluable during the ongoing crisis.

Walking through her bottle gourd farm, Sahu said, “This is my first produce, and I can already see other seasoned farmers turning green with envy at my success. We had been given a fallow piece of land, and other farmers expected us to fail so that we dare not step into their territory again. The hard work my friends and I have put in has paid off.”

Another woman farmer is Saraswati Bai, from Alkatari village. “Our vegetable harvest could not have come at a better time,” said Bai. “After the implementation of nationwide lockdown because of coronavirus in March, the supply chain for fresh vegetables and fruits got disrupted, leading to a shortage of such goods in the villages. But we emerged as saviors for nearby villages as we provided them with fresh vegetables at reasonable rates.”

Women farmers were a rarity in India until recently. Although women are deployed as helpers in large numbers, women were rarely seen in roles involving decisions on crop selection, irrigation and harvest. Societal taboos prevented them from assuming the role of farmers, keeping them working on the sidelines as laborers and engaging in labor-intensive occupations including sowing, winnowing, harvesting, and rice transplantation.

Tired of receiving less pay as men for the same work, Shyama Bakhla, who worked as a farm laborer, formed a group with other women in her village of Vijaynagar, to discuss and find solutions to their problems. Wage discrimination was the main item on the agenda.

“While men received 300 rupees ($3.97) per day for harvesting sugarcane, women only got 70 to 100 rupees. This divide has been there for ages, and we are supposed to accept it and not argue. But a few of us realized the injustice and decided to take matters into our own hands,” said Mangho Bai, a farm laborer from the Lundra forest range in Surguja district.

The group discovered from conversations with customers and local officials that there was a big demand for biscuits made from ragi, but existing farmers in the area were unwilling to grow the crop. Seeing a market opportunity, they decided to start cultivating ragi, a type of millet.

However, the lack of land ownership by women presented a challenge. In India, 85% of rural women are engaged in agriculture yet only about 13% own land, according to a 2018 Oxfam India report. In a similar vein, a 2018 survey by the University of Maryland and India’s National Council of Applied Economic Research found women constitute over 42% of the agricultural labor force in India, but own less than 2% percent of farmland.

The Chhattisgarh government set up a pilot project in Vijaynagar to address the disparity, providing the group of women with a 100-acre parcel of land for farming, said R.K. Chandrawanshi, joint director of the state agriculture department.

The women faced further challenges as the land given to them was barren. But despite that challenge, about two dozen women from the village worked to transform it into cultivable land. Noticing their efforts, other women joined the group and started producing vermicompost in their homes using kitchen waste.

As a result, the women produced 170 quintals (18.73 tons) of ragi, selling it for 40 rupees per kilogram to the government, Ajay Anant, deputy director of agriculture, Balrampur, told Zenger News.

Their success helped the women gain more confidence as farmers. Vijaynagar’s Bakhla, 40, leaves her hut in early in the morning. She is joined on her way to the fields by her fellow farmers, Charshila Ekka and Tashrul Nisha. The sight of the group of women walking toward the fields carrying farming tools is an unusual one in their village.

Traditionally, women in the village start their day with household chores and men go to the farms. Now, these gender roles are being reversed.

“Earlier, I used to help my husband in the farm, while he made all the important decisions like which crop to sow, when to water, fixing the selling price of the produce. Now I am the one who makes these decisions, and he helps me out,” said Bakhla.

Shiv Kumari Patel, from Karhi Kachhar village of Bilaspur district, says she made her move into farming after the death of her husband. “I decided to cultivate my farm to make a living and provide for my three children,” Patel said. “The very first day that I picked up the plow and went to the farm, men from the village came to tell me to go back home as, according to them, women were made to perform domestic chores and were not to step out of the house to work, be it any profession. [Some] women also pressured me to give up farming and listen to them. But as I had to work to feed my children, I refused to bend down to social pressure, and I am now a successful farmer,” said

As their efforts began bearing fruit, women in Chhattisgarh became involved in other agricultural activities, such as the production of organic manure and compost. Farming has also helped them get through the lockdown while avoiding severe financial crisis.

Ram Bati, a vegetable farmer from Patan, said farming has helped women to support their families during the pandemic. She sold vegetables worth 50,000 rupees during government lockdown to control the spread of COVID-19. “We have produced vermicompost worth 55,000 rupees this year. We used some part of compost for our own farms and sold the remaining,” said Vimla Devi, a member of a women farmers group from Kabirdham district.

“We are now preparing 10 quintals (1.10 ton) of vermicompost which will be ready in the next few days. We will keep what we need and sell the rest,” said Pushpa Bai, another member of the group.

The contribution of women farmers in the villages of Chhattisgarh is also reflected in the state’s agriculture department’s annual statistics. In 2019-2020 the sowing area in Chhattisgarh increased to 2.08 hectares, up from 1.52 hectares a year earlier.