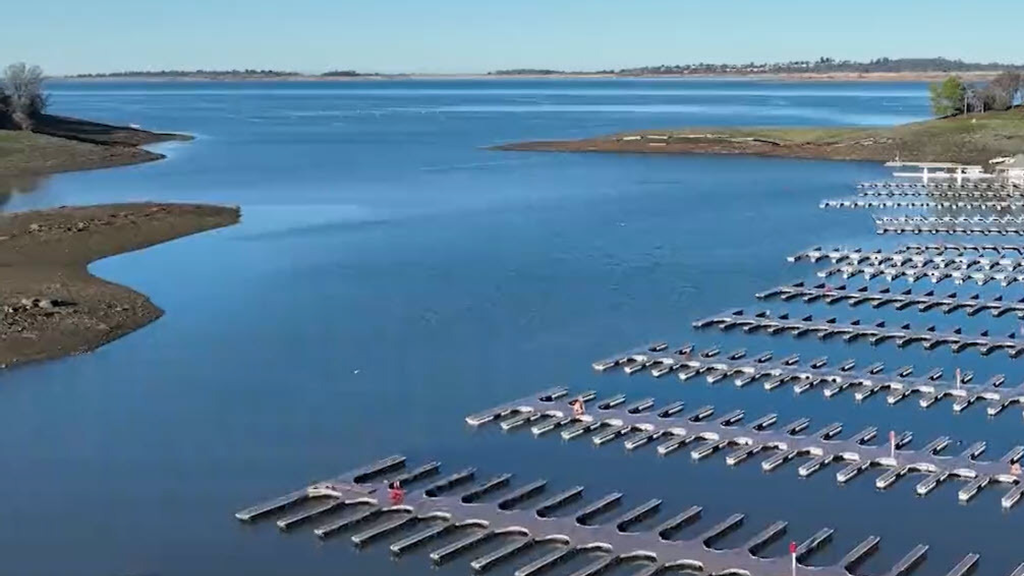 In the wake of the atmospheric rivers that have brought an onslaught of rain, wind and snow to California over the last few weeks, short-term drought conditions and reservoir levels have improved, but the Golden State is not in the clear yet when it comes to the long-term drought, according to AccuWeather forecasters.

According to the latest version of the U.S. Drought Monitor, released on Thursday morning, extreme drought conditions have been completely eliminated in the state. Since mid-October, the area covered by severe drought conditions or worse has shrunk from 92 percent to just 43 percent.

The storms that clobbered the state from late December into the first half of January were deadly and damaging, but one silver lining has been the dramatic recovery in water level in many reservoirs crucial to the state’s water supplies and the snowpack in the mountains, a water supply in-waiting once the snow melts and runs downstream during the spring and summer months. It has been estimated that 24 trillion gallons of water fell over the state during the stormy streak.

Drone footage shot by storm chaser Brandon Clement showed the improvement in water level and snowpack in places such as Folson Lake, Lake Oroville and Donner Pass, since last summer.

The winter months are a crucial time of year for California’s water supply. It is the state’s wet season, the time to stockpile water for the drier months that run from the spring into the fall. In recent wet seasons, periods of stormy weather have been brief or even nonexistent, causing reservoir levels to drop and drought conditions to expand. This season, the storms have almost been too much of a good thing, due to the deadly flooding and damaging mudslides they have caused.

Despite the improvement in drought conditions, more than 99 percent of the state remains at least abnormally dry, and 92 percent is experiencing at least moderate drought conditions, according to the latest drought monitor report. This underscores the long-term, multiyear nature of the current drought, which would only be eradicated if soaking storms continued to reach the state over the course of months, not days or weeks.

According to AccuWeather’s long-range forecasters, drought improvement is likely to continue over the next few weeks, but the degree of improvement will be uneven across the state.

“Drought conditions will continue to improve greatly across Central and Northern California, but only some improvement is expected in Southern California,” said AccuWeather Lead Long-Range Forecaster Paul Pastelok. This is because Pastelok expects the storm track for the rest of the winter to target mainly the Pacific Northwest and the northern half of the Golden State, leaving the southern portion drier.

Still, the long-term effects from the period featuring frequent and robust atmospheric rivers will have powerful effects, even without much additional precipitation. “Reservoirs will continue to fill through spring due to snowmelt and some rain, while increased vegetation from the rainy period will hold low-level moisture through much of the spring months,” added Pastelok.

The downside will be a greatly enhanced risk of river flooding as snow melts later this season into the spring, mainly from the western slopes of the Sierra Nevada into California’s vast Central Valley region.

In the short term, dry weather is expected for much of California for the rest of January. “The dry conditions will be due to an area of high pressure forcing the jet stream and storm track off to the north,” said AccuWeather Meteorologist Alex DaSilva.

In addition to the storm track lifting north, the drying will also come via warm, offshore winds next week, which will dramatically drop humidity values and make for gusty, locally damaging winds on occasion, especially in the parts of Southern California prone to Santa Ana wind events, and also for the region north of the San Francisco Bay Area.

«Previous Post
Back-to-back Storms To Send Rain, Snow Into Northeast»Next Post
Here’s Why Parts Of The Northeast Have Been Stuck In A Snow Drought This Winter