One of the leading traditional automakers is working to transition to electric vehicles with plans for more than 30 models.
By Chris Katje January 24, 2023
Facebook
Twitter
Linkedin
Email 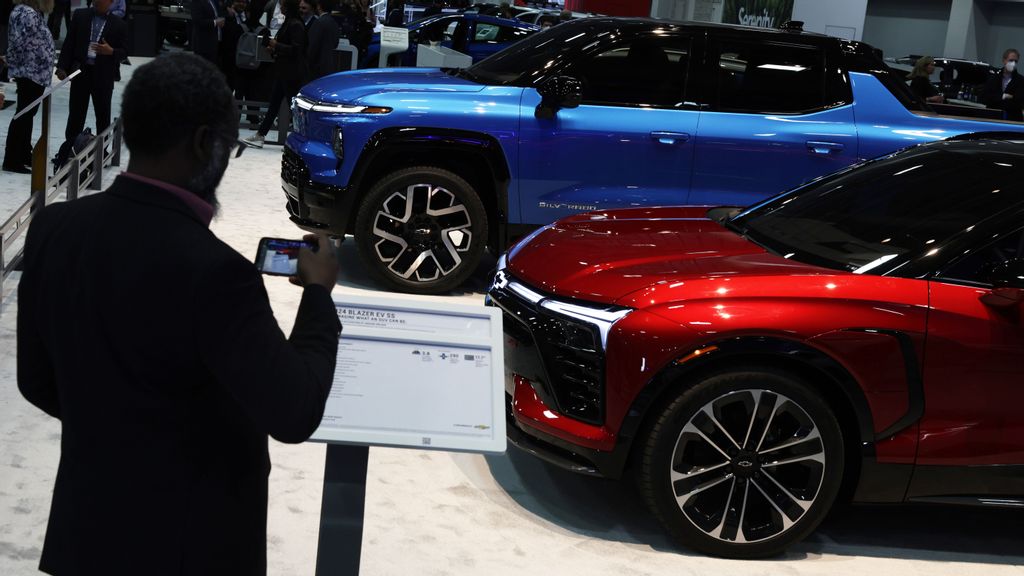 One of the leading traditional automakers is working to transition to electric vehicles with plans for more than 30 models in the future. A new report could highlight the company’s next electric vehicle model which targets a growing market.

Pickup trucks continued to dominate the annual rankings for vehicle sales in the U.S. with the top three models and five of the top 10 belonging to the vehicle class.

General Motors Company has plans to release electric vehicles across categories such as SUVs, pickup trucks, crossovers and luxury vehicles.

The company’s goals also included being one of the most affordable companies in the electric vehicle space with the Chevy Bolt EV starting at $26,500.

A new report from Automotive News said the company was working on a compact electric pickup truck. After the news site saw the truck at a design studio in Warren, Michigan, its report stated the truck is “futuristic and sporty.”

Chevrolet‘s recent towing capacity validation test used the base 2024 Silverado EV WT to tow a 7,700-pound RV. While it wasn’t 10,000 pounds being tested, or at least shared publicly, and certainly not 20,000 pounds, it’s a good start. The tests were reportedly carried out at multiple speeds, and GM’s engineers noted that the electric truck handled the load quite well.

Similar to reports on other electric trucks, including the Ford F-150 Lightning and Rivian R1T, the Silverado EV was said to deliver a smooth ride and deal with road conditions and driver feedback responsively.

It’s so important for full-size truck customers to be able to two, haul, and do everything that they can do in a traditional pickup truck. And I think we’ve really set the bar and really made an incredible product,” said Chevy electric pickup’s Chief Engineer Nichole Kraatz.

Also, according to the report, the new truck could be offered at a price of under $30,000. There were no guarantees the truck in development would hit the market or be available at this key price.

The pickup truck market is one of the keys in the automotive sector and many companies are working on electric versions to cater to truck owners and the shift of electrification for the sector.

The F-150 Lightning from Ford Motor Company quickly became one of the bestselling electric pickup trucks and had Ford seeing supply issues with keeping up with demand.

The Ford Maverick, a compact pickup, saw demand increase with sales up 460% in the last year.

Rivian Automotive Inc launched the R1 and had strong demand for its pickup truck.

One of the most anticipated vehicle launches of 2023 across all classes and models is the Cybertruck, the electric pickup truck from Tesla Inc. The truck saw huge demand from day one and had more than one million reservations according to third-party reports.

When adding up the two factors of the electric pickup truck market — seeing increased competition and the sale of compact pickups rising — General Motors could have a winning formula and a way to get a boost ahead of Ford and Tesla and dominate a particular sub-sector of the market.

If General Motors can keep the price of the compact pickup truck in line and below fuller-size pickup truck models, this could be an important catalyst for the automotive company in the future.

The Detroit automaker is expected to continue with its plans to build the plant but is searching for another partner, according to the person who asked not to be named because the talks are private.

“We’ve been very clear that our plan includes investing in a fourth U.S. cell plant, but we’re not going to comment on speculation,” GM said Friday in an emailed statement according to CNBC.

The Wall Street Journal first reported Friday afternoon that talks had stalled between GM and LG in part because LG Energy executives in Korea were hesitant to commit to the project given the rapid pace of its recent investments with other automakers as well as the uncertain macroeconomic outlook.