Two best friends pushing on with their ambitions and their dreams
By Izzy Hawksworth January 22, 2023
Facebook
Twitter
Linkedin
Email 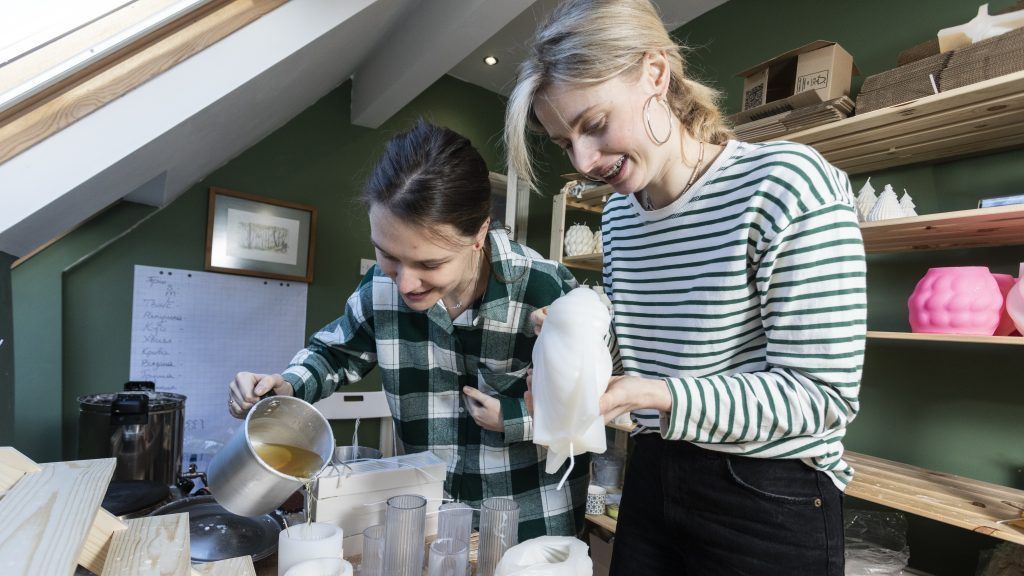 They started their candle-making dream after fleeing Ukraine eight months ago, following the Russian invasion. (Anna Shturmak via SWNS)

Ukrainian refugees whose business launch was halted by the Russian invasion have finally achieved their dream of setting up a candle shop after fleeing to the UK.

To open a candle shop, best friends Nastya Berest, 25, and Anna Shturmak, 28, relocated to Kyiv, the capital of Ukraine, in January.

But when Vladimir Putin’s invasion of their homeland began, they were forced to flee the country for their own safety.

The pair moved in with a host family in Didsbury, Manchester, last May and have now successfully set up VIRA, a candle business. When Nastya and Anna moved to England, they ‘didn’t understand or know anything’ about how to start and run a company in the UK.

But since launching their business in November, they have had numerous orders and are even planning on creating two new collections.

Anna said: “We didn’t understand or know anything when we came here and English isn’t our first language so we were having trouble with English too.

“It was difficult to be honest, for the first five months.”

She added: “In the beginning, we found it so difficult because it’s a new country and there are different rules about money. “We met an accountant who is also Ukrainian but she has lived over here for about 20 years and she helped us a lot.

Nastya and Anna make all of the candles themselves from scratch. They buy the candle wax from a British supplier and melt it themselves.

They then pour it into the molds and let it set into one of their many designs, including a shell, a wave and a cube. Since launching just over two months ago, Anna has said that the pair have had ‘a lot of orders’ which has been ‘so exciting’ for them.

She said: “Before Christmas, we had a lot of orders and for us, that was so exciting.

“Different people ordering make us busy and that helps us enjoy doing this.”

Despite moving to England, the friends have said they want to go back to Ukraine eventually. But in the meantime, they have plans to expand the business by bringing out two new collections in the upcoming months.

Anna said: “It’s so difficult to talk about the future because we want to go back home of course but we decided to settle here for now.

“But we want to make a new collection for Valentine’s Day and then bring another collection out in March.

Liz Neitherdt, 40, welcomed the business owners into her home that she shares with her husband Matt 40, and their three children Grace, ten, Joseph, seven and Patrick, four. She said that when the women moved over, they had a “very basic understanding” of English, and couldn’t even understand Liz’s Scouse accent.

Liz said: “When they came over, Anna could speak basic English but Nastya wasn’t as confident and I think they came with a very basic understanding.

“It went out of the window anyway because I pronounce bath and glass differently, so for the first month I had to say it in my accent and then say it in the Queen’s English.

“We also used a translation app quite a lot, and we just lived off that.”

Liz matched with the women on a Facebook group for people who wanted to give Ukrainian refugees a home and has now said she is ‘so proud’ of their business. She said: “As a family, we are just so proud of them.

“We had no expectations, we thought they would want to recuperate.

“Their life is already on hold in some ways because they are not at home, and they’ve had to come here, but they aren’t letting that in the way.

“They are just pushing on with their ambitions and their dreams, as it would be really easy not to in this situation, but they’ve gone ahead with it anyway.”