4 In 10 People Set New Year Resolutions For Their Pets

The primary goal for 56% of pet owners is to improve the physical health of their furry pals.
By Lucy Brimble January 22, 2023
Facebook
Twitter
Linkedin
Email 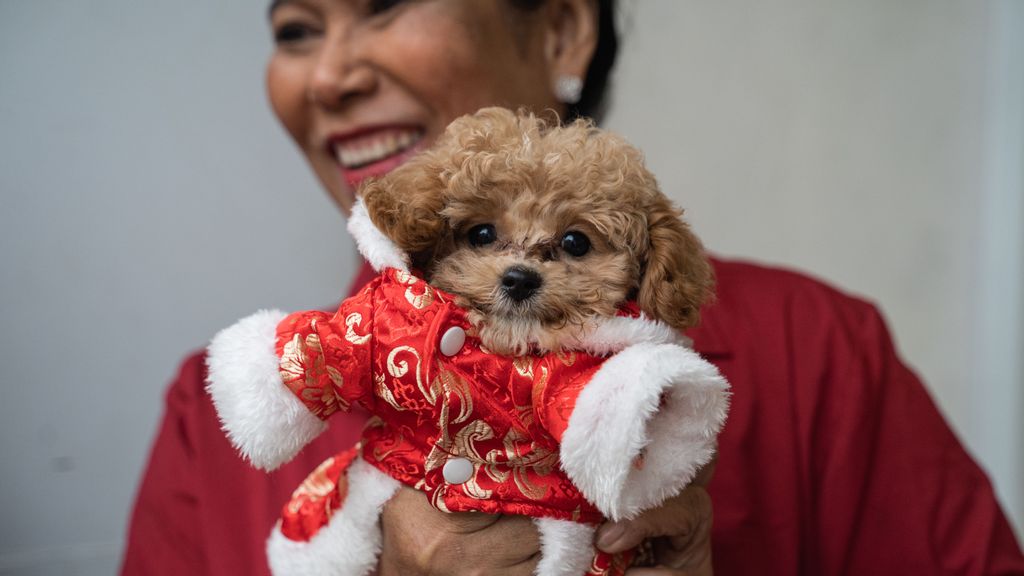 A woman carries a dog wearing a traditional costume on the first day of Lunar New Year on January 22, 2023 in Phnom Penh, Cambodia. An increasing number of people are concerned with setting new year resolutions for their furry companions. PHOTO BY CINDY LIU/GETTY IMAGES

Nearly four in 10 pet owners have set a New Year’s resolution for their animal companion – if only to help them achieve their own goals.

A poll of 2,000 UK adults, who have a pet, revealed their top goals for their furry friend for the year – including getting more exercise and losing weight.

Others want them to learn a new trick and bark less, while 18 percent are adamant about their pooch improving when walking off the leash. It also emerged a third of owners are more likely to complete their own resolutions if they do them alongside their pets.

Bella Von Mesterhazy, at Petplan, which commissioned the research, said: “After the over-indulgence of the Christmas and New Year period, we know the new year is a great time to reset and focus on some resolutions for the year ahead.

“Making resolutions for your pet, to make sure they are happy and healthy is equally as important.”

The study also found 85 percent of those, who have set their furry friend a goal, think it’s likely they will stick to their resolution, with 28 percent setting targets for their pet in previous years. Improving physical health is the main objective for 56 percent, while half are keen to improve their relationship with their four-legged friend.

When it comes to their pet’s behavior, 34 percent feel there are areas they would like to improve this year – including pulling on the lead, nervousness and excessive barking.

Nearly a fifth (18 percent) put these bad habits down to needing more time to learn and 17 percent said it is a behavior common with their breed. Despite wanting to work on these things, 82 percent said their pet is typically well-behaved.

Touching on their own resolutions, 42 percent of owners have set themselves one, with 69 percent claiming they will stick to it – less than when asked the same question about their pet.

For 40 percent of those polled, via OnePoll, there is a similarity between their own goal and that of their furry companion – such as more exercise and a healthier diet. And when thinking about the year ahead, 51 percent said their pet will help them become a better person.

Bella Von Mesterhazy, at Petplan, added: “We have lots of useful advice, guidance and training tips that can help with any resolutions you decide to set them.

“The health of the nation’s animals is at the heart of everything we do, so we’re delighted to see that this is reflected by owners too.”