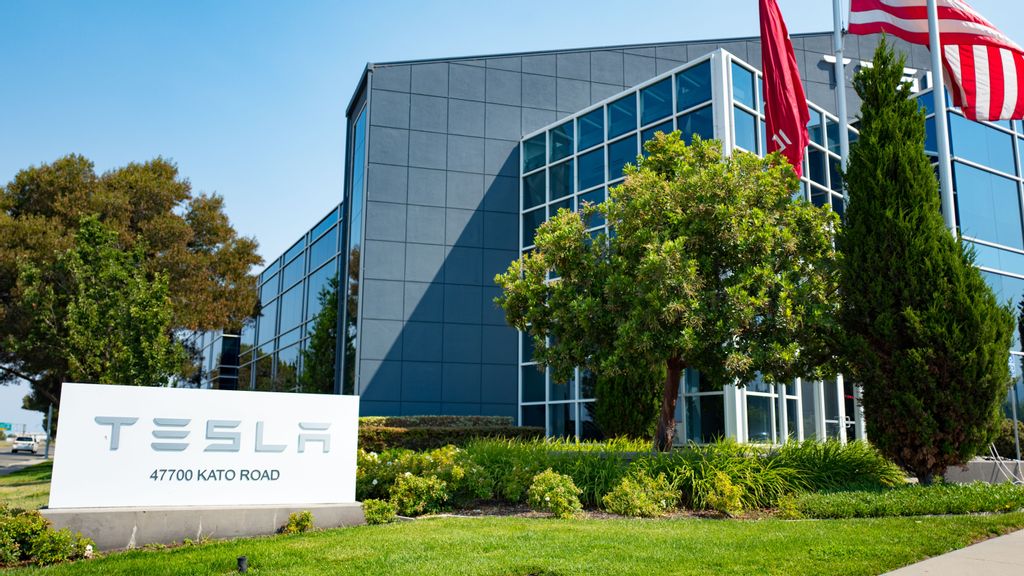 Sign with logo for Tesla Motors in front of new glass building near the company's headquarters in the Silicon Valley, Fremont, California, July 28, 2018. The announcement Tesla had bought Bitcoin led to an immediate lift in the price of Bitcoin and to experts who saw it as a key catalyst and support for the future of cryptocurrency. SMITH COLLECTION/BENZINGA

The leading cryptocurrency had an exciting year in 2021 with several big news items that also propelled the sector forward.

One of the big stories in 2021 was large companies adding Bitcoin to their balance sheets, a move that may have been one of the key catalysts to send the price to all-time highs.

One of the largest companies in the world, Tesla Inc, announced on Feb. 8, 2021, that it purchased $1.5 billion of the cryptocurrency. The purchase was made in the first quarter in the month of January.

The announcement Tesla had bought Bitcoin led to an immediate lift in the price of Bitcoin and to experts who saw it as a key catalyst and support for the future of cryptocurrency.

Ark Invest CEO Cathie Wood had previously said companies that added Bitcoin to their balance sheets were one of the reasons for her huge price target for Bitcoin in the future.

Tesla later announced it sold $272 million of its Bitcoin in the first quarter, which it said had a “positive impact” on its quarterly profitability with $128 million in proceeds from Bitcoin.

In fiscal 2022, Tesla announced the sale of 75% of its Bitcoin during the second quarter, bringing in $936 million in cash to its balance sheet.

In the latest quarter, Tesla showed $218 million in “digital assets” on its balance sheet. That number could include both Bitcoin and Dogecoin, a cryptocurrency that can be used to buy merchandise from Tesla’s online store.

Tesla stated previously it could increase or decrease its digital asset holdings “at any time,” depending on business needs and the company’s view of the cryptocurrency market.

The leading cryptocurrency fell in 2022 thanks to several macroeconomic issues and cryptocurrency events such as the bankruptcy of FTX, which rattled the sector.

This represents a drop of 54.3% from the time Tesla’s purchase was disclosed.

In contrast, Tesla faces mounting competition in the EV sector from legacy automakers such as GM and Ford, and there are no clear network effects from owning a Tesla versus a rival car, Paul Krugman said. He questioned how Tesla will dominate its market and generate large profits when the excitement around its products inevitably fades.

“It’s hard to see what would give Tesla a long-term lock on the electric vehicle business,” he said.

The economist asserted that a big chunk of Tesla’s popularity stemmed from the perception of Musk as a “cool guy,” but that image has faded in recent weeks.

He drew a parallel between the breathless hype and faith that fueled Tesla stock during the pandemic and bitcoin’s dramatic rise over the same period, noting the leading cryptocurrency has no clear use beyond money laundering, and its price is now being buoyed by a “hardcore group of true believers.”