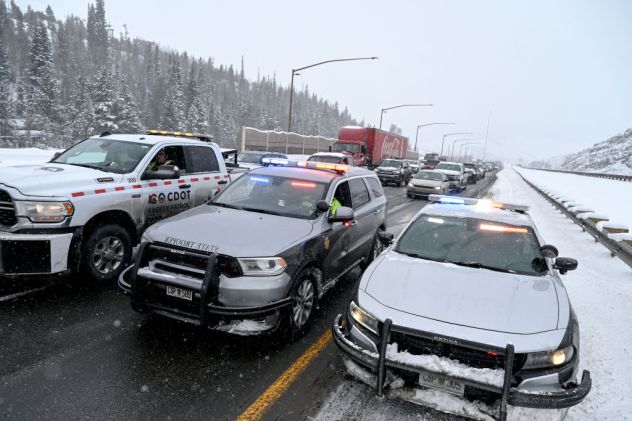 Traffic is delayed near Silverthorne and Dillon due to an accident on eastbound I-70 during a winter storm in Summit County, Colorado on Wednesday, Jan. 18, 2023. In the neighboring state of Nebraska, travel-snarling snow led to multiple accidents across the state on Wednesday. AARON ONTIVEROZ/ACCUWEATHER

A large storm brought a variety of weather hazards to the nation’s midsection this week, putting more than a million Americans at risk for severe weather and burying several towns under feet of snow. As the storm continues to track east, residents from the Rockies to the Midwest are starting to shovel their way out of the snow, and communities across the southern United States are cleaning up the mess left behind.

The storm dumped snow across Colorado on Wednesday, wreaking havoc on Interstate 70 and Interstate 76. Multiple crashes involving more than 20 vehicles led to a massive pileup near Strasburg, Colorado, which is just east of Denver.

“Semis came through here, obviously a little bit faster than they should. Lost control and started just a chain reaction of semi after semi colliding, jackknifing,” .