Screening Program For Leading Cause Of Blindness Could Be On Horizon 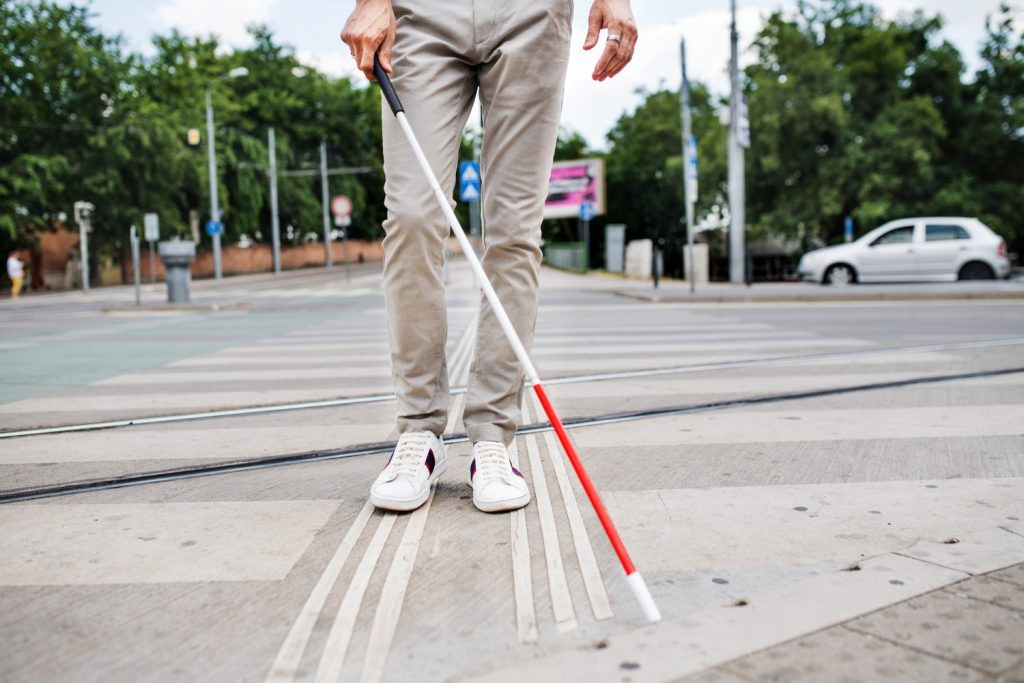 A legally blind person walking with a cane. A screening program for the world's leading cause of blindness could be on the horizon after the creation of a genetic map. GROUND PICTURE/SWNS TALKER

A screening program for the world’s leading cause of blindness could be on the horizon after the creation of a genetic map.

It reveals new risk factors for adult-onset macular degeneration (AMD). The condition blights the lives of more than 600,000 people in Britain.

It is caused by dysfunction in the retinal pigmented epithelium (RPE) – a layer of cells that support photoreceptors in the eye.

The Israeli team focused on a protein called LHX2 which, based on analysis of mutant mice, is central to the tissue’s development.

Blocking its activity in RPE derived from human stem cells showed most affected genes were down-regulated.

The experiments indicated LHX2’s role was likely that of a “transcriptional activator”- binding to regulatory sites to increase the activity of other genes.

One affected gene called OTX2 collaborated with LHX2 to regulate many genes in the RPE.

Charting OTX2 and LHX2 showed 68 percent of those that bound LHX2 were also bound by OTX2.

It suggests they likely work together to promote the activity of a large suite of genes involved in RPE development and function.

A common method for finding genes that may contribute to a disease is to perform a genome-wide association study (GWAS).

The technique identifies mutations known as single nucleotide polymorphisms, or SNPs, that co-occur with disease.

Numerous such studies have previously been done in AMD. However, a GWAS by itself cannot uncover a causal mechanism.

Here, the authors compared their LHX2/OTX2 binding data to GWAS data in order to home in on variations that affected binding of the transcription factors, and thus may contribute to disease.

One such binding site was located within the promoter region of a gene called TRPM1, which had been previously linked to AMD.

The researchers found the sequence variant at that site altered the binding strength of LHX2.

Results indicate the previously known increased risk of AMD from the variant identified in the GWAS was due to reduction in binding of the LHX2 transcription factor to the TRPM1 gene promoter, with a consequent reduction in activity of this gene.

The gene encodes a membrane ion channel. Previous studies have shown that mutations in the gene also cause visual impairment.

Lead author Dr. Ruth Ashery-Padan, of Tel Aviv University, said: “Our study exemplifies how delineation of tissue-specific transcriptional regulators, their binding sites across the genome, and their downstream gene-regulatory networks can provide insights into a complex disease’s pathology.”

AMD is the main cause of blindness in over-65s and causes damage to the central area of the retina which is called the macula.

This is the part that is responsible for reading and driving vision. About 40,000 Britons each year develop AMD.

It can have a huge impact on quality of life. Veteran actor Dame Judi Dench has suffered macular degeneration for at least a decade.

Having first revealed her diagnosis in 2012, the James Bond star recently admitted the eyesight condition is really impacting her ability to be independent.

Ashery-Padan added: “The findings reveal a regulatory module consisting of LHX2 and OTX2 that controls the development and maintenance of the retinal pigmented epithelium, an important tissue of visual function.

The study was published in the journal PLOS Biology.