Husband Of Co-Pilot Who Died In Crash On Sunday, Also Died In Plane Crash With The Same Airline

At least 68 people were killed after a Yeti Airlines ATR 72 aircraft with 72 people on board crashed in the city of Pokhara in Nepal on Sunday
By Bibhu Pattnaik January 18, 2023
Facebook
Twitter
Linkedin
Email 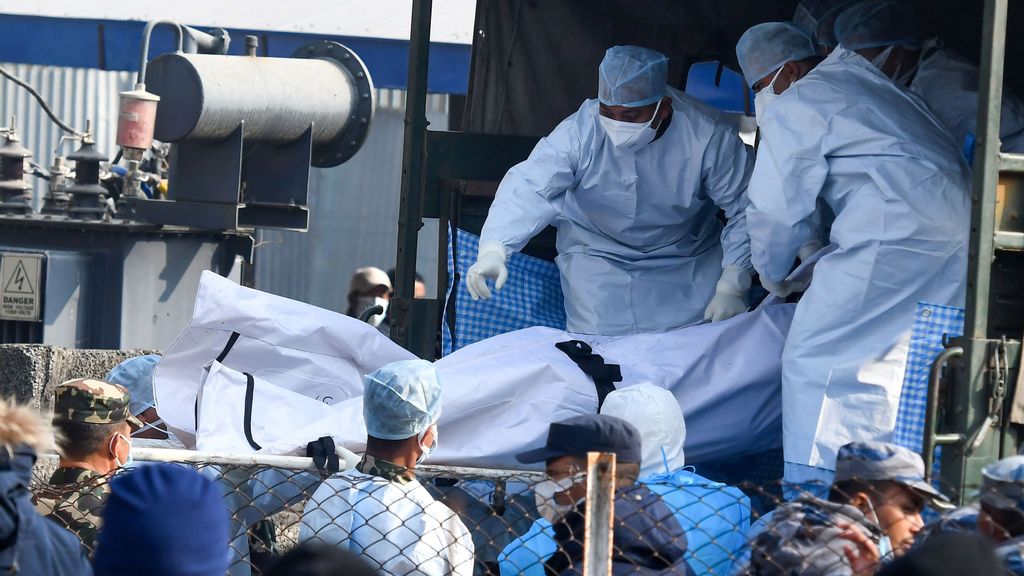 Nepal's army and volunteers carry the body of a victim who died in a Yeti Airlines plane crash in Pokhara on Jan 17, 2023. The Yeti Airlines ATR 72 plummeted into a steep gorge, smashed into pieces and burst into flames as it approached the central city of Pokhara on January 15, in Nepal's worst aviation disaster since 1992.(PRAKASH MATHEMA/AFP VIA GETTYIMAGES)

The co-pilot of a Yeti Airlines flight that crashed this past weekend lost her husband in a similar tragedy 16 years.

Anju Khatiwada was co-piloting Yeti Airlines flight 691 whose crash was the most serious airline crash in the mountainous country in decades.

Her husband Dipak Pokhrel had also been co-piloting a Yeti Airlines flight some 16 years prior which also crashed killing all on board. His death inspired her to take up flying as a career.

At least 68 people were killed after a Yeti Airlines ATR 72 aircraft with 72 people on board crashed in the city of Pokhara in Nepal on Sunday..

Sunday’s crash is Nepal’s deadliest since 1992, when a Pakistan International Airlines Airbus A300 crashed, killing all 167 people on board.

“Plane cruised at 12,500 feet and was on a normal descent,” said Anup Joshi, Pokhara Airport spokesman. The aircraft crashed as it approached the airport, the weather was clear at the time of the crash.

The twin-engine ATR 72 aircraft was arriving from Kathmandu, located 125 miles west of Pokhara.

The plane contacted the airport while flying over Seti Gorge at 10:50 a.m. local time and was approaching for a landing when the crash occurred according to the aviation authority.

The Nepal government has set up a panel to investigate the cause of the crash. The report is expected to be out within 45 days.