In a rare episode, animal rescuers are looking after a Goldfish after it was attacked by a Seagull
By Ed Cullinane January 18, 2023
Facebook
Twitter
Linkedin
Email 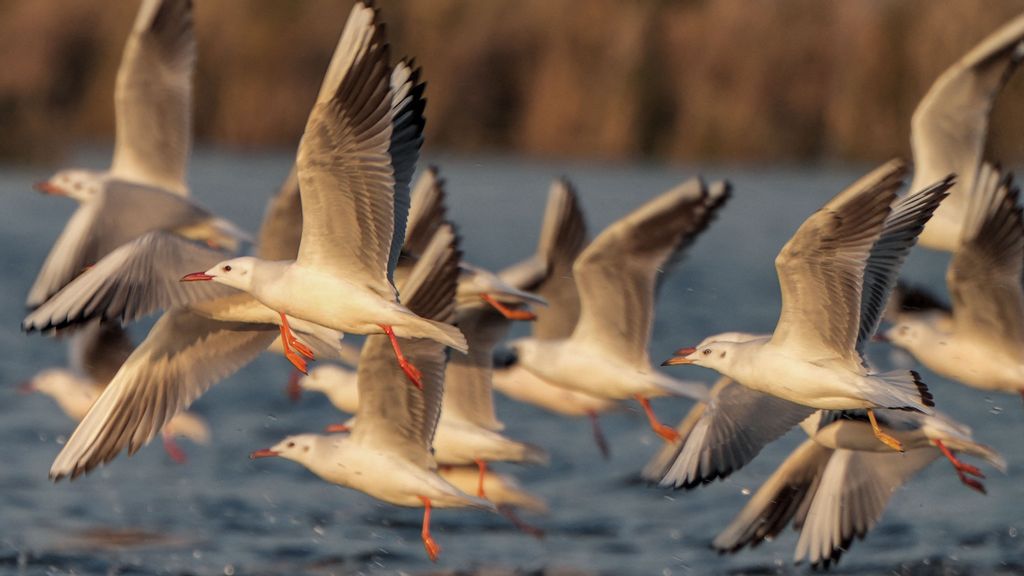 Seagulls fly over the water in Iraq's southern marshes of Chibayish in Dhi Qar province on January 11, 2023. In a rare instance, animal rescuers save goldfish from being attacked by a Seagul. PHOTO BY ASAAD NIAZI/GETTY IMAGES

This goldfish had a lucky escape after being rescued from the mouth – of a seagull.

Despite suffering some minor wounds from the bird attack, the fish, who has since been given the name “Captain Birdseye,” is making a full recovery.

Staff at the GSPCA animal rescue center say he was saved after a passerby spotted a gull “attacking” him in a bucket in Gibauderie, Guernsey.

After scaring off the bird, the rescuer handed the fish to animal rescuers – who said Captain Birdseye probably only survived the attack because he was “too large” to eat.

Photos published by the GSPCA – better known for saving seals – show the oversized fish now living happily in a tank at the rescue center. Rescue workers admitted that it is “rare” they are asked to look after goldfish, and they are now looking to provide the Captain with a new home.

“We have named him Captain Birdseye and despite his injuries, he is doing well. If we don’t find his owners in the next three weeks we will be looking to find him a home.”

The charity will soon be celebrating its 150th anniversary and is using the lucky save as an opportunity to raise awareness about its work. GSPCA Manager Steve Byrne added that Captain Birdseye was a “very lucky goldfish.”

He said: “It is incredible the range of animals we rescue and help at the GSPCA and we soon celebrate 150 years of helping animals in Guernsey. “There are many ways you can help support our vital 24/7 work and donate, or raise funds for the hundreds of animals in our care.

“With over 100 hedgehogs, 5 seal pups, dogs, cats, rabbits, ferrets, fish, reptiles and many birds, we help over 3000 animals through the doors every year.

“If you would like to help support us, you can check our Amazon Wish List and see lists of items that we use every day and things that we are appealing for. “We couldn’t do so much without your support.”