Tesla Cuts Prices For Their Lower End Models To Compete With Other U.S. & European Competitors 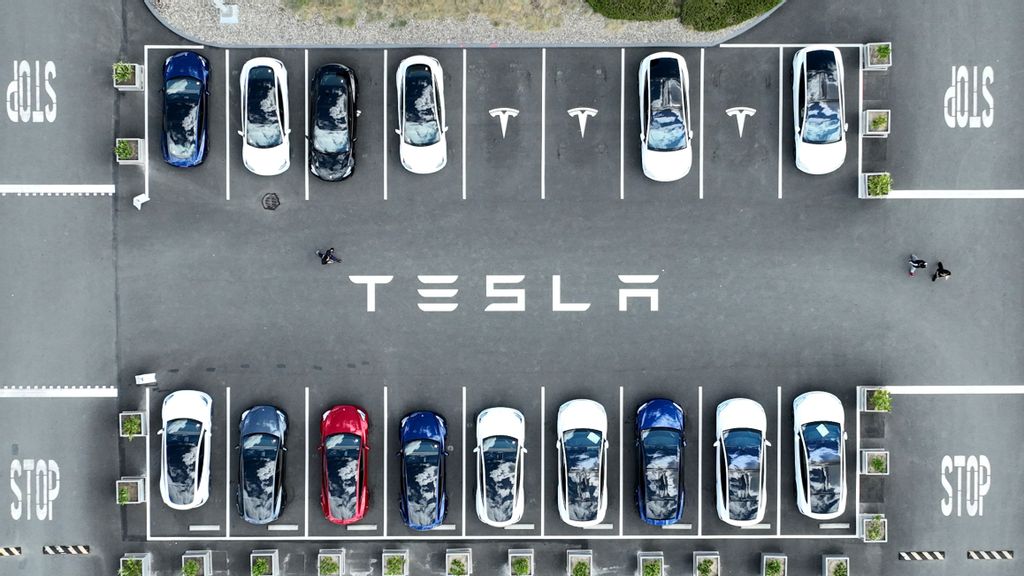 In an aerial view, Tesla cars sit parked in a lot at the Tesla factory on April 20, 2022, in Fremont, California. Tesla reported first quarter earnings that far exceeded analyst expectations with revenue of $18.76 billion compared to expectations of $17.80 billion. Tesla slashed their prices to compete with other automakers entering the EV market. JUSTIN SULLIVAN/BENZINGA

Demand for Tesla vehicles is seeing some cracks amid the slowdown in global growth in 2023, Ives said in the note. The price cuts in China on Jan. 6 are now being followed up by “eye-popping” U.S./Europe price reductions, he said.

“While the initial reaction to these cuts will naturally be negative on the Street at first, we believe this was the right strategic poker move by Musk & Co. at the right time,” the analyst said.

Tesla now has margin flexibility to make aggressive moves such as this to gain further market share in the electric vehicle arms race, as it now has a global scale with Giga factories in Austin, Berlin and further China build-out, Ives said.

The base Model Y vehicle now becomes eligible for federal tax credits and this will serve as a further tailwind, he said.

“We believe all together these price cuts could spur demand/deliveries by 12%-15% globally in 2023 and shows Tesla and Musk are going on the ‘offensive’ to spur demand in a softening backdrop,” he said.

The move, according to the analyst, is a clear shot at European automakers and U.S. legacy companies General Motors and Ford. Margins will get hit, the analyst said, adding that he likes this “strategic poker move by Musk and Tesla.”

Guggenheim’s Jewsikow premised the downgrade on:

The investor day scheduled for March 1, according to the analyst, could swing sentiment positive due to the potential announcement or even a reveal of a low-priced vehicle in the $25,000-$30,000 price range. The commercial launch could be most likely in 2025, he added.

Going by the price cuts, Tesla seems to have favored volume over margins, and this creates a difficult narrative for a stock, Jewsikow said.

Loup Fund’s Gene Munster sees the price reductions as a win for consumers and Tesla’s brand. Tesla will likely gain market share in the near term, which in turn has long-term market share benefits as the EV market ramps, he said.

“Tesla is putting competitors in a tight spot,” the analyst-turned-tech venture capitalist said. If competitors lower prices to compete, they lose money, and if they keep prices high, they lose market share, he said.

Potential customers will do well to wait a couple of months as prices come down, Munster said.

Analysts who spoke to The Verge on Friday stressed the significance of these cuts and said they may have profound effects not just on Tesla’s brand but on the increasingly competitive EV game. Some even said this could be the first shot in a looming EV “price war,” even as automakers struggle to source enough materials to put these cars on the road en masse.

“Tesla’s latest price cuts reflect a major shift in the EV market,” said Jessica Caldwell, the executive director of insights at the car-buying website Edmunds. “In 2023 a wave of new EV options will enter the market, but given that production will be limited for most manufacturers, Tesla is positioning itself to scoop up consumers unwilling to wait or who may be on the fence about EV technology by enticing them with one thing all buyers respond to — a deal.”

The cuts may make EV cars affordable to people who may have been previously priced out of the market according to CNN.

“This should really boost 2023 (Tesla) volumes,” Gary Black, a Tesla investor who has remained bullish on the company and its prospects through the recent, sharp share price decline, said in a tweet. “It’s the right move.”

Still shares in US pre-market trading were lower, as investors worried the move might erode margins, particularly as competition intensifies.

“Tesla is an outlier because it’s still got eye watering valuations when it comes to the number of cars that it actually sells. But ultimately there are all the other providers that sell a hell of a lot more cars overall,” said Michael Hewson, chief market analyst at CMC Markets UK.

Some users on Tesla fan forums online also complained the price cuts disadvantaged those who had recently bought their vehicle, leaving them with a lower second-hand value.

“Just reducing 10,000 euros like that – definitely makes you feel that you just paid far too much,” one user wrote on a ‘Tesla Drivers and Friends’ forum.