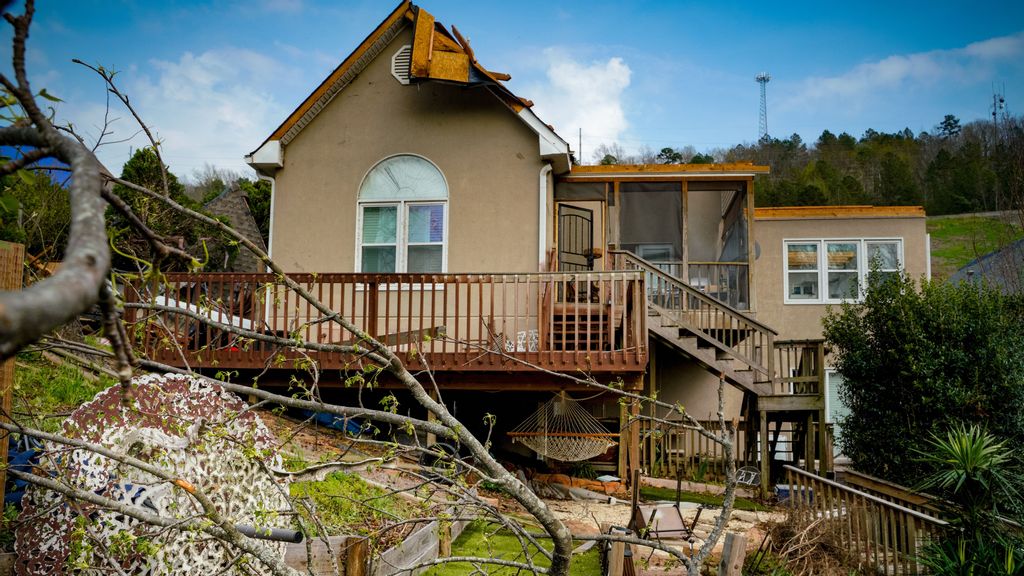 IN FILE - A view of the damage around the house at the site aftermath of multiple tornados on March 27, 2021 in Alabama, United States. At least five people were killed after a powerful storm system tore through Alabama leaving a path of destruction. PHOTO BY BEN HENDREN/ANADOLU AGENCY/GETTY IMAGES

The deadly tornado outbreak across the southern United States last week resulted in dozens of destructive tornadoes and multiple deaths across Alabama and Georgia, including four members of the same family. Among the devastated communities was Selma, Alabama, which took a direct hit from one of the tornadoes.

New satellite imagery released by Maxar Technologies shows more clearly the scale of the tornado’s destruction in the city, located in Dallas County, Alabama, about 40 miles west of Montgomery. Numerous homes in the path of the storm can be seen destroyed or heavily damaged as piles of debris are scattered across neighborhoods when the images were taken on Jan. 15, three days after the tornado hit.

The powerful tornado that tore through Selma, striking at around 12:30 p.m. local time on Jan. 12, was confirmed to have been at least EF2 strength, according to the National Weather Service in Birmingham. Such tornadoes have peak winds of 113 to 157 mph.

Officials described the downtown as a “disaster area,” and residents were told to avoid traveling in the area as crews worked days to clear roadways.

Some homes had blue tarps over them to provide temporary shelter while residents worked to rebuild their property. In addition to damaged homes, several trees and power lines were destroyed.

The Dallas County Jail was one of several structures hit by the tornado, which also passed near Selma High School and Knox Elementary School. All students were safe, and no injuries were reported at the school.

A daycare at the Crosspoint Christian Church in Selma was also hit by the tornado, destroying much of the building and collapsing walls of the structure, according to The Associated Press. About 70 children and teachers were taking cover inside the bathroom when the tornado struck the church and everyone survived unharmed.

“The walls started shaking and I told my class, ‘lie down and close your eyes’ …. and I laid down on top of them until it was over,” Crosspoint Christian daycare teacher Sheila Stockman told the AP.

Recovery efforts are still ongoing across the impacted region, including Selma, as residents continue to pick up the pieces left from the devastation. Community members have been coming together to help those residents impacted, including offering to help with laundry and loaning generators to those who lost power from the storm. Operations to reunite pets with their owners are also ongoing, according to The Washington Post.

A shelter with free beds and food was set up at Selma High School by Red Cross volunteers for those affected by the tornado. Classes at Selma City Schools were being held remotely for students this week due to the tornado, but employees will return on Wednesday.