Report: Our Interest In Chocolate May Be Linked To What It Does To Our Tongue

Many people find the physical process totally irresistible & why we have a mouthwatering attraction to chocolate.
By Mark Waghorn January 17, 2023
Facebook
Twitter
Linkedin
Email 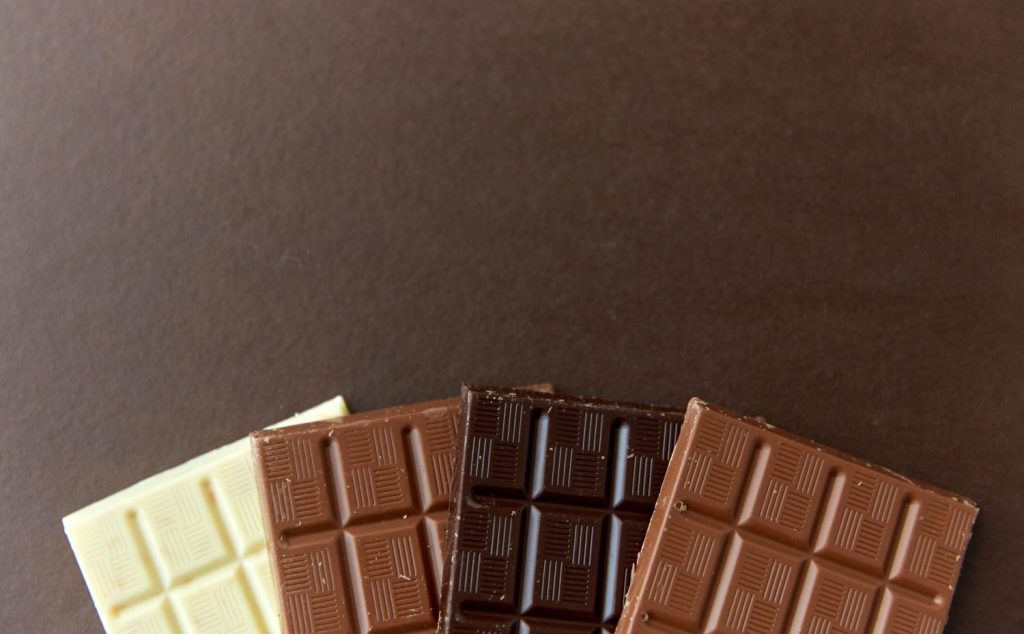 Different chocolates that include regular, black, and white. The mouthwatering attraction of chocolate is down to how it lubricates our tongues, according to new research. GROUND PICTURE/SWNS TALKER

The mouthwatering attraction of chocolate is down to how it lubricates our tongues, according to new research.

Scientists have decoded exactly what takes place during consumption – as it changes from a solid into a smooth emulsion.

Many people find the physical process totally irresistible – and now British experts have worked out why.

The breakthrough explains why our favorite snack bars are so alluring. It could lead to even nicer treats – that don’t add inches to our waistline.

By analyzing each of the steps, it opens the door to developing luxury chocolates with the same feel and texture – that will be better for you.

During the moments it is in the mouth, the chocolate sensation arises from the way the chocolate is lubricated, either from ingredients, saliva or a combination of the two.

“You can use that knowledge to design food with better taste, texture or health benefits.”

Fat plays a key function almost immediately when it is in contact with the tongue. After that, solid cocoa particles are released,.

They become important in terms of the tactile sensation. Fat deeper inside plays a rather limited role.

“It could be reduced without having an impact on the feel or sensation of chocolate,” said Sarkar.

She explained: “If chocolate has 5% fat or 50% fat, it will still form droplets in the mouth and that gives you the chocolate sensation.

“However, it is the location of the fat in the make-up of the chocolate which matters in each stage of lubrication, and that has rarely been researched.

“We are showing the fat layer needs to be on the outer layer of the chocolate, this matters the most, followed by an effective coating of the cocoa particles by fat, this help to make chocolate feel so good.”

The study, published in the journal ACS Applied Materials and Interface, focused on feel and texture by testing a luxury brand of dark chocolate on an artificial 3D tongue-like surface.

Findings were based on analytical techniques from a field of engineering called tribology – which includes in situ imaging.

Tribology is about how surfaces and fluids interact, the levels of friction between them and the role of lubrication – in this case, saliva or liquids from the chocolate.

Those mechanisms are all happening in the mouth when chocolate is eaten, said Sarkar.

It releases a fatty film that coats the tongue and other surfaces – creating smoothness throughout the entire time it is in the mouth.

Lead author Dr. Siavash Soltanahmadi said: “With the understanding of the physical mechanisms that happen as people eat chocolate, we believe a next generation of chocolate can be developed that offers the feel and sensation of high-fat chocolate yet is a healthier choice.

“Our research opens the possibility that manufacturers can intelligently design dark chocolate to reduce the overall fat content.

“We believe dark chocolate can be produced in a gradient-layered architecture with fat covering the surface of chocolates and particles to offer the sought after self-indulging experience without adding too much fat inside the body of the chocolate.”

Business intelligence agency MINTEL predicts revenue from chocolate sales in the UK will grow 13 percent to £6.6 billion in the next five years.

Chocolate is made from cocoa beans, the seeds of the cacao tree. But they have to be processed to bring out their characteristic flavor.

This starts with fermentation, in which the moist seeds sit for days in baskets covered with banana leaves while yeasts and bacteria grow on the beans and alter their nature.

The beans are dried in the sun and then roasted. Worldwide, about three million tons of cocoa are produced each year.

Cocoa production developed over the years by trial and error, not by scientific analysis, so the secrets to chocolate’s global were largely unknown.

Techniques used in the study could be applied to other foods that transform from a solid to a liquid – such as ice cream or cheese, the researchers added.