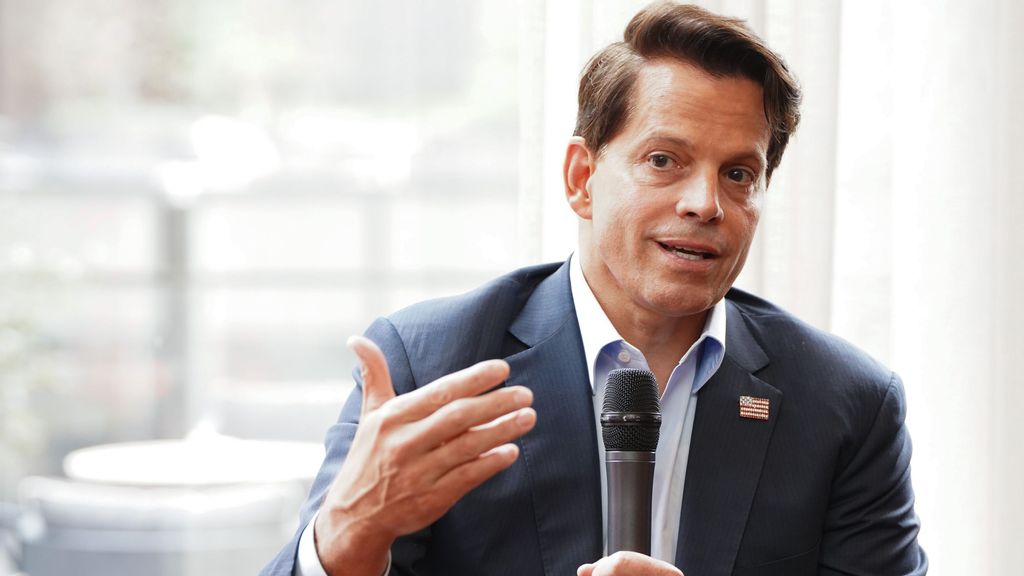 Anthony Scaramucci speaks at the Exclusive Resorts Luncheon hosted by Anthony Scaramucci and Steve Case at Ci Siamo on September 13, 2022, in New York City. SkyBridge Capital can buy back the stake it sold to collapsed cryptocurrency exchange FTX, but the issue will likely take months to resolve. JARED SISKIN/BENZINGA

Skybridge Capital founder Anthony Scaramucci, who was among the featured speakers at the Future Of Crypto event, said he would invest in a company founded by Brett Harrison, the former CEO of the defunct crypto exchange FTX US.

In an email shared with Bloomberg, Scaramucci said he would invest his money in the project to show his support for Harrison.

“Anthony has been a true mentor and friend to me since I joined the crypto industry two years ago,” Bloomberg quoted Harrison saying in the email. “I’m honored to have him as an investment partner and know his guidance will be invaluable as I begin this new chapter.”

On Saturday, Harrison went on Twitter to talk about his experience at FTX and the disagreements with FTX officials.

In one of his tweets, Harrison said he is looking forward to working with the new partners.

“49/49 I’m extremely honored to have them as partners. The path ahead of me is clear now, and I’m excited to move forward together with them.” said Harrison on Twitter.

In response to his tweet, Scaramucci wished him success and said he is proud to be an investor in his company.

“Brett I am proud to be an investor in your new company. Go forward. Don’t look back. Wishing you the best.” said Scaramucci on Twitter.

According to a Bloomberg report, Harrison has been looking for investors for his crypto software company, with a raising target that may reach $10 million for a $100 million valuation.

Harrison wanted to work on software that crypto traders could use to create algorithms for their trading strategies and access various crypto marketplaces.

FTX bought a 30% stake in SkyBridge Capital in September before the crypto company filed for bankruptcy in November.

However, Scaramucci said that the investment firm could buy back its stake, but that may take months to finalize.

“We’re waiting for the clearance from the bankruptcy people, the lawyers, and the investment bankers to figure out exactly what we’re going to be buying back and when,” Scaramucci told CNBC.

Bankman-Fried responded to Bloomberg about Harrison’s recent tweets and said, “While I strongly disagree with much of what he said, I have no desire to get into a public argument with him, nor do I feel like it’s my place to litigate his job performance in public unless he were to authorize me to do so.”

Bankman-Fried added, “I feel bad about what happened to all of FTX’s employees and wish him the best.”

Harrison had spent around 17 months working with FTX US before leaving in September.

Previously he had worked with Bankman-Fried at Citadel Securities and the quantitative trading business Jane Street.

The financier and short-term White House communications director also said that, in his opinion, it is now obvious that FTX’s former CEO and founder Sam Bankman-Fried, known as “SBF” and believed to be a friend of Scaramucci, broke the rules.

“I think it’s very clear now that there was fraud. We’ll of course have to let the legal system determine all of those things,” Scaramucci told CNBC.

Bankman-Fried has pleaded not guilty to eight federal charges including fraud and money laundering. Meanwhile, FTX co-founder Gary Wang and Caroline Ellison, the former co-CEO of Alameda Research, have both pleaded guilty to federal chargesconnected with FTX’s collapse and are working with investigators. Alameda Research was the crypto hedge fund started by Bankman-Fried and affiliated to FTX.

«Previous Post
GameStop Spikes Higher — Is Another Trip To The Moon On The Horizon?»Next Post
Tesla Cuts Prices For Their Lower End Models To Compete With Other U.S. & European Competitors