After Weeks Of Darkness, The Sun Will Soon Rise In America’s Northernmost Town

The 5,000 inhabitants of the town will see the sun's beams for the first time on January 23, 2023
By Monica Danielle January 16, 2023
Facebook
Twitter
Linkedin
Email 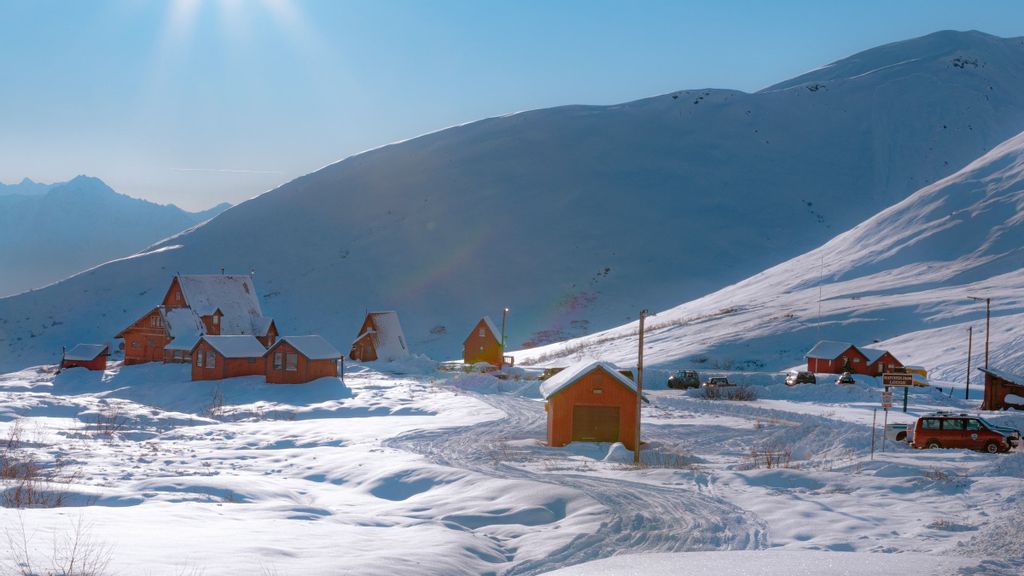 Situated more than 300 miles north of the Arctic Circle, at the very top of Alaska, is Utqiagvik – formerly known as Barrow – the northernmost city in the United States. It sits on a promontory between the Chukchi and Beaufort seas, with no roads connecting it to the rest of the state.

On Jan. 23, the town’s roughly 5,000 residents will experience the sun’s rays for the first time since mid-November when the sun set for the final time in 2022. On Monday, it will finally rise above the horizon for about 70 minutes. The phenomenon is called “polar night.”

As the Northern Hemisphere tilts away from the sun in the winter months, towns close to the North Pole experience a period of uninterrupted darkness. In Utqiagvik, this lasts for approximately two months of the year. Because of Earth’s tilt on its axis, depending on where they’re located, regions in the Northern Hemisphere can remain facing away from the sun for days, weeks, or in Utqiagvik’s case, months at a time.

As the Washington Post noted, “At the North and South poles, there is only one sunrise and one sunset per year. The sun rises on the spring equinox and sets on the fall equinox. At the North Pole, that means daylight between March and September. During the fall and winter, darkness lasts six months, the only light stemming from stars, the moon and the emerald flicker of the aurora borealis.”

While all that darkness in a climate where the average high this time of year is 5 degrees below zero Fahrenheit sounds unbearably brutal to most people, former resident Kirsten Alburg told AccuWeather the atmosphere is festive.

“It’s a time we always look forward to; it’s such a beautiful time. People, I don’t think they understand. They think, oh my God, that many days without the sun, it’s got to be depressing and it isn’t. Everyone gets so excited about it that you’re just like, ‘yeah, this is a thing we’re going to go through together.'”

Raised on the shores of Lake Superior, in Marquette, Michigan, Alburg has always embraced winter. After graduating from college in Portland, Oregon, she headed north, spending 20 years living in various Alaskan communities teaching elementary school, most recently living in Utqiagvik for five years. Her last time experiencing polar night was in 2021.

“I miss it so much… It ends up being this really beautiful time. You have the northern lights and it gets cold, but there are so many lights that are out in the town and it makes everything sparkle,” she said.

Alburg spent much of her time in Alaska documenting life in the Arctic with her incredible photos and videos.

Alburg explained that although the community generally looks forward to polar night, it’s important to have strategies in place to make it through months without the sun. Some people get regular doses of sunlight from lamps, and Vitamin D is a hot commodity in town.

“I make sure I’m getting my vitamins. Staying active and getting outside a lot for me was a big thing.” Getting outside in a region that regularly experiences temperatures well below freezing is easier said than done.

“A lot of times it’s 60 below zero or 40 below zero, but you just put on some extra clothes and go out and it really is amazing what happens in that temperature and when the dark is surrounding you. Those northern lights are amazing.”

Although the sun will soon rise above the horizon this year, that doesn’t mean warmer air has arrived. Alburg told AccuWeather it’s actually the opposite.

“The coldest part of the year is when the sun rises again after polar night,” Alburg explained.

Despite dealing with temperatures that take less than 10 minutes to develop frostbite on any exposed skin, polar night in Utqiagvik is something she thinks everyone should experience. “It’s just a really cool time of year. I wish everybody could actually go through one polar night, I think that it’s just such a special, special thing.”

Coming together as a community when darkness descends and making it through polar night feels like a metaphor for life, she continued with a smile.

“You know, we all go through the dark times. If you look for the light, it’s going to be there,” she said.