Tesla Sharply Lowers EV Prices In US: You Can Now Own A Model 3 For Little Under $36,500 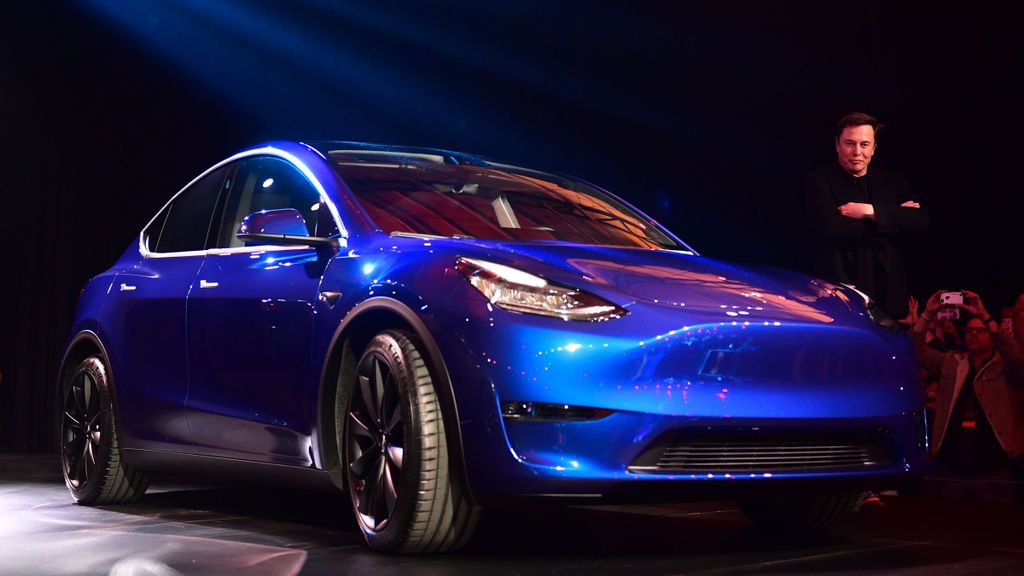 Tesla CEO Elon Musk views the new Tesla Model Y at its unveiling in Hawthorne, California on March 14, 2019. Tesla has drastically cut its Model 3 and Model Y vehicles in the U.S., with the price cuts ranging from 6.4% to 19.7%, amid a slowdown in demand. FREDERIC J. BROWN/BENZINGA

Tesla Inc., which sharply cut prices of its Made-in-China vehicles at the start of the year, has broadened the downward adjustment to the U.S.

Tesla has drastically cut its Model 3 and Model Y vehicles in the U.S., with the price cuts ranging from 6.4% to 19.7%, amid a slowdown in demand.

Based on information available on the company’s website, the price reductions for the two models and their respective variants are as follows:

A few days ago, Tesla lowered the prices of the two models in China by between 5.7% and 13.5%. Although the move triggered a backlash from some recent buyers, who missed out on the benefit, it stimulated the receipt of strong orders.

Dan Ives, an analyst at Wedbush, said that Tesla’s price drop is aimed at boosting demand and taking even more market share from its competitors, which have slowly been catching up to Tesla according to The Hill.

“This is a clear shot across the bow at European automakers and US stalwarts (GM and Ford) that Tesla is not going to play nice in the sandbox with an EV price war now underway,” Ives said.

Tesla’s price drops are timed around the rollout of new EV tax credits.

The cuts will allow Tesla’s Model Y and Model 3 Performance vehicles to qualify for the EV tax credit, which only applies to cars that cost less than $55,000.

The price cuts in the U.S. are steeper than what was announced in China last week. The Model Y LR now becomes eligible for the federal EV tax credit in the U.S., based on the vehicle qualification norms announced by the Internal Revenue Service recently. Previously, the Model Y LR variant was not eligible, as it did not qualify as an SUV and its price was above the $55,000 ceiling specified by the IRS for other vehicles.

With the tax credit, Tesla vehicles are cheaper than the reduced prices, as pointed out by Tesla influencer Troy Teslike.

“Wow, Tesla just announced massive price drops in the US across the board. Model Y LR is now $13,000 cheaper before the tax credit and $20,500 cheaper including the tax credit,” said Teslike on Twitter. “In case you are wondering if this affects my delivery estimate for Q1, yes, yes it does.”

Although these price cuts could have the ability to push up the volume, they would drag margins. The stock reaction when it opens for trading on Friday will show whether investors are focused on the topline or will fret over the margin impact of the price cuts. When Tesla announced the price cuts in China on Jan. 6, the stock climbed about 2.5%.

The company’s production capacity should be much higher in 2023 than in previous years with those factories, but bearish analysts have voiced concerns over a possible “demand cliff.”

Tesla is now facing more competition, higher interest rates and slower consumer spending than in recent years, Bernstein analysts wrote in a note on Jan. 12 according to CNBC.

They said, “We believe that many investors underestimate the magnitude of the demand challenges Tesla is facing.” However, the firm has had an “underperform” rating and price target of $150 on shares of Tesla after the company’s share price declined in recent months.

«Previous Post
Experts Eye Opportunities To Avoid Lunar Disputes»Next Post
Airline Stocks Are Rallying In 2023, Even With Travel Chaos: What Happens Next?