Just This Much Strenuous Exercise A Day Could Prevent Alzheimer’s

Dementia cases worldwide will triple to more than 150 million by 2050 with there is an increasing focus on protective lifestyles.
By Mark Waghorn January 15, 2023
Facebook
Twitter
Linkedin
Email 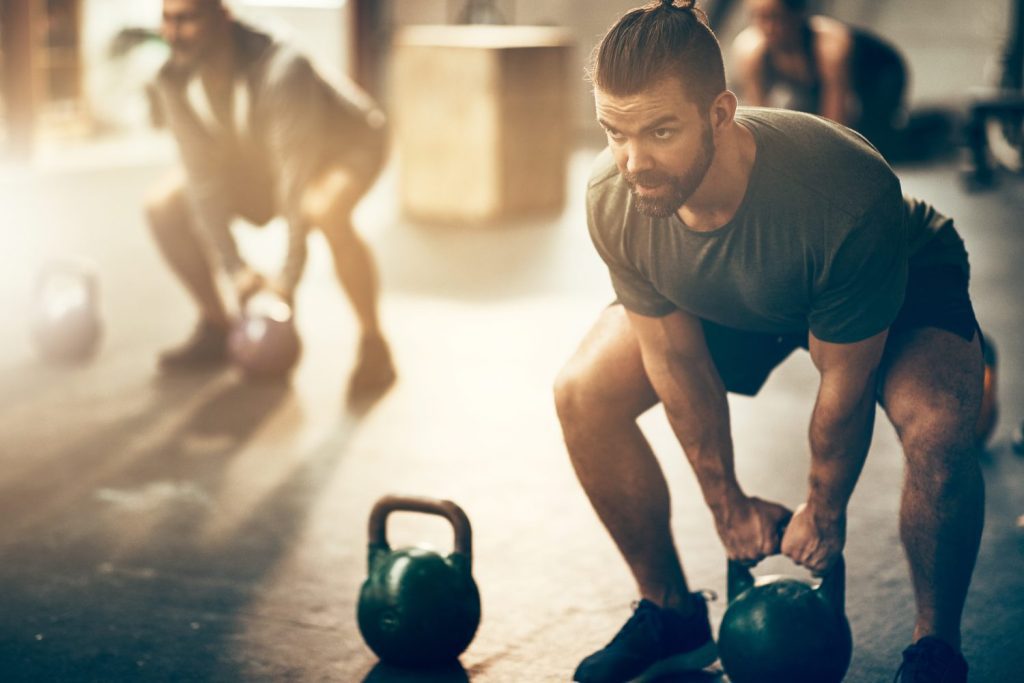 Middle age men working out at the gym. Just six minutes a day of strenuous exercise could prevent Alzheimer's, according to new research. GROUND PICTURE/SWNS TALKER

Just six minutes a day of strenuous exercise could prevent Alzheimer’s, according to new research.

Short bursts of activity that work up a sweat boost a protein essential for brain formation, learning and memory.

They also reduce risk of other age-related neurological disease such as Parkinson’s, say scientists.

The molecule known as BDNF (brain-derived neurotrophic factor) increased up to fivefold after a hard bout of cycling, a study found.

“But pharmaceutical interventions have thus far failed to safely harness the protective power of BDNF in humans.

“We saw the need to explore non-pharmacological approaches that can preserve the brain’s capacity which humans can use to naturally increase BDNF to help with healthy aging.”

Dementia cases worldwide will triple to more than 150 million by 2050. With no cure in sight there is an increasing focus on protective lifestyles.

The key chemical fuels neuroplasticity – the ability to build fresh connections and pathways – and the survival of brain cells.

Experiments on mice have revealed BDNF encourages the formation and storage of memories, enhances learning and improves cognitive performance overall.

It has led to great interest in the protein among aging experts who hope to harness its powers.

Blood samples showed amounts soared four to five times more. This was compared to one day of fasting with or without light exercise of 90 minutes low intensity cycling.

The findings are based on 12 physically active participants – six men and six women – aged 18 to 56.

The phenomenon may be due to the increased number of platelets – the smallest blood cells – which store large quantities of BDNF.

Concentration of platelets circulating in the blood is more heavily influenced by exercise than fasting – rising by 20 percent.

But further investigations are needed to understand the mechanisms involved. One theory is that during exercise the brain switches from metabolizing glucose, its primary fuel, to lactate to ensure the body’s energy demands are met.

The transition from consuming sugar to the organic acid results in elevated levels of BDNF in the blood.

Research is now underway to delve deeper into the effects of calorie restriction and exercise to distinguish the influence on BDNF and the cognitive benefits.

Gibbons said: “We are now studying how fasting for longer durations, for example up to three days, influences BDNF.

“We are curious whether exercising hard at the start of a fast accelerates the beneficial effects of fasting.

The study is published in The Journal of Physiology.