“I quit my job in December, and come January I thought ‘this is my full-time job now’", Teen busker’s mesmerizing voice.
By Pol Allingham January 13, 2023
Facebook
Twitter
Linkedin
Email 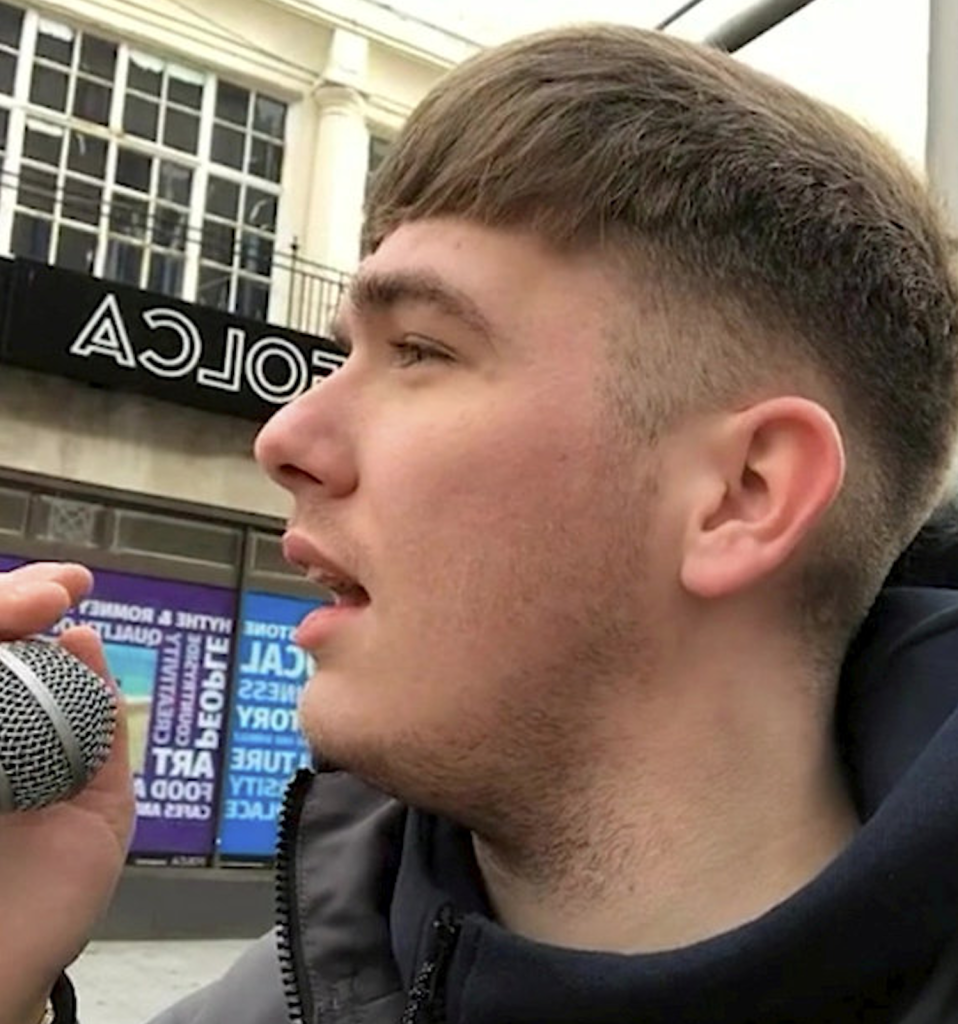 A street performers mesmerizing voice has brought shoppers to tears and had couples begging him to perform at their wedding just weeks after starting his singing career.

Busker Robbi McKeown is gaining popularity for his silky voice.

Robbi McKeown, 18, has only been crooning in the street since the start of the year but has already seen videos of his performances going viral.

Dressed in jogging bottoms and a jacket, the teen sensation takes to town centers around Kent, UK, and wows shoppers with his silky voice.

Loved-up couples and gobsmacked kids have flocked around Robbi, who quit his full-time job in a school to follow his dreams by busking.

In December the 18-year-old was still a behavior manager at a school, but since 2023 began he has been performing on the streets every day.

Scores of social media users gushed at his dulcet tones and his growing army of fans is anticipating he will hit the big time.

Clips of Robbi performing have been shared thousands of times and passers-by have already stopped in the street and asked him to perform at their weddings.

After just six months of focusing on music and a few days busking, he is making a living from his new career.

«Previous Post
Creature Living In China Millions Of Years Ago Had Dinosaur Head, Bird’s Body»Next Post
Knesset Committee To US Ambassador: Jewish Construction In The West Bank ‘should Continue’