“Argentina, 1985” is a real-life drama of prosecutors who put military leaders on trial for crimes against humanity.
By Joseph Hammond January 12, 2023
Facebook
Twitter
Linkedin
Email 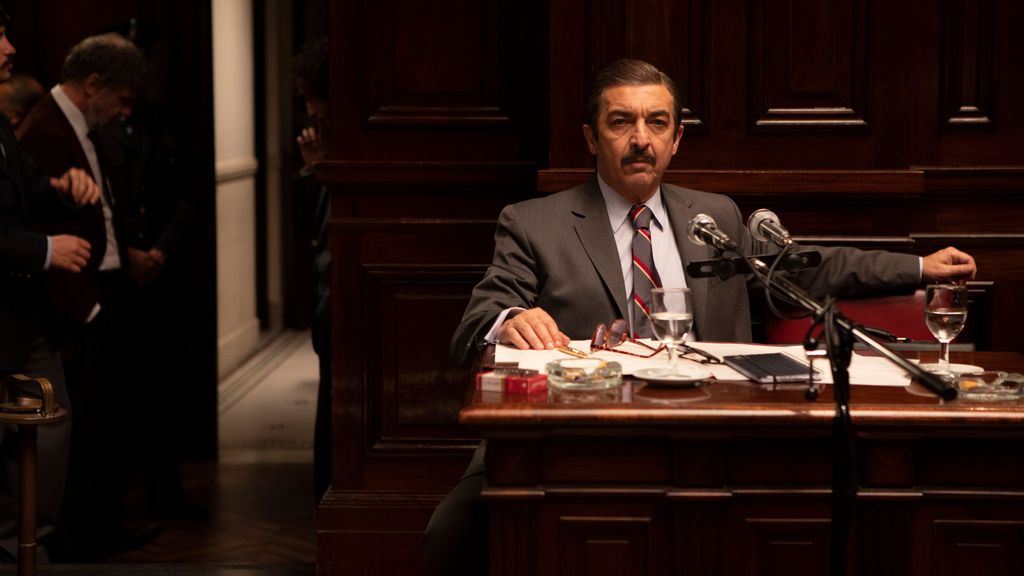 Ricard Darin portrays a prosecutor in the historical “Argentina 1985, which won the Golden Globe for Best Picture-Non-English Language.  AMAZON STUDIOS

Argentina’s sports stars and filmmakers have both won incredible international honors in a short period. This week, the drama “Argentina, 1985” seized the coveted prize from the Foreign Press Association in Hollywood.  The category was formerly known as Foreign Language film and has undergone other name changes through the history of the Golden Globes.

The victory may also put the film on a path to an Oscar.

“I want to dedicate this award to the great actor Ricardo Darín and to all those who fought for democracy in Argentina,” said director Santiago Miter in his acceptance speech.

“Argentina, 1985” centers on the Herculean efforts of Argentinean prosecutors, led by Darin, to convict the country’s military junta for human-rights abuses during a violent period of military rule from 1976 to 1983.

“For the people of Argentina, after winning the World Cup, this is a great joy,” said Darin, a veteran actor in his native land.

Even more incredible, Argentina has pulled off this feat before.

In fact, though unrelated entities — soccer and cinema — the two are often celebrated in the same year for some countries.

One other country — Germany — has matched Argentina by twice-winning a World Cup and a Golden Globe in the same 365-day period.

The 1954, the Golden Globes recognized four international films, including Germany’s “No Way Back” (“Weg Ohne Umkehr”), a West German thriller. That same year, West Germany won its first World Cup. Germany’s “The Passenger,” about a couple charmed by a suspicious stranger, won the best foreign film award at the 1974 Golden Globes. Then Germany cruised to a second World Cup later that year.

Germany won the Oscar for Best Foreign Language Film for “Nowhere in Africa” in 2003 about a German-Jewish family escaping the Nazis to East Africa. The film was nominated for but, did not win a Golden Globe. That year Germany won the FIFA Women’s World Cup held in the United States with a 2-1 victory over Sweden. The year prior Germany lost the 2002 FIFA Men’s World Cup final to Brazil 2-0.

Brazil has been similarly heartbroken: the film “Central Station” won two Oscars at the 1998 awards, but its men’s soccer team fell 3-0 to France in the 1998 FIFA World Cup.

Argentina sits at 11th in the total number of film nominations from the Motion Picture Academy. It is one of only 62 countries to receive a nomination of the 133 countries that have submitted entries.

Argentina’s first Golden Globe in the 1980s also came at a time of political turbulence in Latin American history. “No Way Back” focused on an upper-class couple who discover their adopted daughter may be the child of one of the disappeared, those murdered by the ruling military dictatorship.

The regional turmoil portrayed in such films has echoes today. The recent attempted coup in Brazil by supporters of former President Bolsinaro shows that democracy’s foundations remain shaky in some South American nations.