Pollutants from man-made objects are scattered all over the planet that post Toxic chemicals from car tires could be end in food.
By Alice Clifford January 10, 2023
Facebook
Twitter
Linkedin
Email 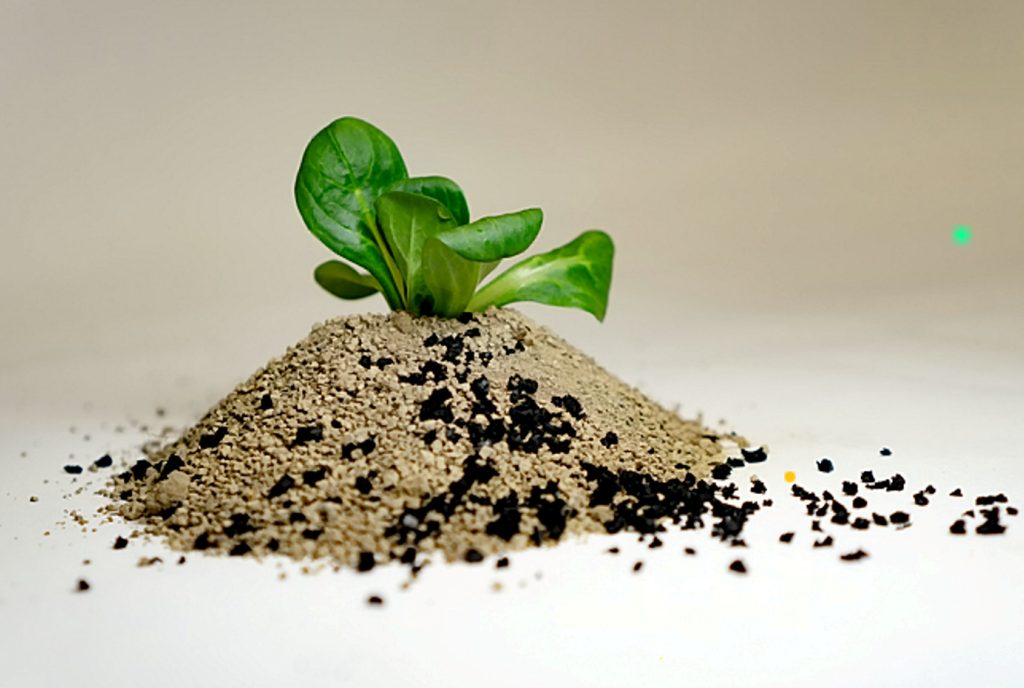 Toxic chemicals from car tires could end up in our food, as vegetables ingest pollutants, warns a new study.

Researchers discovered that as particles from car tires rub off into the earth, they leave a trail of potentially dangerous substances in their wake.

When left behind, these particles are blown around by the wind and rain and end up in rivers and sewage.

As wastewater and sewage sludge is often used as fertilizer in agriculture, the tyre particles can reach agricultural soils, contaminating the growing plants and potentially making them dangerous to eat.

In total, a person will leave behind around one kilogram of potentially toxic particles each year without even knowing it.

Anya Sherman, a Ph.D. student at the Centre for Microbiology and Environmental Systems Science (CMESS), and co-first author of the study, said: “Tire wear particles contain a number of organic chemicals, some of which are highly toxic.”

Professor Thilo Hofmann, of the University of Vienna, said: “If these chemicals are released in the root zone of edible plants, they can be a health concern for consumers – provided the chemicals are taken up by the plants.”

To reach their results scientists added five chemicals to a lettuce plant. Four of these chemicals are used in tire production but not all of them have been proven to be harmful.

However, the fifth chemical is confirmed to be toxic. While it isn’t used to make tires, it is created once the tire is used.

This chemical is called 6PPD-quinone and has been linked to mass deaths of salmon in the US.

Ms. Sherman said: “Our measurements showed that the lettuce plants took up all the compounds we investigated through their roots, translocated them into the lettuce leaves and accumulated them there.”

This also happened when the lettuce plants were not exposed to the chemicals directly, but indirectly via the left behind tire residue.

Dr. Hofmann said: “The lettuce plants continuously take up the potentially harmful chemicals that are released from the tire abrasion particles over the long term.”

The substances from tires also interacted with the lettuce plants and produced new compounds.

These compounds are unknown to scientists, meaning they cannot know if they are toxic or not.

Dr. Thorsten Hüffer, a senior scientist at CMESS, said: “The plants processed the substances and in doing so they produced compounds that have not been described before.

“Since we don’t know the toxicity of these metabolites, they pose a health risk that cannot be assessed so far.”

The team plans to better trace the possible path of tire-wear pollutants from the road to the plate.

Ruoting Peng, also a Ph.D. student at the University of Vienna and co-author of the study, said: “The processes we have investigated probably take place differently in soil systems.

“In a next step, we are therefore looking at the possible uptake of tire additives by plant roots in natural soils.”

Pollutants from man-made objects are scattered all over the planet, with oceans, rivers and lakes suffering greatly from their contamination.

The researchers have previously looked into how long microplastics can keep on releasing pollutants into water.

They found that some can continue releasing harmful substances for over 500 years.

This previous research focused on phthalates, additives that are used mainly in the production of PVC to provide flexibility and stability.

PVC is one of the most commonly used plastic.

Study first author Charlotte Henke, of the University of Vienna, said: “These plasticizers have already been detected everywhere in the environment.

“Yet, little is known about their release process from the microplastics and how environmental conditions can influence the release.

“Our analyses have shown that the PVC microplastics studied can release phthalates into aquatic systems – for example, rivers, lakes or groundwater – over more than 500 years.”

Dr. Hofmann added: “Once microplastics have reached the aquatic environment, they remain a source of potentially polluting substances, and in the case of phthalates, for a very long time.”

This study was published in the journal Environmental Science & Technology.