Many people around the world recognize the iPhone from Apple Inc as one of the leading smartphones today
By Chris Katje January 10, 2023
Facebook
Twitter
Linkedin
Email 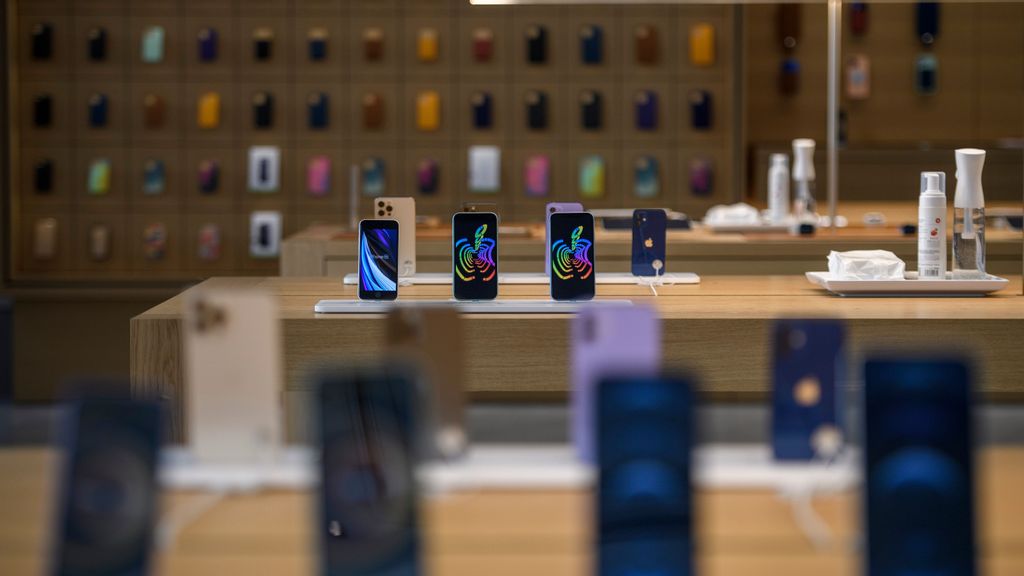 iPhones sit on display at the official opening of the new Apple Store Via Del Corso, in the center of Rome, on May 27, 2021, in Rome, Italy. The evolution of the iPhone for over a 16-year span. ANTONIO MASIELLO/BENZINGA

Many people around the world recognize the iPhone from Apple Inc as one of the leading smartphones today. The revolutionary phone was unveiled 16 years ago by Apple co-founder and former CEO Steve Jobs.

Here’s a look at the announcement and how the stock performed since its debut.

Now one of Apple’s most successful product lines, the iPhone was first unveiled by the company on Jan. 9, 2007, at Macworld in San Francisco.

“iPhone is a revolutionary and magical product that is literally five years ahead of any other mobile phone,” Apple CEO Steve Jobs said. “We are all born with the ultimate pointing device — our fingers — and iPhone uses them to create the most revolutionary user interface since the mouse.”

The iPhone was officially released in the U.S. on June 29, 2007, and went on to be one of the most important product releases in Apple history.

The iPhone offered a fingertip touch screen, a powerful camera and easy access to the internet, among many other features, providing huge advances over existing smartphones such as the Blackberry, Moto Q and Palm Treo.

“Every once in a while, a revolutionary product comes along that changes everything,” Jobs, dressed in his signature black mock turtleneck, boasted at the Macworld Expo in San Francisco.

The company revealed the latest version of the popular smartphone in September 2022 with the iPhone 14.

Shares of Apple traded higher the day after the announcement by Jobs. Apple shares traded for a split-adjusted $3.38 at the open on Jan. 10, 2007.

Based on a starting price of $3.38, a $1,000 investment in Apple stock after the iPhone announcement, an investor could have purchased 295.86 shares of AAPL.

Apple had yet to enter the burgeoning smartphone market at that point. So tech enthusiasts eagerly awaited the pioneering computer giant’s long-rumored dramatic entry into the segment according to the New York Post.

Jobs, who died in October 2011 after a long battle with cancer, delivered on the drama.

Apple revolutionized the smartphone industry and helped change the history of the company forever with the unveiling of the iPhone.

The company may have also revolutionized some portfolios for Apple investors as well.