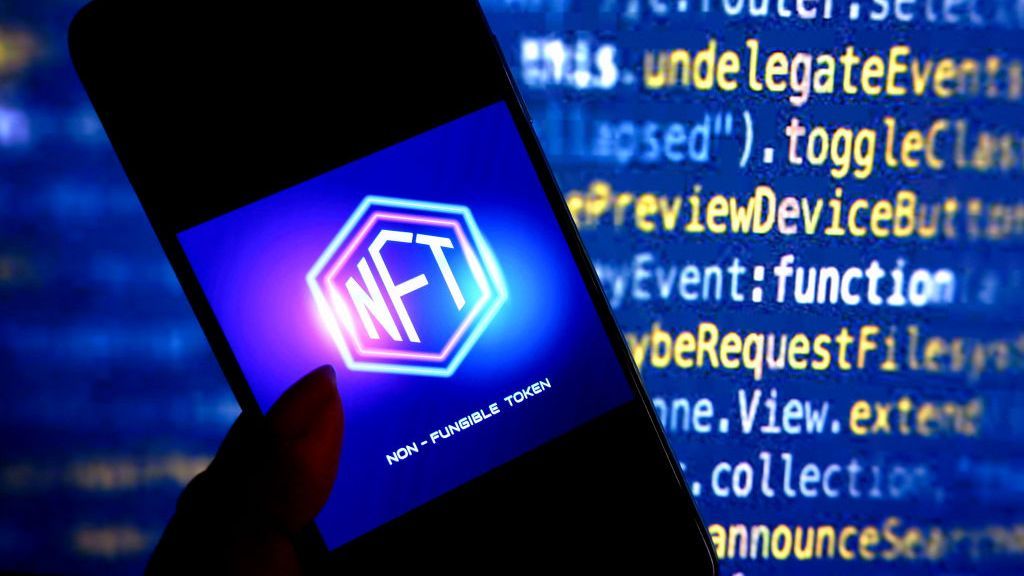 In this photo illustration, an NFT (Non Fungible Token) logo is displayed on a smartphone screen. The Mutant Ape Planet (MAP) is a collection of 6799 unique mutant apes. Each Mutant Ape Planet allows its owner to be part of an exclusive community giving different perks and experiences to its holders. AVISHEK DAS/SOPA IMAGES LIGHTROCKET VIA GETTY IMAGES

Mutant Planet Ape (MAP) NFT creator Aurelien Michel was arrested for defrauding investors of $2.9 million worth of crypto currency. The 24-year-old French national, who was residing in the United Arab Emirates (UAE), was arrested at JFK International Airport on Wednesday.

A criminal complaint was filed in US federal court on Thursday, a day after taking him into custody.

Michel falsely promised his buyers of NFTs exclusive rewards and benefits to increase demand for Mutant Planet Ape NFT, according to the US Attorney’s Statement issued on Thursday. The NFTs cost approximately $368 per image at the time of their launch and were sold on the Ethereum blockchain.

However, Michel is accused of flying away after duping investors, according to the US government’s complaint.

“After selling out of the NFTs, the purchasers were “rug pulled” – a crypto currency scam in which a developer attracts investors, but pulls out before the project is complete, leaving buyers with a worthless asset – as none of the promised benefits were provided.

Instead, millions worth of the NFT purchasers’ crypto currency was diverted for Michel’s personal benefit.” said the US Attorney’s Office.

There are 6,799 MAPs uploaded on the Ethereum blockchain, and there has been no transaction since Friday.

It has been alleged by blockchain analyst ZachXBT that on-chain data suggests Michel has stolen millions of dollars from various fraudulent schemes.

Using it you can see he is likely a team member of the $1.1m (3.61 feets) rug pull @fashionapenft as well since he received $123k from the mint

And was also on the team for Crazy Camels $1.6m (5.25 feets) rug pull https://t.co/Gpb3LVkRXX pic.twitter.com/KcSMQu6aJF

ZachXBT was able to track down Michel’s Binance account by using identifying information provided in the Department of Justice’s complaint about Michel’s cryptocurrency accounts. This Binance account was connected to several other NFT projects that were reportedly fraudulent.

ZachXBT believes that Michel is involved in other NFT scams. Michel’s Instagram account was listed as a co-founder on the website for the Crazy Camel NFT project. The website is currently not accessible, but you can view an archived version by clicking here.

“They [might] not have a basic understanding of how the blockchain works,” said ZachXBT, “since they are depositing the funds to their personal CEX [centralized exchange] account, and buying expensive NFTs they flaunt on social media.”

The Justice Department alleged in Michel openly admit in a Mutant Ape Planet Discord channel that he had rugged investors.

“As alleged, in a social media chat with current and prospective purchasers, Michel admitted to the fraudulent “rug pull,” but blamed the community of NFT purchasers for his actions, stating, “We never intended to rug but the community went way too toxic,”  said in Justice Department’s statement.

“If you believe that you have been a victim of this crime, please call the HSI Tip Line at 1-866-347-2423,” said in Justice Department’s statement.