When it got deleted I asked why it got deleted, & then I found out it was due to the acne. The post Teen claims TikTok shut down.
By Izzy Hawksworth January 9, 2023
Facebook
Twitter
Linkedin
Email 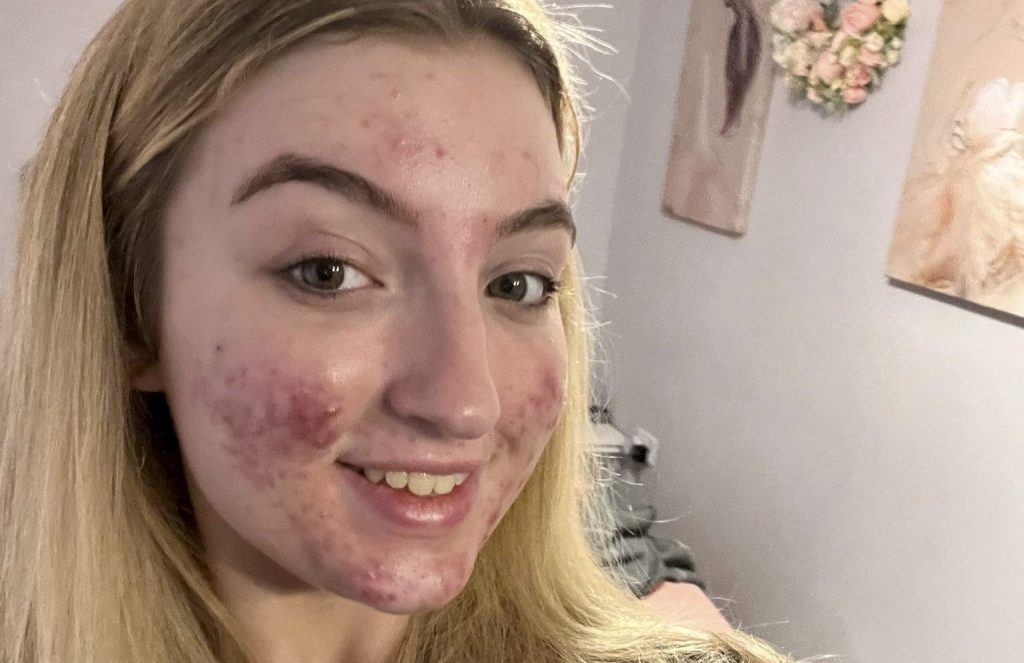 Eva Grant, 16, with no makeup, showed her acne. A teenage beauty queen has said her Tiktok account was shut down because her cystic acne was branded as gruesome content. TINA GRANT/SWNS TALKER

A teenage beauty queen has said her Tiktok account was shut down because her cystic acne was branded as “gruesome content” before it was restored by the social-media platform.

Eva Grant, 16, created her account at the start of November to help other people who suffer from acne feel more comfortable in their skin.

She started posting relatable content about having acne, including videos about her skin flaking off after wearing makeup and her skin bleeding after wiping her face.

But just three weeks after starting the account, it was removed as TikTok said her acne was “gruesome content.”

“At first, it really got to me, and I was like, why have they deleted this account because there is nothing wrong with it,” said Grant who is currently Miss Teen Galaxy York,”I had been really careful about what I was posting and making sure it was all safe for the internet so there was no swearing or anything in the audios I were using. When it got deleted I asked why it got deleted and then I found out it was due to the acne.”

The student contacted TikTok for more information on why her account was taken down, but still hasn’t received an answer from the company.She then decided to make a new TikTok account, which hasn’t yet been taken down or reported.

“They are deleting accounts that are doing good but keeping accounts on TikTok that aren’t doing so good,” said Grant.

Eva has suffered from cystic acne for over two years, a type of acne that develops when cysts form underneath the skin, which results in painful bumps on the face.

She created the account because she wanted to help people ‘feel more confident in their own skin.’

“I created the account because obviously I suffer from acne and I wanted to make sure that people weren’t alone if they had acne and make people aware of it. My thing is that society deems having clear skin as normal, so why can’t we make society think that not having clear skin is normal? So that’s what I was aiming to do – make people more aware and feel more confident in their own skin,” Grant said.

Her mother Tina has also said she ‘cried’ when Eva made the account, as she remembers a time when her daughter would look in the mirror and ‘call herself ugly.’

“Eva’s got a very bubbly and friendly personality but when she closed the door at night, the tears would flood” Tina said.

“But she wouldn’t let anyone else see that – I only got to see that along with her dad and sister…She would just look in the mirror when her acne was really bad and call herself ugly – but then she decided to turn the negativity into positive. When she came down to tell me she was going to post videos, I think I cried because I thought it’s just a brave thing for a 16-year-old to do.”

A TikTok spokesperson said that the move to shutdown her original account was a mistake.

“We hope Eva continues to use TikTok to offer encouragement and advice to others and to share her story,” the company said in a media statement.