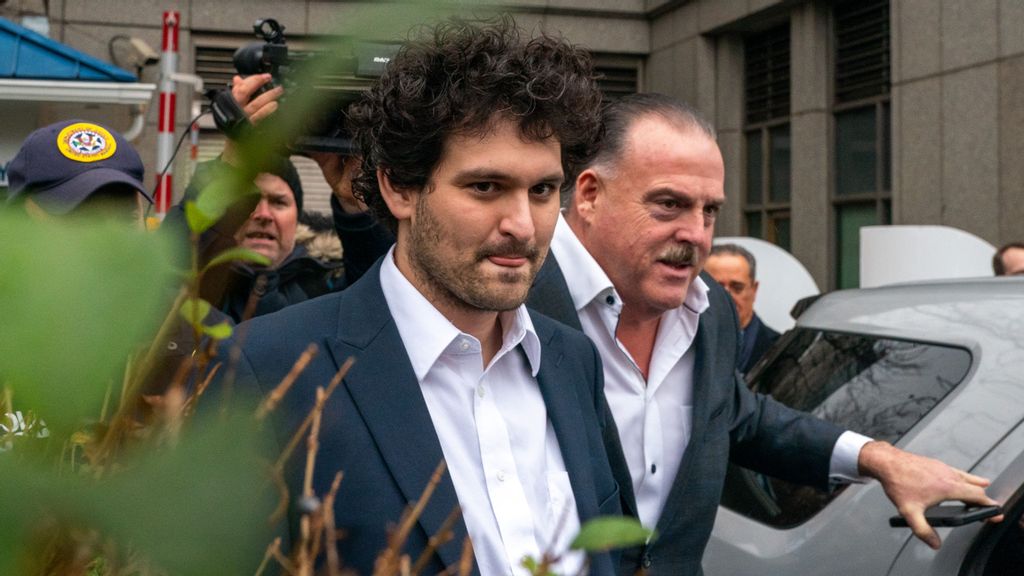 FTX founder Sam Bankman-Fried leaves Manhattan Federal Court after his arraignment and bail hearings on December 22, 2022 in New York City. Bankman-Fried, who was indicted on December 9th and arrested 3 days later by Bahamas law enforcement at the request of U.S. prosecutors, consented to extradition to the U.S. where he is facing eight criminal counts of fraud, conspiracy and money-laundering offenses which includes making illegal political contributions. He is potentially facing life in prison if convicted. DAVID DEE DELGADO/BENZINGA

FTX founder Sam Bankman-Fried is facing legal battles as he attempted to keep control of his 56 million shares in the consumer trading app Robinhood Markets Inc, currently worth around $450 million.

Bankman-Fried acquired them through his holding company Emergent Fidelity Technologies in May 2022, when they were valued at approximately $600 million.

In a court filing, Bankman-Fried’s representatives cited the need for some of these funds to pay for his criminal defense, citing U.S. case law that holds that the financial inability to defend oneself may constitute “irreparable damage.”

The filing also argued requests by debtors to access the funds should be denied because they “have failed to carry their heavy burden of demonstrating that they are entitled to this form of relief.”

The feds have slapped Bankman-Fried with eight charges that carry up to 115 years in prison. The former FTX CEO pleaded not guilty in Manhattan federal court this week according to the New York Post.

Bankman-Fried claims to only have about $100,000 left and has said he’s uncertain how he’ll cover his legal expenses. He hired Ghislaine Maxwell’s former defense attorney, Mark S. Cohen.

The Justice Department said Wednesday that has moved to seize millions of shares of Robinhood, the popular stock-trading app, whose ownership is disputed by several parties, including Bankman-Fried himself, his bankrupt crypto exchange FTX and another bankrupt crypto company according to CNN.

“We believe that these assets are not property of the bankruptcy estate or that they fall within the exceptions&mldr; of bankruptcy code,” Seth Shapiro, a Justice Department attorney, said during a bankruptcy hearing in Delaware Wednesday.

In the court filing, FTX argued that because there were so many creditors seeking ownership of these shares, “the asset should be frozen until this Court can resolve the issues in a manner that is fair to all creditors of the Debtors.”

Defunct crypto lender BlockFi, which filed for bankruptcy in November 2022, claimed the assets were pledged to it under the terms of an agreement made on Nov. 9.

The lender alleged Bankman-Fried’s investment vehicle “defaulted on its obligations under the pledge agreement” and “failed to satisfy its obligations thereunder despite written notice of default and acceleration.”

The court filing admitted this made the requests by the debtors “moot,” but noted that Bankman-Fried was legally “compelled to reply” to the debtor’s requests.

Meanwhile, BlockFi’s stated ownership of the shares of Robinhood stem from claims that the terms of a loan from BlockFi to FTX used the shares as collateral to guarantee repayment. BlockFi, which is in the midst of its own bankruptcy proceedings, demanded in November that Emergent turn over the shares or liquidate them to make repayment.

In a December interview with CNBC, Robinhood CEO Vlad Tenev admitted the situation was out of his company’s hands.

“It’s going to be locked up in bankruptcy proceedings, most likely for some time. And so we’re just kind of seeing how that plays out,” he added.