Reliving The Great Ice Storm Of 1998

The 1998 storm that caused destruction and devastation across Canada and the Northeastern United States during El Nino.
By John Murphy January 9, 2023
Facebook
Twitter
Linkedin
Email 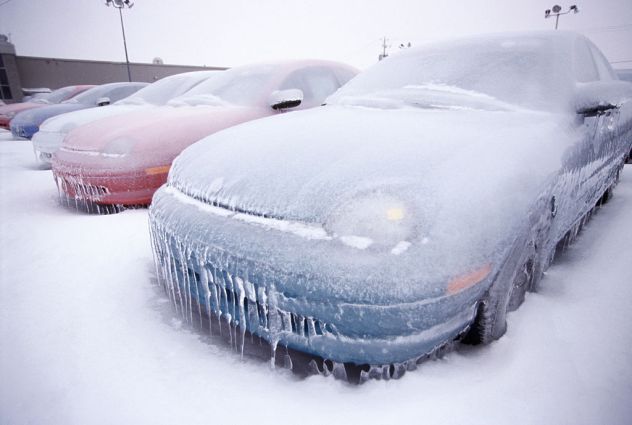 Canada: Ice Snowed Over Car Lot. Storms in Canada's dark, triangular region have left most in the area without power for over a month. The historic Great Ice Storm of 1998 led to destruction and devastation across Canada and the northeastern United States that lasted far beyond the storm's duration.  CHRISTOPHER J. MORRIS/ACCUWEATHER

The historic Great Ice Storm of 1998 led to destruction and devastation across Canada and the northeastern United States that lasted far beyond the storm’s duration. Nearly three dozen people were killed and millions were left without power — some of them for months.

The strong El Niño pattern during the winter of 1997-98 helped the pieces for the historic ice storm come together through its influence on the jet stream. A moderate to strong El Niño can produce a more active subtropical Pacific jet, which brings more moisture to the Pacific Coast and the southern United States, according to the National Weather Service. It also tends to keep the polar and arctic jet streams across Canada with near or above-normal temperatures across the U.S.

The event began to unfold on Jan. 4, 1998, when an upper-level low system stalled while traveling over the Great Lakes. The stalling of the storm allowed warm and moist air from the Gulf of Mexico to pull toward the St. Lawrence Valley.

The warm and moist air traveling above the cooler dense air at the surface resulted in precipitation overspreading southeast Canada and the northeastern U.S. in the form of freezing rain. The below-freezing temperatures across the region helped the widespread freezing rain accumulate ice.

From Jan. 5 to Jan. 10, steady and heavy precipitation spread across northern New York, New England and southeast Canada, the freezing rain coating a large swath of the area with ice. The sheer weight of the accumulation toppled thousands of trees and collapsed power lines onto cars, roads and homes.

As power lines continued to snap, a chain reaction resulted in over 1,000 transmission towers collapsing, leaving more than 4 million people without power. Over 30,000 utility poles had also fallen, creating further power issues across Canada and the United States.

By Jan. 7, 1998, much of Quebec and Maine came to a standstill as the ice storm unleashed its full strength across the region. Maine Mayor Ruth Joseph declared a state of emergency that day and evacuations of nursing home patients began as the facilities lost power.

“I liken this to the kind of damage you see from a major hurricane, a once-in-a-10-years kind of hurricane,” Central Maine Power spokesman Mark Ishkanian told the Kennebec Journal on Jan. 8, 1998.

About 80% of the entire population of Maine lost electricity as the storm barreled through the region and The U.S. National Guard was activated to assist in recovery. In Canada, about 14,000 Canadian Forces troops were activated, which became the largest operational deployment of Canadian military personnel since the Korean War.

Fire and rescue officials in Maine helped evacuate families whose homes were damaged by fallen trees and power lines.

“Blue and orange flashes of light occasionally filled the night sky as more power lines snapped and crashed to the ground under the weight of ice and snow,” Sun Journal staff writer Mark LaFlamme wrote on Jan. 9, 1998.

At the peak of the storm, nearly half of Quebec’s population was without power, in addition to over a million customers in Ontario, according to CBC. Some didn’t have power restored for several weeks. Roads were kept closed due to the collapsed power lines and trees from the ice, stranding many in their homes without heating. As a result, at least 600,000 people were relocated to hotels and shelters with emergency power backups.

“We have so many people without electricity or heat, and some people in outlying areas are isolated there because of the ice. It’s a very dangerous situation,” Director of Maine’s Emergency Management Agency Bill Libby told the Portland Press Herald on Jan. 9, 1998.

Public Safety Canada’s disaster database reported 35 Canadians were killed in the storm, with the causes of death including carbon monoxide positioning, trauma, fire or hypothermia. The number of fatalities from the storm made it one of the worst in Canadian history, matching the 1959 Escuminac Hurricane, which killed 35 in Nova Scotia and Prince Edward Island.

By the end of the event, several inches of precipitation was reported across the affected areas, including 2.11 inches in Burlington, Vermont, on Jan. 8. Northern Vermont suffered the most accumulation, reporting more than 6 inches in spots. Overall, the heaviest precipitation occurred across northern New York and Vermont.

Over $3 billion of property damage was estimated in the affected areas, according to the National Weather Service. Power outages lasted days and even weeks for some due to the storm.

The lasting impacts of the storm went far beyond January as devastation expanded to farming and agriculture. Maple and apple trees were destroyed in the event, causing the industries across the region to be greatly affected even months after the storm finished. In addition to lost crops, about 300,000 farm animals also died because of the storm since farmers didn’t have enough generators to keep their livestock warm.

«Previous Post
Deadly Combination Of Bomb Cyclone, Atmospheric River Drenches West Coast»Next Post
The US Has A New Lightning Capital, And It’s Next To A Popular Tourist Destination