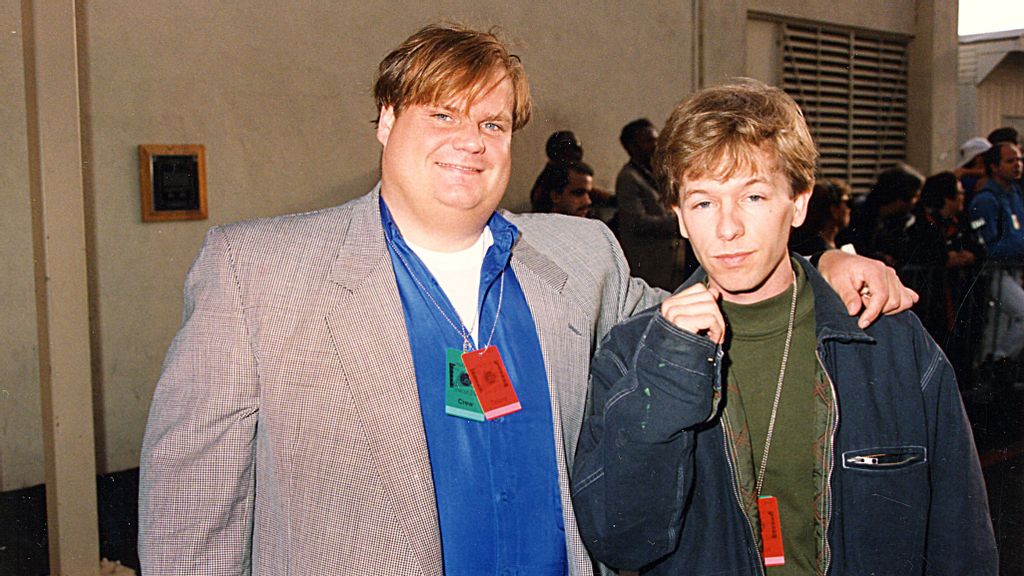 Released in 1995, “Tommy Boy” wasn’t a huge hit at the box office (although it was profitable) or with critics. The movie garnered a cult-like following and is one of the most quotable movies of the 1990s for a certain generation.

When Jim Farley took over as the CEO of Ford Motor Co on Oct. 1, 2020, many knew him for his years of experience in the automotive industry and his family ties to Ford.

Some knew that Farley was the cousin of “Saturday Night Live” star Chris Farley and also a cousin to former professional hockey player and the voice of the Carolina Hurricanes, Tripp Tracy.

In honor of the 27th anniversary of the theatrical release of “Tommy Boy,” Farley shared some potential new details of the movie.

“People ask if Tommy Boy was based on our family. It was,” Farley tweeted. “During the summers Chris would travel on the road with his dad in Wisconsin. Every family has that kid that entertains everyone. Chris was ours. God, we were lucky!”

Chris Farley’s father Thomas was the president of Scotch Oil Co, a family-owned company in Wisconsin, and Chris worked with his father after college.

Farley’s family tree has connections to the late actor and also connects him to Ford, the company he now leads.

A rivalry between Ford and Tesla Inc could have taken a step too far when CEO Elon Musk shared a video of Chris Farley from “Tommy Boy” in response to a Teslarati article discussing Farley mentioning testing its full self-driving suite.

“I found some footage of the drive,” Musk replied, sharing a clip of Farley in “Tommy Boy” swerving on the road and losing the hood of the car.

Some found the sharing of a clip featuring the dead relative of Ford CEO to be taboo and over the line.

Over the years, numerous Blue Oval models have been immortalized in die-cast form, many of them from the likes of Hot Wheels and Matchbox. However, in recent years, more die-cast companies have emerged, churning out cool replicas of more specific versions of all different kinds of vehicles – such as the brand new Ford Mustang Mach-E GT police pilot vehicle recently revealed by Greenlight Collectibles. Now, that same company has also unveiled another cool collectible – a replica of the 1986 Ford Taurus from the movie Tommy Boy.