Republicans may have decided to have more children because of Trump's presidency because it increased their economic optimism
By Alice Clifford January 5, 2023
Facebook
Twitter
Linkedin
Email 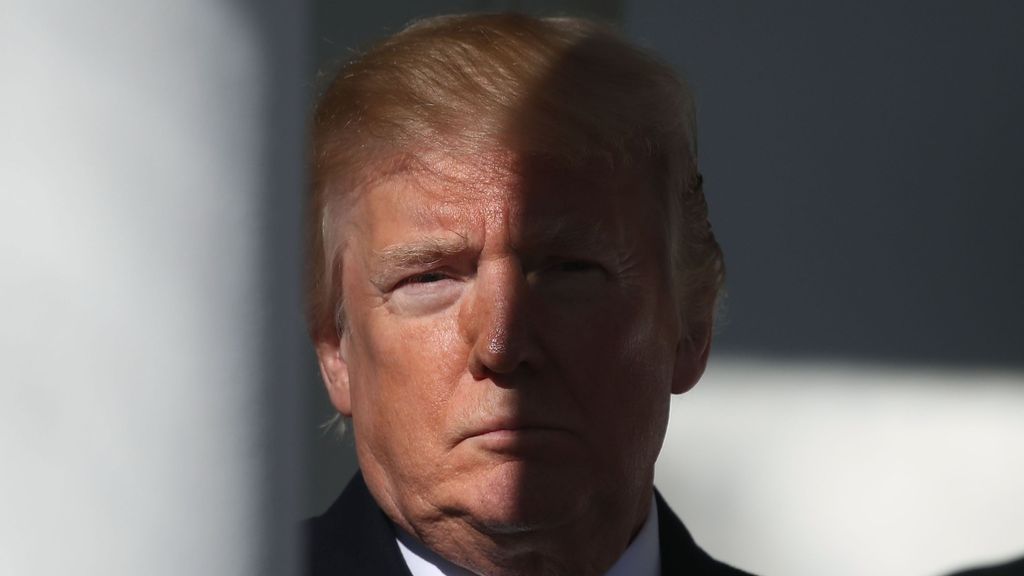 President Donald Trump stands in the colonnade as he is introduced to speak to March for Life participants and pro-life leaders in the Rose Garden at the White House on January 19, 2018 in Washington, DC. The annual march takes place around the anniversary of Roe v. Wade, Supreme Court decision that came on January 22, 1974. PHOTO BY MARK WILSON/GETTY IMAGES

Republicans may have chosen to have more children as a result of Trump’s administration since it improved their economic optimism, as suggested by researchers. In the first two years of Trump’s presidency, there were between one and two percentage points fewer infants born to Republicans than to Democrats.

Study co-author Professor Gordan Dahl, of the University of California, San Diego, said: “The size of the change is equivalent to changes in birth rates that occur after economic shocks or in response to policies designed to affect birth rates.

“For example, when unemployment drops by one percent, it increases national fertility by one to two percent, and when other countries provide a $1,000 subsidy to mothers for having a child, fertility rates rise by about two percent.”

The 2016 scenario provided the perfect natural experiment due to the polarization of the U.S. and the surprise of the result.

Trump’s win in 2016 was unexpected by the majority of Americans. The shock led to a sharp change in optimism among Democrats and Republicans, according to several different surveys.

The Civiqs survey showed that within four months of the election, Republican and Democratic outlooks on the economy had flipped. A strong majority of Republican voters believed economic conditions were getting better, reversing their formerly pessimistic view.

However, the election had the opposite effect on Democrats. Most believed that the economy was getting worse.

The team also looked at the birth rates among Hispanic people and non-Hispanic people. Dahl said: “Hispanics were singled out by the Trump campaign and voted approximately two-to-one for Hillary Clinton in 2016.”

The research team found that Hispanic mothers had fewer babies after the election.

A drop in birth rates among Hispanics relative to non-Hispanics was equivalent to 2.3 percent of the national birth rate. This was even larger when compared to groups that heavily voted in favor of Trump and rural and evangelical white people.

Looking at previous elections the pattern seems to fit.

Barack Obama, who was long projected to win the presidency in both 2008 and 2012, had no effect on birth rates. Yet, they found a similar effect to Trump in 2000 when George W. Bush was elected after Al Gore was favored to win. But the change was much smaller compared to the Trump presidency.

Co-author Dr. William Mullins of the Rady School of Management at the University of California, San Diego, said: “Our research really illustrates how polarized the country has become over the last 20 years.

“Democrats and Republicans are deeply divided on their policy priorities and worries about the future, including on topics such as the environment, inequality, moral values and immigration.

“Polling data on voters’ satisfaction with ‘the way things are going in the U.S.’ reveals members of the two parties see the country through almost completely different lenses.”

To gather their information researchers used birth certificate data from the National Center for Health Statistics (NCHS). They also compared this information to county-level Census Bureau data. This revealed the number of Democratic and Republican voters in the 2016 election.

To gauge the effects on Hispanic mothers, they were able to use the ethnicity listed on birth certificates.

The study was published in the American Economic Review.

«Previous Post
House Speakership In Chaos As McCarthy Failed On The Seventh Vote On Thursday»Next Post
McCarthy Attempts To Cut A Deal While Dissenters Nominate Trump, Hern For House Speaker