US Military Takes War To The Metaverse With Project Tripoli

The industry metaverse is dimming, the metaverse for the military provides a glimmer of hope
By Oluwapelumi Adejumo January 5, 2023
Facebook
Twitter
Linkedin
Email 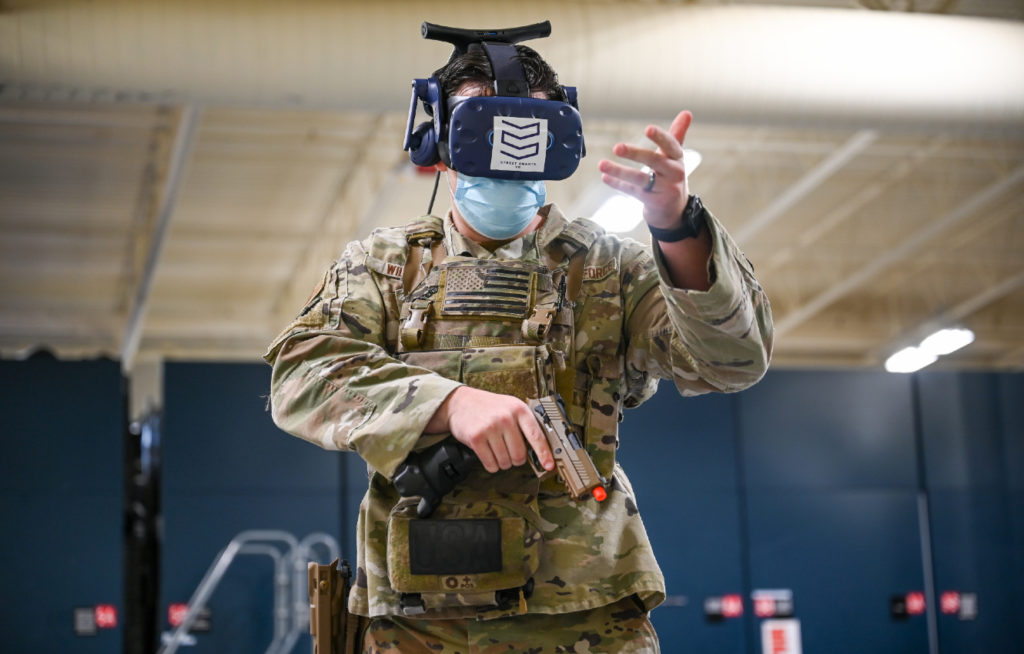 While those who expected the metaverse industry to boom in 2022 may be cutting their losses. One area of the nascent space that offered glimmers of hope with significant adoption in the concluded year was military training.

The US military is one of the earliest militaries in the world to adopt the metaverse. The body launched a metaverse project that provides a realistic combat experience. One such program is Project Tripoli, a US Marine Corps program training soldiers on coordinating actions and weapons integration.

Media reports revealed that Project Tripoli provides the Marines with a virtual environment that radically changes their training by exposing them to emerging technologies.

“Project Tripoli will provide the Marine Corps with a virtual environment that embeds with live training for Marines to gain experience with emerging systems and capabilities across all domains,” The spokesperson of Training and Education Command, U.S. Marine Corps, Capt. Phillip Parker reportedly said.

Meanwhile, military training in the metaverse is not restricted to the US alone. Asian countries like China and India have also advanced in training their armies through the metaverse.

“We provide a 3D-modeling tool scenario editor, training executor and after-action review, and also, hardware parts; we can provide virtual reality or mixed reality, augmented reality and extended reality, according to the customers’ needs,” the marketing lead at Naviworks, a company that is the main simulation supplier for the Korean defense forces, Angela Park, said.

While virtual training is cheaper, not every agency can still afford it. Some companies, such as Digimation, have developed DART, more affordable technology and more suitable for police departments.

Speaking on the advantages of DART, the president of Digimation, David Avgiko, noted that it has software that allows agencies to make their training courses and do other things that make the training more realistic.

Another company, Bohemia Interactive Simulations, or BISim, focuses on geographical realism. This can give military personnel an advantage regarding their familiarity with the terrain.

However, it is not all positive news for military training in the metaverse. One of the first concerns is graphics quality and how it affects training effectiveness. Companies noted that most trainees take training less seriously if the graphics quality is not as good as the games they are familiar with.

They also noted that most trainees tend to be more relaxed during training which shows the need for more realistic experiences.

Also, some parts of military training cannot be done virtually. For example, loading shells into artillery can’t be done through a computer game.

Additionally, some of the trainees have reported health effects. Bloomberg reported that soldiers who used Microsoft’s HoloLens goggles suffered from nausea, headaches, and other issues.

But these concerns won’t stop virtual military training. Several countries are already using this technology, and Technavio has projected a yearly growth rate of 4.67% until 2026.