Damar Hamlin collapsed on Monday night after a hit on Tee Higgins of the Cincinnati Bengals where the game was suspended.
By Leocciano Callao January 5, 2023
Facebook
Twitter
Linkedin
Email 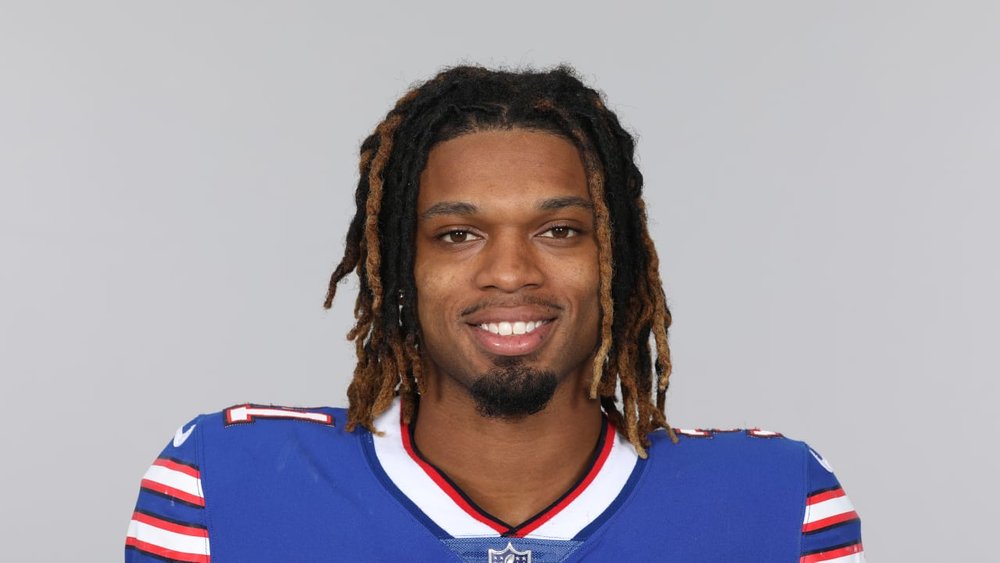 Bills player Damar Hamlin, who plays safety, was drafted by Buffalo in 2021. Hamlin collapsed on the field on Monday night after the tackle on the Cincinnati Bengals Wide Receiver Tee Higgins. BUFFALO BILLS/RELIGION UNPLUGGED

Bills player Damar Hamlin, who plays safety, was drafted by Buffalo in 2021. Photo courtesy of the Buffalo Bills

As the ambulance drove off, the Bills players, coaches and staff kneeled to form a prayer circle on national television.

Players, both past and present, took to Twitter and called on fans to pray.

“Damar Hamlin Update from the Bills. Keep him and his family in your prayers.” Tweeted by ESPN analyst Robert Griffin III.

“Praying for Hamlin” even became a trending topic on Twitter by Tuesday afternoon.

Former New England Patriots tight end Benjamin Watson, who is also a Christian author, tweeted a message from the Hamlin family, adding his own call to prayer.

“Keep praying for Damar, his family, his teammates and friends. ” Tweeted Watson.

Bills fans even held a vigil on Tuesday to pray for Hamlin’s recovery.

“About 150 #Bills fans holding a prayer vigil outside Highmark Stadium for Damar Hamlin. Jill Kelly, wife of Bills great Jim Kelly, is at the center.” Tweeted by ESPN’s Jeremy Fowler.

The NFL decided to postpone the game. Not everybody was pleased with the league’s decision. Given that it’s the penultimate week of the NFL regular season, the stakes are high as teams fight to solidify playoff positions.

The Bills, who are on top of the AFC East, have clinched their spot in the postseason. Meanwhile, the Bengals, who lead the AFC North, have secured a wildcard position.

“No doubt the NFL is considering postponing the rest of this game – but how? This late in the season, a game of this magnitude is crucial to the regular-season outcome … which suddenly seems so irrelevant.” Tweeted by Skip Bayless.

As a result, Fox Sports analyst Skip Bayless made his feelings known on Twitter — and the backlash was almost immediate. Athletes and the general public have called for Bayless to be fired. Despite the negative side of the coin, prayers flooded and the sports world united behind Hamlin.

Bayless tried to make amends with another tweet, saying he “prayed for” Hamlin.

“Nothing is more important than that young man’s health. That was the point of my last tweet. I’m sorry if that was misunderstood, but his health is all that matters. Again, everything else is irrelevant. I prayed for him & will continue to.” said Bayless on Twitter.

Hamlin spent his college career at the University of Pittsburgh. He also attended Pittsburgh Catholic High School before joining the Panthers and eventually the Bills. Hamlin is known to be a man of the community.

Hamlin’s family friend and marketing representative, Jordon Rooney, told CNN that the Bills player is “more than an athlete.”

Outside of football, Hamlin runs an annual toy drive for local children. Hamlin started this project in Pittsburgh and extended it to Buffalo after signing with the Bills.

“He’s in the NFL because he wants to be a role model,” Rooney added. “Part of what drives Damar is to be an example for the other young people in his community.”

Hamlin’s toy drive has received over $1 million in donations since Monday’s incident.

Hamlin remains in an induced coma. His family even put out a statement calling for prayers.

“He has a strong family. He has the ideal support system. They’re optimistic,” Rooney said. “Damar is someone that you would trust and believe to come out on top of anything that he is faced with.”

Buffalo Bills safety Damar Hamlin remains hospitalized in critical condition but showed “signs of improvement” that were observed Tuesday and overnight into Wednesday, according to the team.

The Bills said Wednesday in a statement, according to ESPN, that Hamlin “is expected to remain under intensive care as his health care team continues to monitor and treat him.”

Leocciano Callao is a freelance journalist. He has interned at the Brooklyn Paper and currently covers basketball for FanSided. He studied media, culture and the arts at Providence Christian College in Pasadena, California, and played four years of college soccer. He is on Twitter @leocciano.