The House of Representatives has adjourned until 8:00 PM EST, and it's the first time a Speaker has not been elected in 100 years.
By Anthony Noto January 5, 2023
Facebook
Twitter
Linkedin
Email 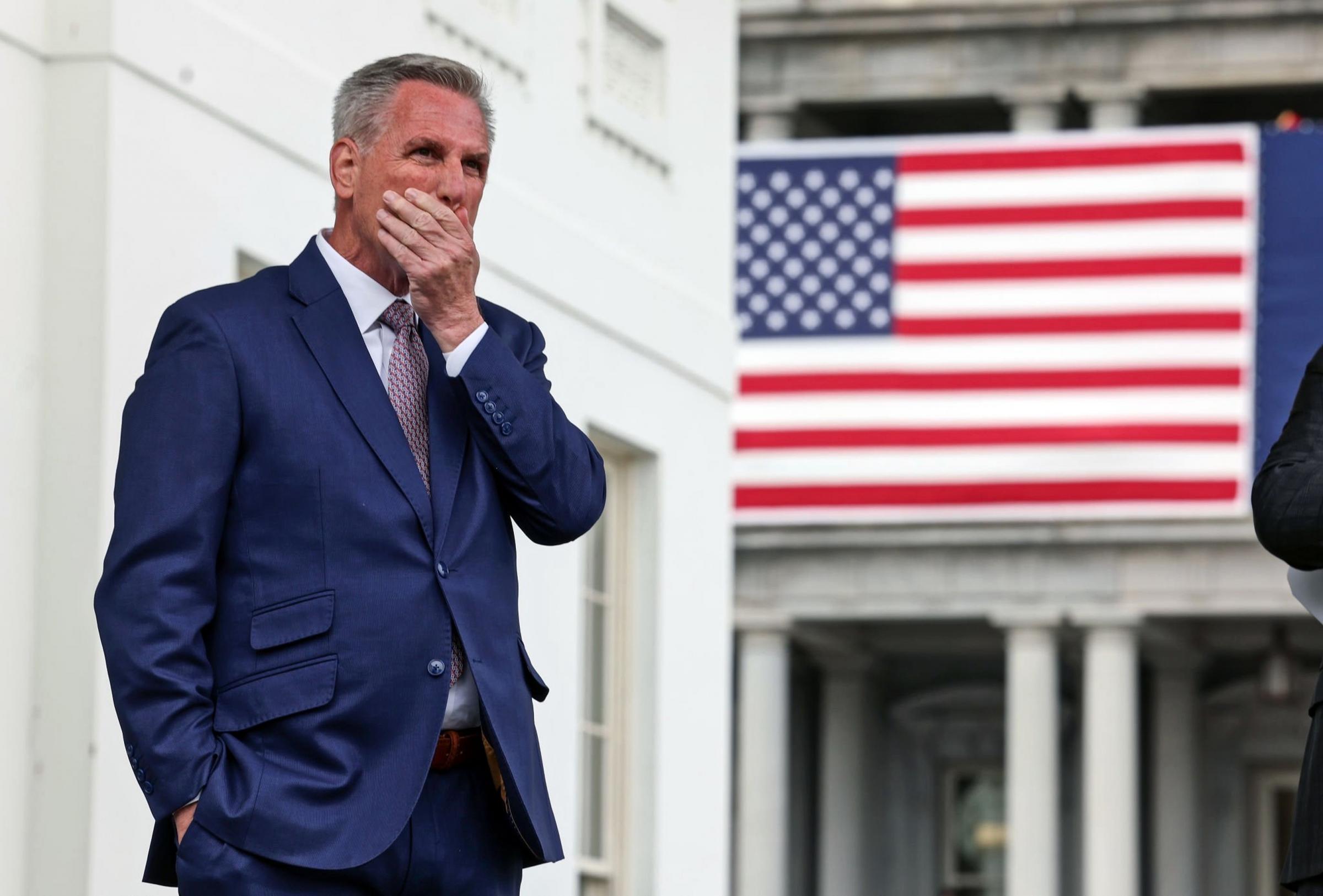 The House of Representatives had adjourned at 8 p.m. EST on Wednesday, Jan. 4, after far-right lawmakers blocked Republican Kevin McCarthy’s attempts to become speaker of the House in six separate voting sessions.

McCarthy scored 201 votes in the fourth, fifth and sixth rounds (falling short of the 218 votes needed); Florida Rep. Byron Donalds grabbed 20 Republican votes during the fifth and sixth sessions according to NBC News.

Asked about his plans for when the House reconvenes at noon Thursday, McCarthy said: “We just keep talking, that’s all. We talk until we get this done.”

McCarthy argued that repeated roll call votes — six in total over two days for the speakership — weren’t productive and that lawmakers preferred to spend more time discussing than voting on the floor.

“I don’t think having continual votes is productive,” he said. “We’ve gone through that. People know where everybody’s at. You see the votes don’t really change at all.”

Louisiana Rep. and current GOP majority leader Steve Scalise is reportedly an option right-wing House members are considering for speaker, underscoring just how divided the party has become in the 118th Congress.

Republican Victoria Spartz of Indiana voted “present” in all three rounds on Wednesday. If enough Republicans vote “present,” Democrat Hakeem Jeffries could be elected speaker with just the 212 votes he continues to tally.

The results follow a dramatic back-and-forth between McCarthy and hard-lined Republicans, including Matt Gaetz, Chip Roy and Lauren Boebert.

Meanwhile, Democrats remain unanimous in their support for Jeffries but grow frustrated for being unable to carry out constituent services and appoint committee members due to the Republican stalemate.

It’s worth noting the speaker does not need to be a member of Congress.

This is the first time in a century that it has taken more than one ballot to elect a speaker. In 1923, it took nine ballots. Before that, in 1856, it took 163 rounds of voting — two months.

he idea that a fresh new majority is riding into town to do the American peoples’ business is in tatters. The mess in the new House on Tuesday and Wednesday suggested that every tough vote, and even easy ones, in the new House could be gummed up by the reality of a dysfunctional majority when small groups of members could shut the chamber down.

On one side is McCarthy, who is refusing to cede his personal aspirations for power despite growing evidence he may never win the votes he needs in his own party. Even if he does squeak through after caving repeatedly to his critics, he will be a fatally weakened speaker.

“The country or Kevin McCarthy. Which should have more weight?” said recently retired GOP Rep. Adam Kinzinger of Illinois, who is now a CNN political analyst.

Democrats remained united behind Rep. Hakeem Jeffries, as he remained strong with all 212 Democratic votes on all six ballots according to CBS News.

Twitter owner and CEO Elon Musk is backing House Republican leader Kevin McCarthy in his bid to become speaker of the House, tweeting his support as McCarthy enters his third day of trying to garner enough votes to get the job, according to Fox News.

House Republican leader Kevin McCarthy of Bakersfield lost again on Thursday in his seventh attempt to be elected speaker, extending the saga over which Republican will succeed Nancy Pelosi (D-Calif).

Conservatives in the House Freedom Caucus who have supported an alternative to McCarthy for speaker want him to make more concessions to potentially win them over. The list of asks includes lowering the threshold so that a single member of the House Republican Conference can offer a motion to vacate the chair, a tool that could oust the speaker; placing more Freedom Caucus members and allies on the Rules Committee; and a commitment to hold a vote on term limits legislation for members of Congress.

The embattled Republican leader is 16 votes shy of being elected speaker, but there are members of the so-called “Never Kevin” caucus — which includes Reps. Matt Gaetz of Florida and Lauren Boebert of Colorado — who insist they will never support him in a floor vote, calling into question whether he has a plausible path to the job at all.

As he barreled toward a seventh defeat on Thursday, McCarthy told ABC News Congressional Correspondent Rachel Scott that he was still confident his party would get to a solution to the historic stalemate over speaker. But he insisted he doesn’t “pick the day.”

Scott pressed McCarthy on whether the concessions he made to his opponents were enough.

“Concessions,” he laughed with a smirk.

“I think we’re having good discussions. I think everybody wants to find a solution. And the good thing about it is we worked this all out at the beginning, so the rest of the Congress will be very productive for the American public,” he said.