A passionate young rugby player who was diagnosed with a brain tumor made his debut against all the odds thrown his way
By Ben Barry January 5, 2023
Facebook
Twitter
Linkedin
Email 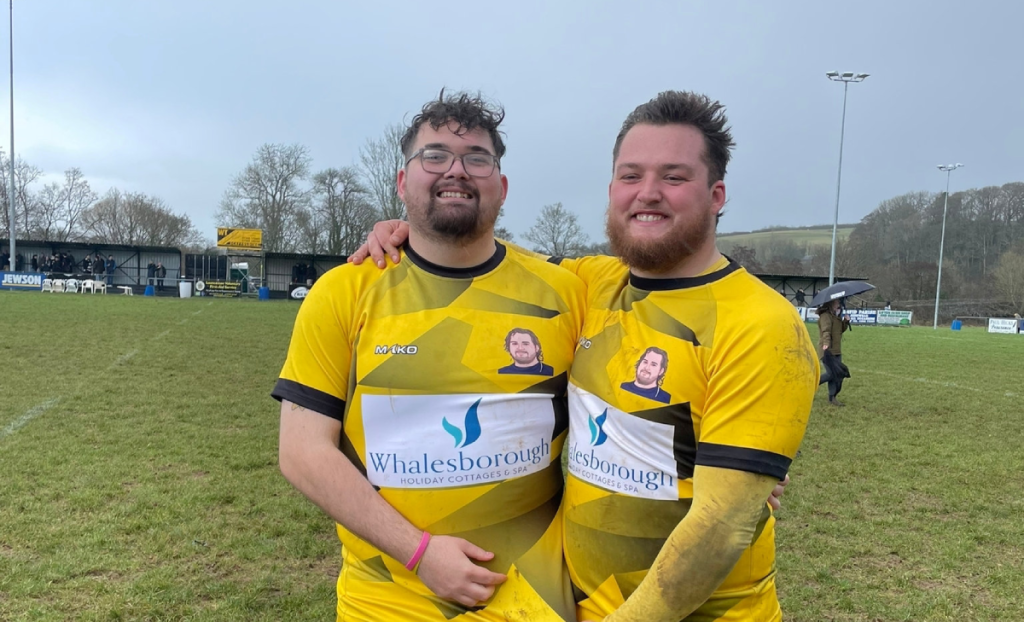 A passionate young rugby player who was diagnosed with a brain tumor made his debut after being told he would never play again.

Chae Jenkins, 23, had to retire from rugby in 2020 after being diagnosed with a rare brain tumor at the age of 19.

More than 500 spectators turned out at Launceston Rugby Club, Cornwall, England to cheer on the former player. He even scored a try with the help of both teams in the final kick of a Boxing Day charity match in aid of Brain Tumour Research.

Chae, who played in the Launceston first team, Exeter Chiefs Academy and Cornwall under 20s said: “It was emotional to be back on the field, for me and my mum, who I surprised with my appearance with the team at the end of the match.

“I was greeted by a huge roar of cheers from the crowd. Both squads came together to help me score a try in the same place I scored the last time I played.

“Although I know I will never play rugby again, it was great to be carried with members of both teams and lace up my boots for the first time since I was diagnosed with a brain tumor.”

Doctors made the shocking discovery after Chae began suffering from migraines in January 2020. At the time, he was recovering from leg-lengthening surgery – he had a 4.5cm (0.15 feets) (0.15 feet s) (0.15 feet) height difference in his legs due to a cyst on his femur since childhood.

Chae from Bude, Cornwall, received radiotherapy and chemotherapy and continues to be monitored with regular scans.

However, the tumor left him with life-changing injuries, including impaired vision and limited mobility.

The once hopeful rugby player’s dream of a career in the sport he loved were shattered. The inaugural rugby match, which saw Chae XV win 32/5 against Launceston XV, has so far raised more than £4,500 ($5,389) for the charity.

Chae added: “Since I was diagnosed with a brain tumor, I have campaigned alongside Brain Tumour Research whose mission is to increase national investment into research of this disease.

“This event was very special with players and fans overcome with emotion. It was surreal to see players wear a kit which I designed, and I’m hoping to make the Boxing Day charity match annual.”