Is Ye Hiding From His Ex-manager’s $4.5m. Lawsuit?

The disgraced hip-hop mogul is reportedly living a nomadic lifestyle where his former business manager on the verge of a lawsuit.
By JNS Reporter January 4, 2023
Facebook
Twitter
Linkedin
Email 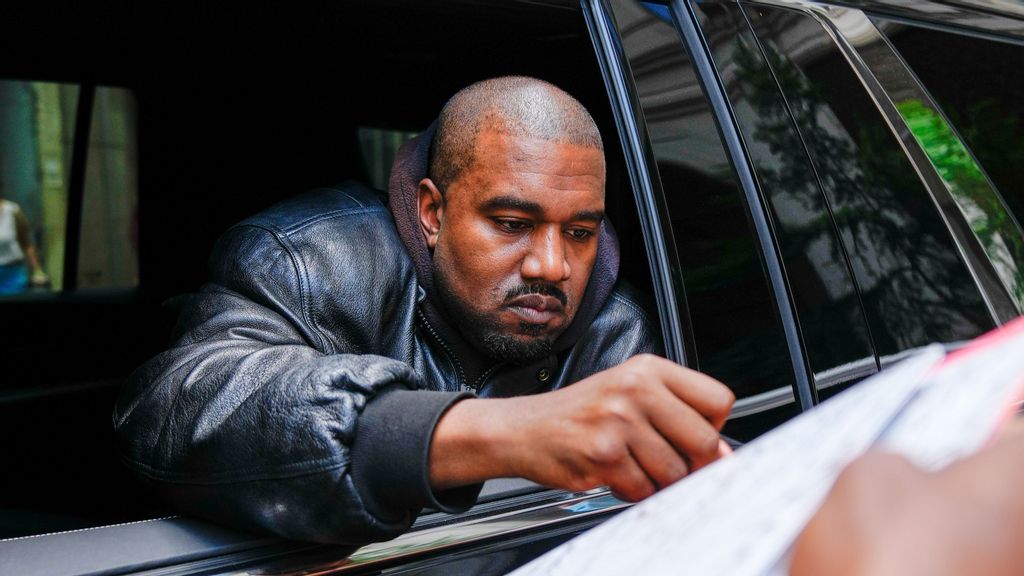 Ye, formerly known as Kanye West, arrives at the Balenciaga show on May 22, 2022, in New York City. It is reported he's living a nomadic lifestyle where his former business manager is attempting to sue for unpaid retainers. GOTHAM/JNS

Rapper Ye’s former business manager Thomas St. John is having a hard time tracking down his former client to serve him with a $4.5 million lawsuit alleging breach of contract for unpaid fees.

St. John claims that Ye, formerly known as Kanye West, is in breach of a $300,000 monthly agreement. St. John worked for Ye for three months and was not paid. Others Ye has allegedly failed to pay include the owners of his Yeezy business headquarters in Los Angeles, who recently threatened to initiate eviction proceedings after two months of unpaid rent.

St. John’s suit cannot progress until Ye receives the paperwork and lawyers have struggled to find an address for his current whereabouts. Reports say that while Ye has been spotted around Los Angeles he has apparently been living as a nomad for months, traveling widely. The Twitter post read: “Kanye West has reportedly been missing and unable to find for weeks according to his ex-business manager.”

In the December 19, 2022, court filing exclusively obtained by The U.S. Sun, Thomas is seeking an extension of time to serve Ye and the other defendant, Yeezy LLC, the court docs.

He and his attorneys are asking to extend the time until the end of March due to multiple failed attempts to contact Ye according to the U.S. Sun.

As of right now, there is a scheduled case management conference set for April 2023.

The filing continued: “For Mr. West, despite our diligent efforts, we were unable to ascertain his current residential address, and therefore, have not yet made attempts to serve him personally. Instead, we have attempted to service him by mail at multiple possible addresses.”

According to the docs, he attempted to serve Kanye at “three separate addresses” in California – his homes in Hidden Hills, Malibu, and Calabasas.

The package to one address was returned to the sender.

Thomas and his team added: “We will continue to make diligent and reasonable attempts to serve defendants,” even going as far as hiring “appropriate agencies” to help them locate him.

Efforts have been made to serve Ye by mail at three addresses, and one package was returned to sender. St. John has filed for an extension through March to serve Ye with the lawsuit.

The lawsuit stems from a screaming match Ye engaged in with St. John in January, in which the rapper reportedly described the contract as “bull****” and taunted, “You’re insane for even thinking I would stick to it.”

Ye has made a string of antisemitic and pro-Hitler remarks since October and was recently named “Antisemite of the Year” by the StopAntisemitism NGO.

According to The Daily Mail, The lawsuit states that West has an unpaid balance of $900,000 as of October, and will owe an additional $3.6 million by November 2023, when the 18-month contract was set to expire.

West’s business empire, which once put his net worth at an estimated $1.8 billion, has crumbled in the wake of his multiple anti-Semitic tirades in recent months.

In October, the rapper was embarrassingly escorted out of Sketchers headquarters after showing up unannounced to pitch his Yeezy brand a day after being dropped by Adidas and having his songs banned by Peloton.

On December 1, West doubled down in a wild appearance on InfoWars alongside noted white supremacist Nicholas J. Fuentes, where the rapper proclaimed his ‘love’ of Nazis and admiration for genocidal dictator Adolf Hitler.

Even conspiracy theorist radio host Alex Jones, who is no stranger to controversy, seemed visibly uncomfortable at times during the broadcast, and sought to distance himself from West’s remarks.

Later the same day, new Twitter owner Elon Musk banned West from the service, weeks after personally reinstating him, after the rapper tweeted an image that appeared to depict a swastika inside the Star of David, a Jewish religious symbol.