Donald Trump’s Tax Returns Are Now Public: What You Need To Know 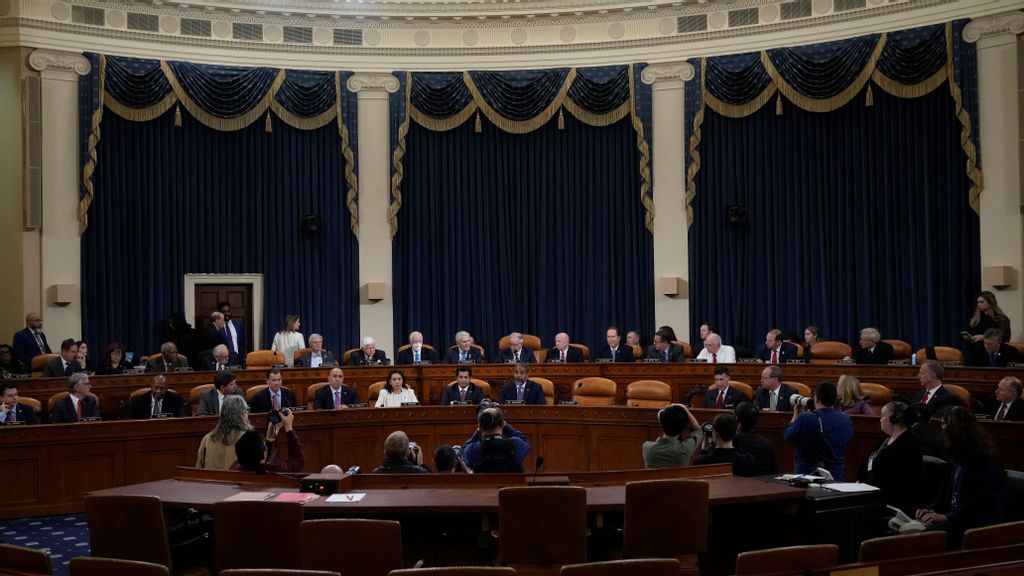 The House Ways and Means Committee convenes for a meeting on Capitol Hill on December 20, 2022, in Washington, DC. The committee is meeting to discuss former President Donald Trump’s tax returns and whether to release the information to the public. The former president's tax returns were made public showing his returns from 2015 to 2020 during his time in office including redaction. DREW ANGERER/BENZINGA

The House Ways and Means Committee released thousands of pages of President Donald Trump’s tax returns from the years 2015 through 2020 on Friday, giving Americans a detailed look into the former president’s finances during his time in office.

After a lengthy legal battle, the House Ways and Means Committee obtained Trump’s tax returns last month and voted to make the returns public last week. On Friday, the committee released the documents on their website at this link.

Trump broke with convention during his time in office by not publicly releasing his tax forms, but the House Ways and Means Committee gained access to the forms as part of an investigation into how the IRS audits presidential tax returns. U.S. presidents are not required by law to release their tax forms publicly, but the IRS is required to audit a sitting president’s tax forms each year.

Last week, the Joint Committee on Taxation released a summary of Trump’s tax forms. Forbes estimates Trump’s net worth at $3.2 billion, but the report revealed he declared negative annual income in 2015, 2016, 2017 and 2020. Trump also paid a total of $1,500 in income taxes in the years 2016 and 2017. Trump and former first lady Melania Trump also paid no federal income tax and claimed a $5.47-million refund in 2020.

Republicans, who will take over the House on Jan. 3, say the decision to release Trump’s taxes will open a new front in political warfare in which no one’s tax information — from that of Supreme Court justices to business and union leaders — will be immune from disclosure.

Rep. Kevin Brady, the top Republican on Ways and Means, said according to Politico, “Democrats have charged forward with an unprecedented decision to unleash a dangerous new political weapon that reaches far beyond the former president, overturning decades of privacy protections for average Americans that have existed since Watergate.”

Trump’s tax forms confirm the findings released in the Joint Committee on Taxation report. Trump critics have said his tax forms as an example of him avoiding taxes and generating huge net losses despite branding himself as a savvy businessman. Yet Trump and his supporters have said his ability to navigate the tax code to avoid a heavy tax burden is simply an example of his business and financial acumen.

In a statement on Friday, Trump said his newly released tax forms “once again show how proudly successful I have been and how I have been able to use depreciation and various other tax deductions as an incentive for creating thousands of jobs and magnificent structures and enterprises.”

That raises the question whether “the loans were bona fide arm’s length transactions, or whether the transfers were disguised gifts that could trigger gift tax and a disallowance of interest deductions by the related borrowers,” the JCT said in its report.

Trump has announced he will be running for president again in 2024, and there doesn’t appear at this point there any major bombshells in his tax forms that would meaningfully impact his campaign.

The Joint Committee on Taxation flagged several questionable items in Trump’s returns, including large interest payments Trump received from his children that could potentially indicate Trump was disguising gifts. Tax experts and journalists will continue to sort through the large document trove throughout the day looking for any additional newsworthy details.

Given how hard Trump fought not to release his tax forms, Democrats were likely hoping they would contain clear evidence of wrongdoing. Online prediction market PredictIt currently puts Trump’s odds of winning the 2024 election at just 15%, behind incumbent President Joe Biden and Florida Gov. Ron DeSantis at 32% each.

«Previous Post
In Interview An Whoopi Goldberg Seems To Not Know That Nazis Forced Jews To Wear Armbands »Next Post
Mark Cuban On Donald Trump Changing Politics Forever: ‘Trump Has Been Political Chemotherapy’