Citigroup Passed On Alameda Research Partnership Due To Lack Of Risk Management: Report 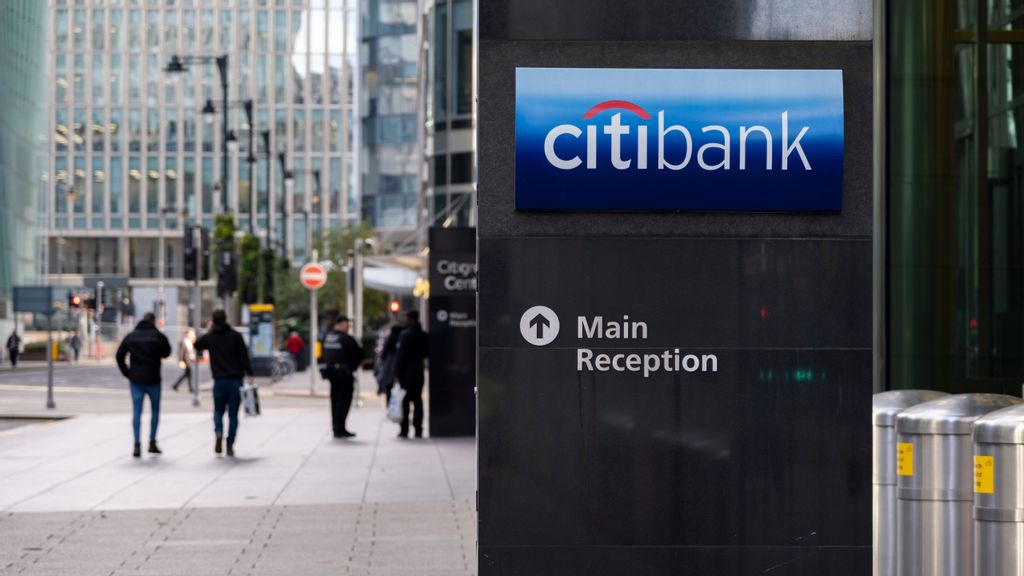 Citibank building in Canada Square, at the heart of Canary Wharf financial district on 14th October 2022 in London, United Kingdom. Canary Wharf is an area located near the Isle of Dogs in the London Borough of Tower Hamlets and is defined by the Greater London Authority as being part of London's central business district. Citigroup considered partnering with Alameda Research, a now-bankrupt crypto trading firm, to launch a crypto lending business in 2020, but decided against it due to concerns about the firm's lack of risk management. MIKE KEMP/BENZINGA

Banking giant Citigroup considered partnering with Alameda Research, a now-bankrupt crypto trading firm, to launch a crypto lending business in 2020, but decided against it due to concerns about the firm’s lack of risk management.

“The thing that I picked up on immediately that was causing us heartburn was the complete lack of a risk-management framework that they could articulate in any meaningful way,” said Austin Campbell, the former co-head of digital assets rates trading at Citigroup in a recent media interview.

Known for its secretive nature and lack of transparency, Alameda Research had a reputation for applying Wall Street-style strategies to the crypto world, but struggled with investing and was known for taking risky bets on cryptocurrency and startups.

The algorithm was meant to make numerous automated and rapid trades, but the firm ended up losing money by incorrectly predicting price movements.

In 2018, Alameda lost almost two-thirds of its assets due to the Ripple token’s price drop and was on the brink of collapse.

CEO Sam Bankman-Fried reportedly managed to save the trading firm by obtaining funding from lenders and investors with the promise of returns of up to 20% on their investment.

In January 2019, Alameda sponsored the inaugural Binance Blockchain Week conference, and Bankman-Fried used the event to connect with investors and secure funding for his struggling trading firm.

In April 2019, FTX was established with the intention of offering a secure environment for institutional investors.

In November 2022, both Alameda and FTX filed for bankruptcy protection, leaving customers owed billions of dollars and damaging confidence in the crypto market.

Bankman-Fried, who has been accused of fraud and other crimes by federal prosecutors, is expected to plead not guilty at a hearing on Jan. 3.

Alameda CEO Caroline Ellison and co-founder Gary Wang have both pleaded guilty to fraud charges and are cooperating with prosecutors.

Other people familiar with the matter said SBF sought lenders in Jan. 2019 at a Binance Blockchain Week event in Singapore. While Alameda sponsored the event with $150K, the conference was allegedly used by SBF to solicit lenders and a pamphlet was handed out to potential investors. The pamphlet claimed Alameda held $55 million in assets under management (AUM) but whether that data was factual remains to be seen. By Feb. 2019, SBF decided to move Alameda from California to Hong Kong. Former associates said that during the crypto bull run in 2021, Alameda made roughly $1 billion in profits, but when the bull run ended, SBF’s bets began to sour.

In the transcript of her plea hearing, Ellison said, “From 2019 to 2022, I was aware that Alameda was provided access to a borrowing facility on FTX.com, the cryptocurrency exchange run by Mr. Bankman-Fried.” She admitted that she “understood that executives had implemented special settings on Alameda’s FTX.com account that permitted Alameda to maintain negative balances in fiat currencies and cryptocurrencies.”