If He Ran For President, Mark Cuban Says He Would Run As A Republican 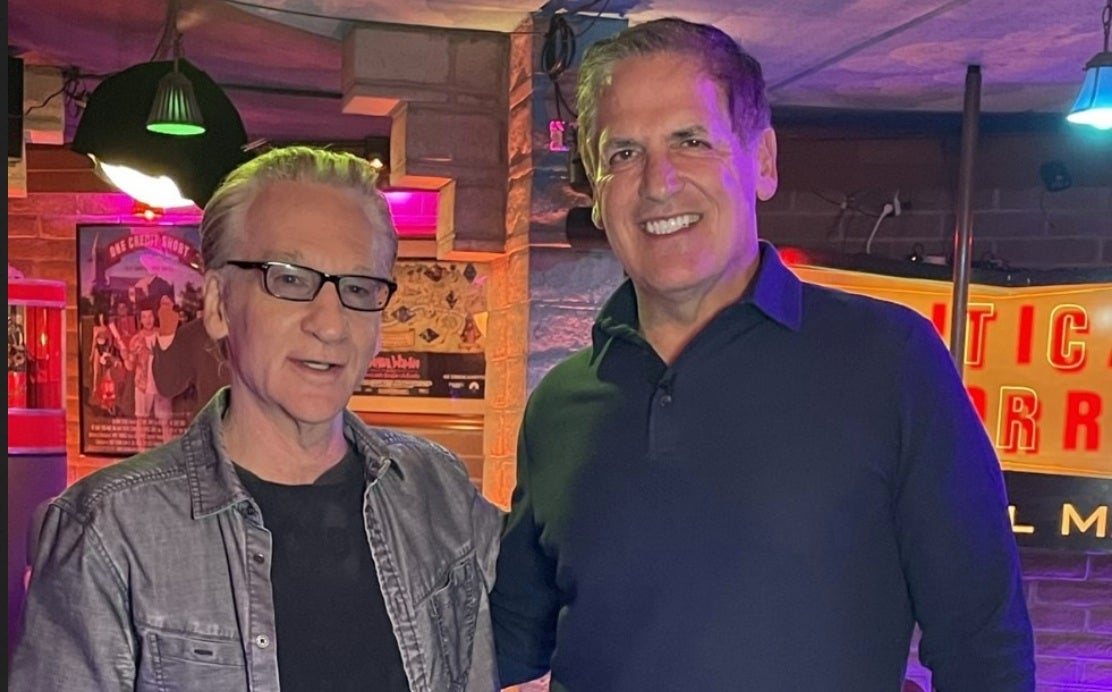 Mark Cuban with Bill Maher in the backstage. Cuban denied any speculation running for president. TWITTER/BENZINGA

Mark Cuban is an entrepreneur, “Shark Tank” host and owner of the Dallas Mavericks NBA team.One title that likely won’t be added to his resume is U.S. President.

Cuban recently told Bill Maher on the “Club Random” podcast that he has no intention of running for president though he would do so as a Republican.

Cuban also said he didn’t think former President Donald Trump was going to win the 2016 election because he wasn’t a ‘Stepford candidate,’ or someone that follows rules.

“I think you’d be a fabulous president,” Maher said.

Cuban also told Maher that he couldn’t do it because of his family and how every inch of his life would be analyzed.

“Every story, everything you’ve ever done, every picture that’s ever taken about you. There’s no f***ing way.”

Cuban told Maher that he is an independent when it comes to politics.

When asked if he had to pick a party to run for politically, Cuban said he would run as a Republican.

“Because I can f*** with them more, and I think they’re more pragmatic. But I think Democrats are smarter.”

Maher argued that Democrats might be more boxed into their political identity, while Cuban says Republicans get boxed into being “anti-Roe” — a reference to political leanings towards abortion issues.

According to Axios, Cuban also criticized primary elections, saying people who vote in them often have the most “extreme views,” making candidates more likely to try to appeal to those “extreme” voters.

Maher also pointed out to Cuban that being a white man could hurt his chances of running as a Democrat with the party being more diverse-focused.

Cuban agreed and said there’s “no chance” that the 2024 Democratic presidential ticket is two white men.

Both Cuban and Maher said they are for diversity, but parties often focus not on the candidates.

“We’re in a duopoly. There’s no world of Republicans and Democrats where they come up with the best candidates. There’s just no world where that exists, Cuban said.

«Previous Post
How Long Does It Take Someone To Thrive At A New Job?»Next Post
US Jewish Groups Criticize Netanyahu’s Conservative Israeli Government