When diagnosed with cancer, John Carey used his music to get him through the difficult days.
By Percy Lovell Crawford December 29, 2022
Facebook
Twitter
Linkedin
Email 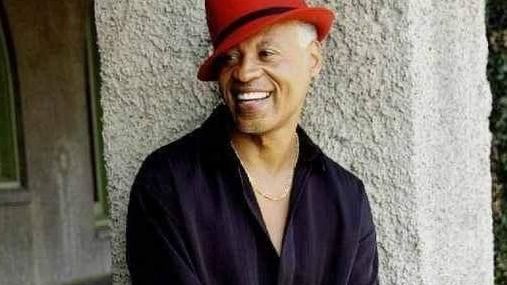 ATLANTA — As a kid growing up in the projects of Southside Chicago, John Carey found his passion for music, more specifically the guitar. However, he couldn’t afford his own, so he settled for playing the guitars of relatives and friends. His first summer job paycheck landed him in a pawn shop where he purchased his first guitar, and as they say, the rest is history. He was well on his way to becoming a jazz great. His career spans over a half of century and he has worked with some of the legends in the genre in some capacity. After the success of his 2021 album, “The Journey Home,” Carey returns early 2023, with a Valentine’s Day single release, titled, “I’ll Be The One.” After overcoming cancer, Carey realized how intricate of a role, music, writing, and performing is to him.

Mr. Carey spoke to Zenger News about overcoming cancer, the importance of the performance, and his new album.

Zenger: “The Journey Home” album was a international hit for you. I’m sure you are proud of that project.

Carey: Yes! I think I had 5 or 6 #1 songs in the UK from that CD. It’s been wonderful. People are receiving it and that’s why I record.

Zenger: Coming from the inner city of Chicago and creating something appreciated worldwide, how does that make you feel?

Carey: It’s awesome! I have my studio here in my home. As I sit here and write, my goal is not any of those things. My goal is to release what God has given. Once I do that, I’m open to whatever is next. I’m from the projects of the Southside of Chicago, to come from that surrounding to where a lot of us don’t make it out. It’s a blessing to survive as long as I have and have the stories to tell.

Zenger: Did you ever think your music would take you globally?

Carey: I was in the local bands and the high school bands, but everybody is telling you, don’t do this music thing because it’s a hard road. I’m listening and I’m taking on a regular job, but I had to do the one that my heart said to do. My heart said, try to do this music. I always had a knack for writing. That part didn’t bother me. At 17, I was writing.

Zenger: You pick up a guitar and you become great at it. I’m sure that didn’t happen overnight. What was that process like?

Carey: I couldn’t afford a guitar. I had a friend of mine in the building that we lived in, he had one. And my cousin had a guitar. My friend taught me a couple of cords. My cousin had one sitting in the corner. He bought it and didn’t do anything with it. I would always go to their house and pick up their guitar. He would ask if I was going outside, but that’s not the reason I came over (laughing). I realized I needed to get my own guitar, so I got a summer job. That first paycheck went straight to the pawn shop and bought a guitar. That was it. That was the beginning of the love. Today, I have about 13 or 14 sitting around here.

Zenger: Do you have a favorite guitar?

Carey: I have a pink and white, I picked it because of the cancer situation. It’s very playable. I named it after my mom [Eunice].

Zenger: When you were diagnosed with cancer, was the mentality to put everything on hold and deal with it, or did you deal with it through your music?

Carey: I dealt with it through my music. The day that I was told, you do the whole, “Why me?” The best thing my doctor told me was, it’s not a death sentence. Once she told me that I had to keep it moving. She said, “You do need to go to chemo right away.” I went to chemo. That was the hardest part of the cancer because chemo is not easy for anybody. Right after 6 hours of chemo, I would have a gig. I’m a performer, so I’m at the show performing and go run into the bathroom on break throwing up and come back and perform again. Music is first, cancer is always going to be after that.

Zenger: I’m sure cancer brought you closer to music.

Zenger: You have been around music for so long that you experienced the changes not just in the creative process, but the way it’s put out now. Has that changed your approach?

Carey: It messed with me for a minute because I couldn’t understand how we were going to survive with streaming. I wrote a lot of music on streaming, and it got to me because, anybody can get your music. They don’t have to buy it; they just pay this fee to this company, and they can listen to your music 24/7. That got to me because I saw my payments go from $500-$600 to $100, because nobody’s buying CD’s. They could listen to your entire catalog. I’m cool with it now. I see why they done it. It still doesn’t work for the artist.

Zenger: Is the goal to create another, “The Journey Home,” do you attempt to top it, or just continue the formula you’ve always followed?

Carey: I try my best just to write. Sometimes I walk in this room, and I don’t have any clue what I’m about to write. By the time I go downstairs and get my coffee, get my guitar, and come back up, there goes an idea. God says, just write something every day.

Zenger: When can we expect the new project?

Carey: I have a date for the new single, it’s called, “I’ll Be The One,” and it will be out for Valentine’s Day. I recently got the bass put on it. The drummer’s got it now. That’s the coolest way to do things nowadays. If I need live drums, I just make a song, call the drummer, send him the track, he put his drums on it, send it back to me, and I put it back in the mix. Those are the cool things that you can do nowadays. This guy is out there in Ontario, California and I’m in Fairburn, Georgia, and we can create music together.

Zenger: Any artists you would like to work with who you haven’t had the opportunity to play with yet?

Carey: Wow! Even though I opened up for George Benson, I never played with him. I had the opportunity to go to his house and chill and play. His wife offered me to do that. I was too scared. I’m such a groupie of George Benson. In the back of my head, it’s like, John, you get over there and you knock over something that’s expensive and now you’re done in the industry (laughing). I always thought about that, so I just kept the relationship how it is. Sometimes you gotta leave things alone. As I look back on it now, I think I should’ve taken that opportunity.

Zenger: You write, you play, you perform, which are you enjoying the most at this stage of your illustrious career?

Carey: I’m enjoying playing more. There was a time when I was really sick, I couldn’t play for about a month. That time alone made me appreciate playing. I wanted to come in and play and my fingers didn’t work. I could barely walk some days. So, I’m at that point where I need to play every single day.