Eleven Candidates Running For Mayor Of Chicago In 2023 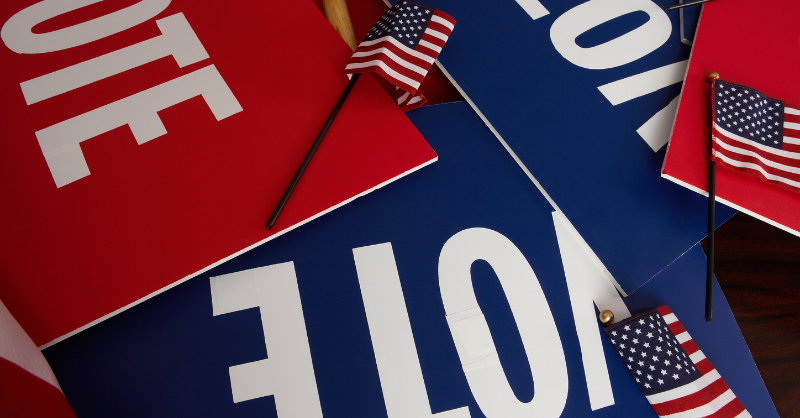 American flags on top of vote sign in preparation for the Chicago mayoral election. Chicago will be hosting it's mayoral election this coming February. CONTRIBUTOR/BALLOTPEDIA

Eleven candidates are running for mayor of Chicago, Illinois, in the February 28, 2023, general election. If no candidate receives more than 50% of the vote, a runoff election will take place on April 4, 2023. The filing deadline for this election was November 28, 2022.

“When we looked at the amount of fraud in the tens of thousands of signatures that were fraudulently signed, we just said we just had to do something about this,” Green said in a media interview.

But, Green is himself facing signature challenges from Wilson.

“He doesn’t have enough signatures. We went through them at the board, compared the signatures and the registration records on the petitions to what’s on the board’s records and he didn’t have enough valid signatures of registered voters,” Andrew Finko, Wilson’s attorney.

Lightfoot was elected mayor in 2019. Lightfoot won 17.5% of the vote in a 14-candidate field in the general election. In the runoff, she defeated Toni Preckwinkle 74% to 26%. Lightfoot has campaigned on her record as mayor, saying she “led the city through the unprecedented challenges of a global pandemic with tough, fair leadership — all while keeping or over delivering on campaign promises.” U.S. Sen. Tammy Duckworth (D), U.S. Reps. Danny K. Davis (D), Robin Kelly (D), and Bobby Rush (D), two city aldermen, and the LGBTQ Victory Fund endorsed Lightfoot. Lightfoot is affiliated with the Democratic Party.

Garcia was elected to the U.S. House as a Democrat in 2018. Before serving in Congress, he was a member of the Cook County Board of Commissioners, the Illinois Senate, and the Chicago City Council. Garcia said his time at multiple levels of government would help him serve as mayor. “Mark my words: my values and my commitment to build a better, more inclusive Chicago has never wavered. I’m the only candidate in the race with the experience of serving the city at every level of government,” he said. Four members of the state legislature, two city aldermen, and three railroad unions endorsed Garcia.

Johnson was elected to the Cook County Board of Commissioners as a Democrat in 2018. He was a teacher with Chicago Public Schools and an organizer with the Chicago Teachers Union (CTU). Johnson highlighted his experience in education and said he is “the only candidate who has been a leader in our communities in the fights for fully funded public schools, affordable housing, green jobs and access to mental health care.” U.S. Rep. Delia Ramirez (D), two city aldermen, the CTU, and Service Employees International Union endorsed Johnson.