Kirk Cameron speaks about the cultural significance of the film, Lifemark, in the wake of Roe vs Wade being overturned
By Lennox Kalifungwa December 21, 2022
Facebook
Twitter
Linkedin
Email 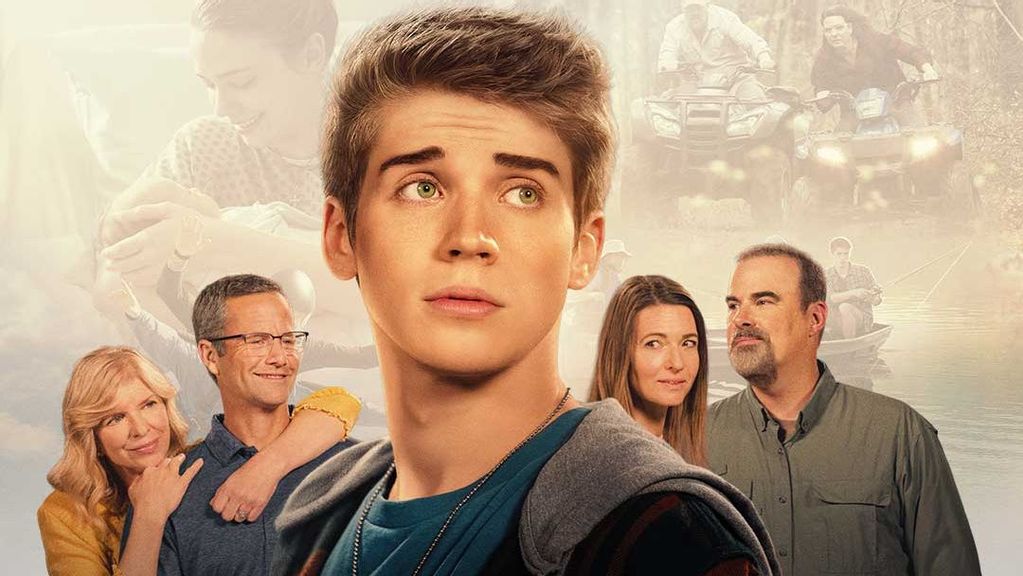 A promotional poster of the movie LIFEMARK, released in September, 2022. It is a film about a young woman's decision to keep her baby which led to an incredible union. COURTESY OF LIFEMARK MOVIE

A new Christian film touches on numerous themes regarding faith and the value of family, but it also lends its voice to the sensitive controversy around the topic of abortion.

Released in theaters six weeks after the Supreme Court’s decision to overturn the ruling of Roe vs. Wade, the film subtly disturbs a social decorum that placates the idea that abortion is a matter of subjective consciousness and not one with moral and ethical implications.

“Who would’ve thought in our lifetime that Roe vs. Wade would be overturned and with the nation in hot debate over this issue? Here comes a movie that is now released in the movie theaters celebrating the value of life and the beauty of adoption. And I couldn’t be more excited about that because it’s got the conversation moving and I think moving in the right direction.” said Kirk Cameron, a co-executive producer who also starred in the film. “This isn’t just some rhetorical cage match between people on opposing sides of an issue. We’re talking about life and the value of life. And then here in America, we say that we value life, liberty, and the pursuit of happiness, but without life, you don’t have liberty. You don’t have the pursuit of happiness.” he further said.

The plot of the film is about a woman who, having given her biological son David up for adoption, reunites with him after almost two decades of wondering whether he hates her for not keeping him. Her anxieties are quelled when David expresses his gratitude to her for making this choice, without which he wouldn’t possess a loving family and a healthy upbringing. The heavy theme of the film was softened by numerous scenes full of humor, playfulness, and wit. Although many faith based movies use rhetoric that non-religious viewers struggle to comprehend, this movie keeps its use of language simple for all to understand.

Kirk Cameron and the Kendrick Brothers were the executive producers of Lifemark, teaming up for a second time after their successful first film together, Fireproof, the marriage-centered film that was touted as the #1 inspirational movie of the year at the time. Directed by Kevin Peeples, this faith based film has received overwhelming positive reviews from both supporters and critics.

“We have really not gotten the critiques yet. We’re waiting for them. On Rotten Tomatoes, if you go look it up, you’ll find that we got an audience score of 97%, which is phenomenal. But even more incredible is that the critics at Rotten Tomatoes gave us 100%.” said Cameron. “So normally every movie, even the best of movies, are balanced between good and bad critiques. We’re still waiting for the bad critiques. We’re not sure why they’re not there yet, but we couldn’t be happier with the impact that the movie’s having on people who see it.” Cameron said further.

Set between New Orleans, Louisiana and Columbus, Indiana, the film is a dramatized depiction of a real life story captured in a documentary called I Lived On Parker Avenue, which highlights the story of how a young teenage boy, David, took a journey to meet his biological mother for the first time since he was born. Played by Raphael Ruggero, David is a high-school senior who struggles with people knowing he is adopted, but this all changes when his biological mother reaches out and asks to meet him.

For Cameron, this film was more than just an opportunity to play another role as David’s adopted father Jimmy, it depicted a reality that forms a big part of what his family is today. “I had a little bit of help as the adoptive father Jimmy in the movie, primarily because I am an adopted father myself. My wife and I have six children and four of them are adopted. My wife is also an adopted child, and so adoption has formed our family and I felt those real life feelings and emotions”

Perhaps the most gripping scene in the film is when Melissa, played by Dawn Long, takes David to an old building where two decades prior she almost underwent an abortion before changing her mind whilst on the operating table. In tears, she apologizes to David for almost going through with the abortion. “Those few seconds, you wouldn’t be standing here. I would have killed you. I’m so sorry.” she said. With tears in his own eyes and after pulling Melissa into an embrace, he responds by saying, “Don’t be. You let me live. There’s nothing to be sorry for”.

Several Hollywood production companies did not want to get involved with Lifemark out of fear that the film would cause offense for its pro-life affiliations. However, Cameron takes comfort in the cultural impact made by the movie.

“I heard a great story of one man who saw Lifemark in the movie theaters, and it was several days later that he was driving his car. He was an Uber driver, and he picked up a young lady and began to drive her. And he noticed that the address he was taking her to was an abortion clinic.” said Cameron recalling the events of the story,”He gets her on the phone with someone at a pregnancy resource center who counsels her, helps her find a good church, reunites her with her estranged family, and she watches the movie. She has a renewal of faith in God at church and chooses life and adoption for her baby. That’s an incredible story and impact just coming from a movie in the movie theater.”

Cameron is best known for his starring role in popular 1980s sitcom, Growing Pains, in which he played the role of Mike Seaver. As a Christian, he has dedicated his life to promoting faith in God and strong family ideals through the forums of education and media. He is not afraid to assume responsibility for being a voice for faith, life, and liberty in the midst of a fierce cultural war.

“I think it’s a blessing that we do not live in uneventful times. We live in a time where the world is on fire in so many different ways, politically, morally, spiritually, economically, and we get to be here. I wanna be one of the wise men, not one of the fools in this story.”