Three cities have been shortlisted by an expert jury and will be voted on by citizens.
By Alberto Arellano December 20, 2022
Facebook
Twitter
Linkedin
Email 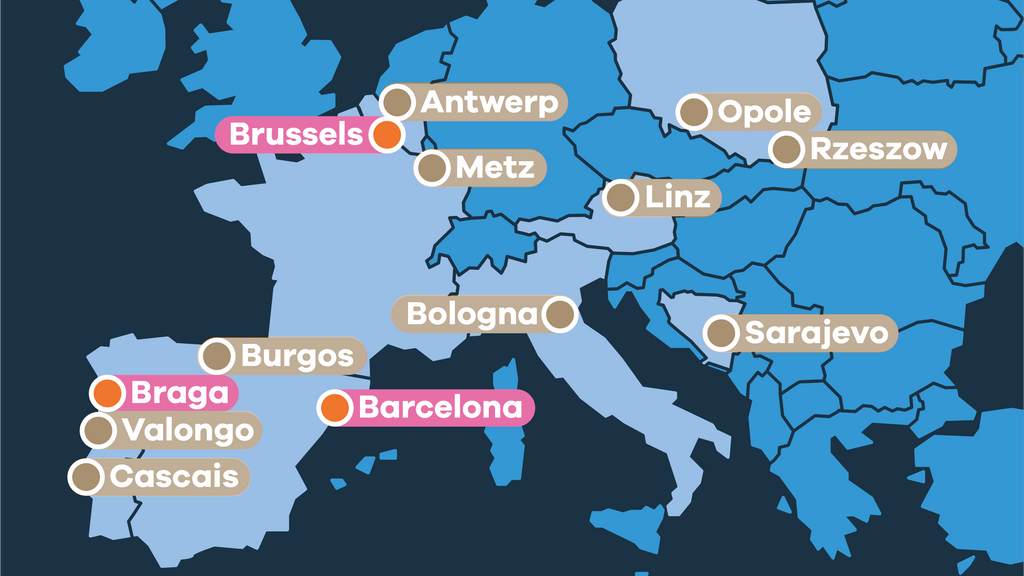 The three finalists, Barcelona, Braga and Brussels, were selected from among 13 candidate cities. (ECOD)

Three western European cities have been selected as finalists to receive the title of ‘European Capital of Democracy’. Barcelona (Spain), Braga (Portugal) and Brussels (Belgium) have all made the cut according to an expert jury.

The title will be granted by a citizens’ jury of up to 10 thousand Europeans in January 2023.

“We know that our initiative already has a powerful impact, since the thirteen candidate cities have been very imaginative in coming up with plans for further democracy projects,” said Helfried Carl, founder and Advisory Board member of the European Capital of Democracy.

Although a private initiative, the title ‘European Capital of Democracy’ will enjoy a wide range of benefits, claim the organizers, such as a boost in civic pride, an enhanced international reputation as a centre of education and innovation, and the opportunity to host international events and meetings of leading European politicians.

After a series of visits to candidate cities, the expert jury convened at the beginning of December to evaluate and select the three finalists.

Barcelona, Braga and Brussels were chosen, according to a press release, because of a “multifaceted approach towards democracy, with innovative civil society projects, and the proven ability to collaborate and inspire action across borders.”

Those selecting the finalists  included Antonella Valmorbida of the European Association for Local Democracy and European Partnership for Democracy, Bruno Kaufmann of Democracy International, Amina Krvavac with the War Childhood Museum, Robert Krimmer of the Skytte Institute at University of Tartu and Jaimie Just with the Council of European Municipalities and Regions.

“Our city visits were inspiring. We saw amazing projects at the political, administrative and civil society levels. The efforts all these cities are making to include citizens and to have a long term impact on communities is very clear,” said Antonella Valmorbida, Chairperson of the experts’ jury.

Long term, the intention is to provide member cities further incentive to innovate as well as the opportunity to highlight democratic best practice, with the mayors of all member cities able to present their most successful democratic projects each year.

The European Capital of Democracy initiative was launched by ECoD gemeinnützige GmbH together with The Innovation in Politics Institute, based in Vienna and Berlin, with partners in 16 European countries.