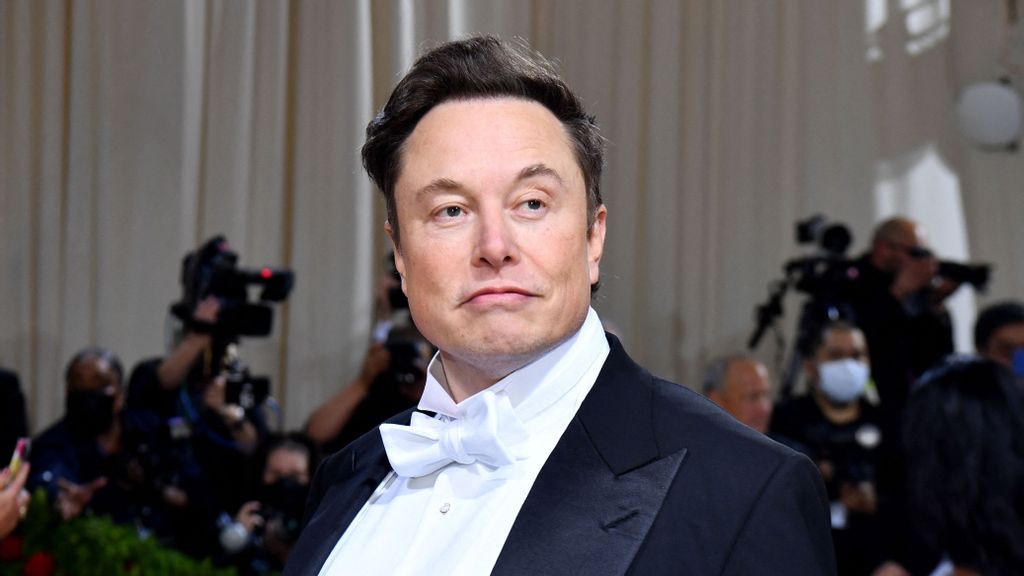 CEO, and chief engineer at SpaceX, Elon Musk, arrives for the 2022 Met Gala at the Metropolitan Museum of Art on May 2, 2022, in New York. - The Gala raises money for the Metropolitan Museum of Art's Costume Institute. The Gala's 2022 theme is In America: An Anthology of Fashion. (Photo by ANGELA WEISS / AFP) (Photo by ANGELA WEISS/AFP via Getty Images)

EU officials have threatened Elon Musk with sanctions and fines— up to six percent of Twitter’s gross revenue— for banning former MSNBC host Keith Olbermann and reporters from CNN, the New York Times, and the Washington Post.

Olbermann famously used his network anchor chair to broadcast the sending of his first tweet. One of his supporters posted that video, calling Olbermann one of “the fallen” as if he were a soldier dying in combat.

This may be the first time that European officials have saddled up to rescue American progressive journalists.

The German Foreign Ministry officially condemned Twitter: “#Pressefreiheit [press freedom] must not be switched on and off at will. As of today, the journalists below can no longer follow, comment or criticize us. So we have a problem@Twitter.”

“News about arbitrary suspension of journalists on Twitter is worrying,” said V&ecaron;ra Jourov, Vice-President for Values and Transparency in the European Commission. Long a critic of Musk’s, Jourová used Twitter to warn Musk directly. “EU’s Digital Services Act requires respect of media freedom and fundamental rights. This is reinforced under our #MediaFreedomAct. @elonmusk should be aware of that. There are red lines. And sanctions, soon.”

Under the EU’s Digital Services Act, Twitter could be fined up to 6% of its gross annual revenues, a penalty that could top $180 million. Twitter is not expected to report profits this fiscal year. The EU’s Digital Service Act was adopted into law on November 16, just weeks after Musk acquired Twitter on October 27 for $44 billion.

A member of the French parliament, Eric Bothorel, also condemned Musk’s banning of the U.S.-based reporters and joined the chorus calling the bans an attack on “press freedom.”

Musk cited physical safety, one of the oldest provisions of the Twitter code of conduct, as the reason for the bans. Musk said that the media figures were implicitly threatening the safety of Musk’s children by revealing the real-time movements of Musk’s jet and other vehicles. Recently a masked, black-clad activist leaped onto the hood of a vehicle with one of Musk’s young children inside. Musk’s security shot video of the man that Musk called “the stalker.” “Any account doxing real-time location info of anyone will be suspended, as it is a physical safety violation. This includes posting links to sites with real-time location info. Posting location someone traveled to on a slightly delayed basis isn’t a safety problem, so is okay.” tweeted Musk on December 14.

Reporters for the New York Times, CNN, and the Washington Post were among those recently locked out of their accounts for promoting a site that tracked Musk’s movements.

The tweet from the European Union official comes as another potential conflict between Twitter looms. Social media platforms operating in the European Union must report their total number of users to the commission by February 2023.

Roughly 9% of Germans use Twitter, according to Statista, as compared to some 23% of American adults who use Twitter, according to Pew Research. The United States is, by far, Twitter’s biggest single market, followed by India. Upwards of 80 percent of U.S. Twitter users only read and never send tweets. However, New York and Washington D.C.-based journalists and political activists are disproportionately active on the service — giving Twitter’s policies an outsized sense of importance in media and political circles.