Couple Get Drunk On First Date And End Up In Paris: ‘It Was So Romantic’

Latvian tourist describes her night in Paris on with her date where they had no sleep and on an adventure in the city.
By Athena Stavrou December 15, 2022
Facebook
Twitter
Linkedin
Email 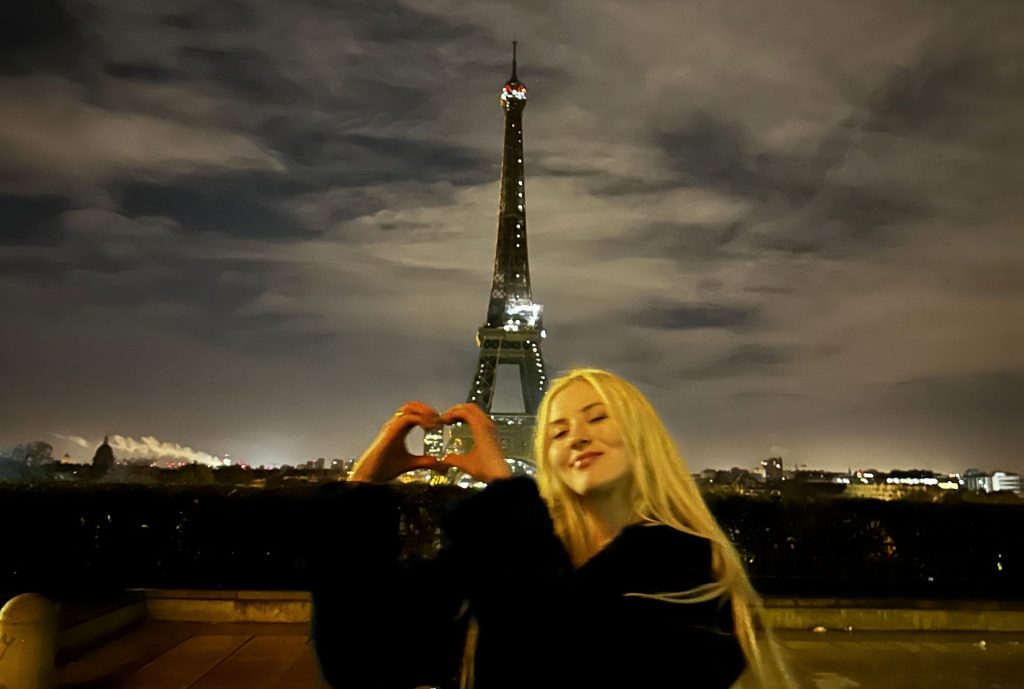 Evelina Parkere, of Latvia, went on a first date before getting drunk and flying to Paris with her mystery man. (Photo via SWNS)

A woman went on a first date before getting drunk and flying to Paris with her mystery man and says the whirlwind experience “was the most romantic date ever.”

Evelina Parkere, 22, spontaneously decided to go out on a date with an acquaintance after a bad day at work on Nov. 13.

She met a guy – who does not want to be identified – for a few drinks in Riga, Latvia, where they live.

After a few bottles of champagne, the pair decided to go to the airport and get the first flight to the “most romantic city in the world” – Paris, France.

They spent just over 24 hours in the city of love, rambling around the streets and drinking champagne under the sparkling Eiffel Tower, before returning home.

Since their trip, the pair have seen each other again, this time staying in Riga, and are in continuous contact.

Evelina, an influencer from Riga, Latvia, said: “It started with a drama at work; I really wanted to escape from everything, so I sat on my kitchen floor with a bottle of wine.

“I had met this boy a few times at events and things but never really spoken properly, but I decided to message him and say ‘Hi, I have a problem, do you want to listen?’

“He just said ‘let’s do it’ and so we ended up going for drinks and champagne – I felt so comfortable with him immediately.

“We got really drunk, and I don’t know where this came from, but I just suggested going to the airport, booking the first flight and going, and he immediately just said ‘let’s do it’.

“Within 30 minutes, we were at the airport looking at flights. The first one was to Paris early in the morning, so we booked it, slept six hours at the airport, and just went.

“The whole thing was so surreal, I was tipsy and tired as well, but it was a dream.”

The couple didn’t waste a minute of their time in the city of light – going without sleep for their entire stay.

Evelina said: “We didn’t care about all the touristy stuff. We just walked around, drank loads of champagne and had so much fun.

“I think the fact we were in a different country meant we didn’t care so much, and I could be more myself.

“My phone was dead the entire time and I just didn’t care. It was nice to escape and be 100 percent myself.

“When it got to around midnight I thought we should go back to the hotel and get some sleep before our flight home, but he said ‘no, we’re in Paris, let’s go to the Eiffel Tower.’

“It was so romantic, it was dark and there wasn’t a single other person there.

“We sat on the ground, listened to old French music, danced, twirled around, sang, played games and just messed around – we maybe shared a kiss also.

“When we came back home I had the worst hangover, but it was worth it.

“I haven’t been on a lot of dates, but I know this is my favorite – I’ll remember it forever.”