Zoe Saldaña Beams At ‘The Avatar: The Way Of Water’ Premiere In London 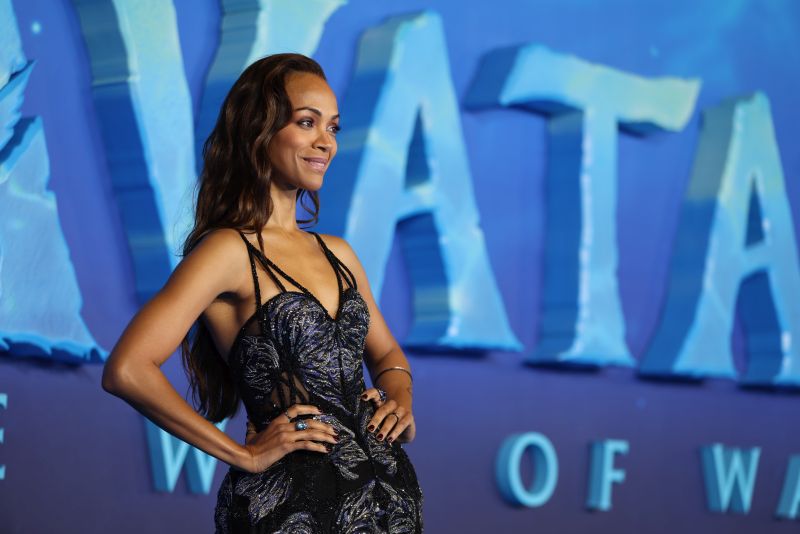 Zoe Saldana attends the World Premiere of James Cameron’s “Avatar: The Way of Water” at the Odeon Luxe Leicester Square on December 06, 2022 in London, England. (Photo by StillMoving.net for Disney)

Actress Zoe Saldaña attended the world premiere of James Cameron´s new film ‘The Avatar: The Way of Water’ on Tuesday, December 6 in London’s Leicester Square. Saldaña, who plays the role of Neytiri looked walked the red carpet with her husband Marco Perego.

Saldaña who is perhaps best known for her portrayal of Nina Simone in the 2016 biopic about the singer’s life is also increasingly known for her work in science fiction films. She has previously appeared in “Star Treak” and the “Guardians of The Galaxy” as well as the original Avatar. Indeed she appeared in three of the five top-earning .