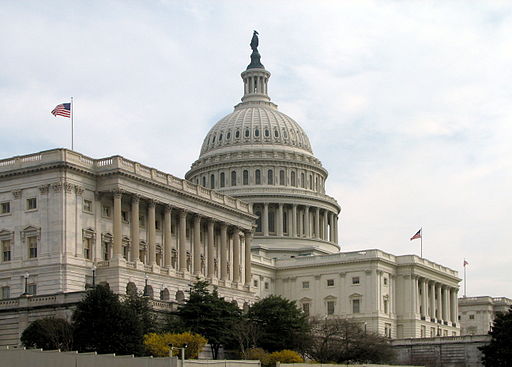 “Against unspeakable odds, here we stand together,” Warnock said.

Warnock and Walker were the top-two vote-getters in the November 8, 2022, general election, with Warnock winning 49.4% of the vote to Walker’s 48.5%. Libertarian Chase Oliver won 2.1% of the vote and did not advance to the runoff. In Georgia, a runoff is held between the two top finishers if no candidate receives more than 50% of the vote.

Warnock’s win means Democrats will expand their majority in the U.S. Senate from 50 seats to 51. Ahead of the election, The Cook Political Report’s Jessica Taylor wrote that “a 51-49 majority would give Democratic Majority Leader Chuck Schumer more flexibility in votes and no longer require a power-sharing agreement on committees. And Vice President Kamala Harris could make fewer trips to Capitol Hill for tie-breaking votes.”

“There are a good number of Republicans in the Senate and the House who are not MAGA Republicans – who know that, if the Republican Party follows the hard right and the extreme members in their caucuses, that they’ll continue to lose ground,” Schumer said, according to NPR. “It is my intention to reach out to them and say ‘How we can how can we work in a bipartisan way?’ “

This was the second Georgia Senate election in a row to go to a runoff. In 2020, Georgia held two elections for the U.S. Senate. In the regular election, incumbent U.S. Sen. David Perdue (R) and Jon Ossoff (D) advanced to a runoff after neither received the votes to win the general election outright. In the special election to replace U.S. Sen. Johnny Isakson (R), Warnock and incumbent Sen. Kelly Loeffler (R)—whom Gov. Brian Kemp (R) appointed to fill the vacancy created when Isakson retired—also went to a runoff. The runoffs occurred on January 5, 2021.

Before assuming office, Warnock served as the senior pastor of Ebenezer Baptist Church, where Dr. Martin Luther King, Jr. also served as pastor. Warnock’s campaign said, “As the 18th most bipartisan Senator, Reverend Warnock successfully negotiated investments for Georgia businesses to grow jobs in state and end our reliance on foreign countries like China, capped the cost of insulin for seniors to $35 a month, fought to keep open the Savannah Combat Readiness Training Center, and took on the shipping companies and big corporations making record prices while increasing costs for Georgians.”

Walker, a businessman and a Hall of Fame professional football player, represented the U.S. in the 1992 Olympics. Walker’s campaign said, “Herschel Walker is fully prepared to lower taxes and curb inflation, back law enforcement and fight back against crime. He will secure our border from drugs and illegal immigrants and take men out of women’s sports.”

As a result of a change in Georgia state law, the 2022 runoffs took place on December 6, not January 5. On March 25, 2021, Gov. Kemp signed Senate Bill 202, which shortened the time between a general election and a runoff from nine weeks to 28 days.

According to data from Open Secrets, candidate campaign committees and satellite spending groups had spent $416 million on the Georgia U.S. Senate election as of December 6, making it the most expensive Senate election of 2022. The race also ranked as the second most expensive Senate race ever, ahead of the 2020 special election between Warnock and Loeffler, and behind only the 2020 general election between Ossoff and Perdue.