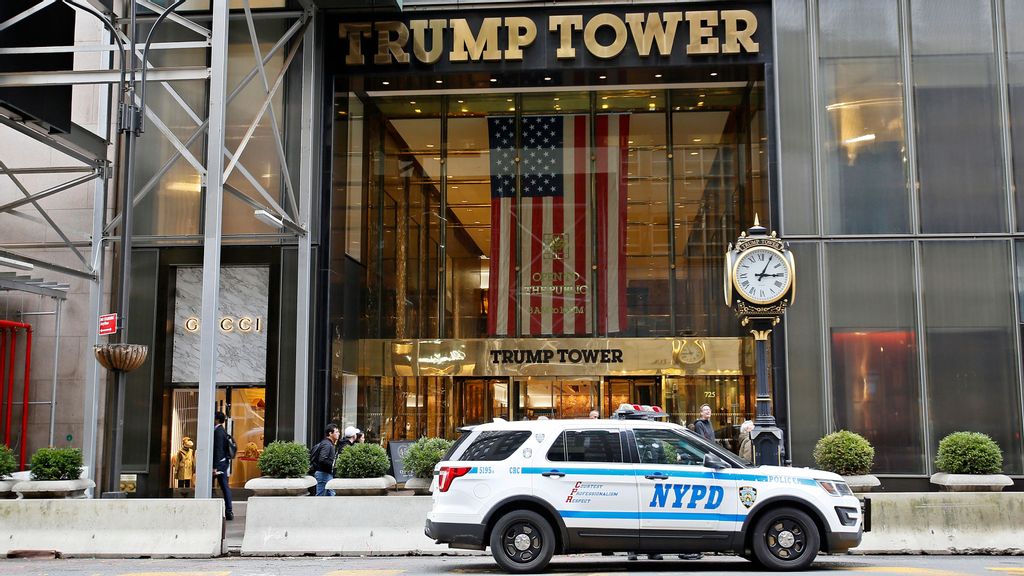 A NYPD car waits at the Trump Tower on October 24, 2022, in New York City. The Trump Organization was found guilty by a grand jury on all counts of tax fraud. LEONARDO MUNOZ/BENZINGA

Former President Donald Trump’s family real estate firm was convicted Tuesday of tax evasion and other financial crimes in what prosecutors called a “culture of fraud and deception” at the Trump Organization.

After more than a day of jury deliberation in State Supreme Court in Manhattan, the Trump Organization was found guilty on all 17 counts, including tax fraud, a scheme to defraud, conspiracy and falsifying business records, The New York Times reported.

“This was a case about greed and cheating,” said Manhattan District Attorney Alvin Bragg. “The Trump Corporation and the Trump Payroll Corporation got away with a scheme that awarded high-level executives with lavish perks and compensation while intentionally concealing the benefits from the taxing authorities to avoid paying taxes. Today’s verdict holds these Trump companies accountable for their long-running criminal scheme.”

The conviction stemmed from a long-running scheme in which the Trump Organization gave out off-the-books luxury perks to some executives.

Executives at the Trump Organization provided luxurious apartments, rented Mercedes-Benzes and paid for private school tuition for family, none of which was taxed, according to the report.

The Manhattan district attorney’s office, which was in charge of the case against two Trump Organization entities, had obtained a guilty plea from the scheme’s architect, Alan Weisselberg, the company’s long-serving CFO who was dismissed by Trump Org’s lawyers.

The Trump Organization’s lawyers said Trump and his company were “betrayed” by Weisselberg, and they accused Bender of failing to protect the company from Weisselberg.

“Weisselberg did it for Weisselberg,” the lawyers said repeatedly quoted on CBS, a phrase a prosecutor later called their “mantra.”

Lawyers for the Trump Organization have asserted that Weisselberg acted alone and that he bears sole responsibility.

In a statement, the Trump Organization pointed to Weisselberg’s testimony that he’d “betrayed” the company’s trust and “acted ‘solely’ for his ‘own personal gain’,”  and said: “The notion that a company could be held responsible for an employee’s actions, to benefit themselves, on their own personal tax returns is simply preposterous.”

Prosecutors alleged that two corporations that are a part of the company, Trump Corp. and Trump Payroll Corp., paid their “already highly paid executives,” including Weisselberg, even more by “cheating on their taxes” through a series of schemes that included off-the-books perks like luxury cars and free apartments.

While testifying, Weisselberg revealed that Trump’s children, Eric and Donald Trump Jr., were not penalized after they discovered in 2017 that Weisselberg and other executives had been cheating on their taxes.

But prosecutor Joshua Steinglass alleged in his closing that Trump “knew exactly what was going on” and was “explicitly sanctioning tax fraud.”

New York Attorney General Letitia James, whose office assisted in the investigation, called the verdict a “clear message that no one, and no organization, is above our laws.”

Trump and his children are not accused in the case, but the former president’s real estate company may face fines of up to $1.6 million.

Trump has blamed the trial on a politically driven witch hunt that he said has tarnished the Trump Organization as a felonious enterprise.

“It is a continuation of the Greatest Political Witch Hunt in the History of our Country,” Trump said. “New York City is a hard place to be “Trump.′ ”