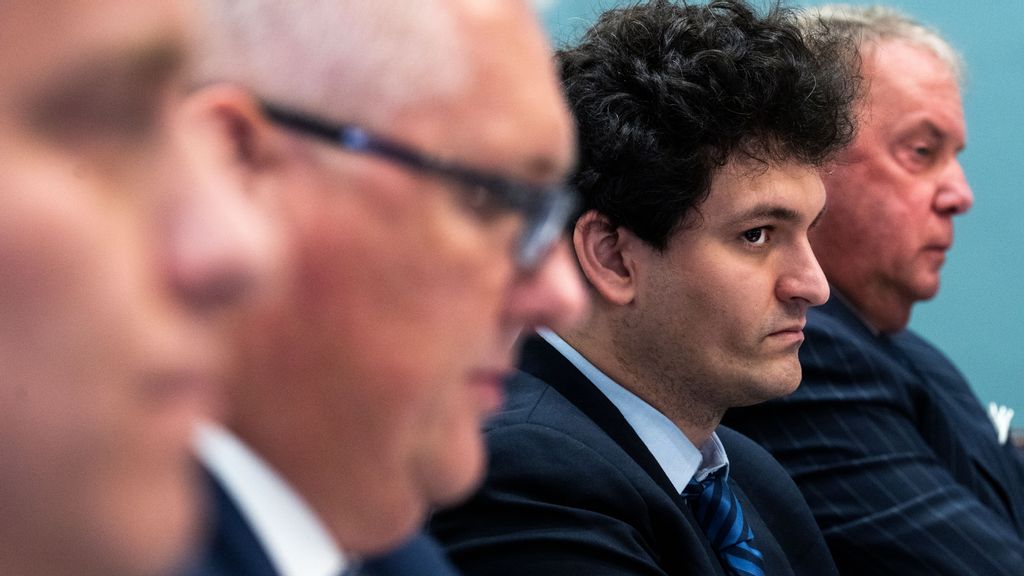 From right, Terrence A. Duffy, CEO of the Chicago Mercantile Exchange, Sam Bankman-Fried, CEO of FTX US Derivatives, Christopher Edmonds, chief development officer of the Intercontinental Exchange, and Christopher Perkins, president of CoinFund, testify during the House Agriculture Committee hearing titled Changing Market Roles: The FTX Proposal and Trends in New Clearinghouse Models, in Longworth Building on Thursday, May 12, 2022. Bankman-Fried had agreed to testify as Congress investigates the collapse of FTX. TOM WILLIAMS/BENZINGA

Bankrupt cryptocurrency exchange FTX’s co-founder Sam Bankman-Fried announced on Friday that he will testify before the U.S. House Financial Services Committee on Dec. 13.

In response to demands from committee chair Maxine Waters (D-Calif.), who had stated his appearance was “imperative,” Bankman-Fried tweeted on Friday that he was “willing” to testify.

Bankman-Fried stated his contribution would be little because he now lacked access to the personal and professional information needed to support the testimony.

“I still do not have access to much of my data — professional or personal,” Bankman-Fried tweeted Friday. “So there is a limit to what I will be able to say, and I won’t be as helpful as I’d like.”

FTX, along with its sister entity Alameda Research and 130 other affiliated companies had last month declared bankruptcy. Bankman-Fried also stepped down from his position as CEO.

In a tweet posted on Wednesday night, Waters stated that if Bankman-Fried chose not to appear, a subpoena was “DEFINITELY on the table.”

Since Bankman-Fried left, claims of poor governance, insufficient risk management, and improper use of customer funds have surfaced.

He supported a plan to regulate digital commodities prior to his resignation and was a powerful player in Washington.

Meanwhile, the suspension of FTX Japan had been extended by the country’s Financial Services Agency (FSA) until March 9.

A previous suspension order, put in place after FTX Japan stopped allowing user withdrawals, was due to expire on Friday.

The FSA restated its earlier stance, asserting it was essential to take all feasible precautions to guarantee that neither the interests of users nor FTX Japan’s assets were jeopardized.

Following the failure of Bankman-Fried’s cryptocurrency exchange in early November, Japan could be one of the very few countries where FTX customers might be able to get their money back.

In a notification published on its website today, FTX Japan stated the company was moving forward with the business improvement plan filed to the regulator on Nov. 16.

“Sam was so unhinged when we decided to pull out as an investor that he launched a series of offensive tirades at multiple Binance team members,” Changpeng Zhao wrote in a Twitter thread.

Although the company had been working on a strategy to refund user assets, it did not provide information on exactly when customers could anticipate receiving their money back.

The native cryptocurrency of FTX (CRYPTO: FjTT) soared on Friday when Bankman-Fried voiced his support for a plan to revive the exchange that was suggested by crypto influencer Ran Neuner.

“I continue to think that this would be a productive path for parties to explore! I *hope* that the teams in place will do so,” Bankman-Fried tweeted in response to Neuner’s proposal to restart FTX by issuing a new FTT token and giving it to creditors and depositors.